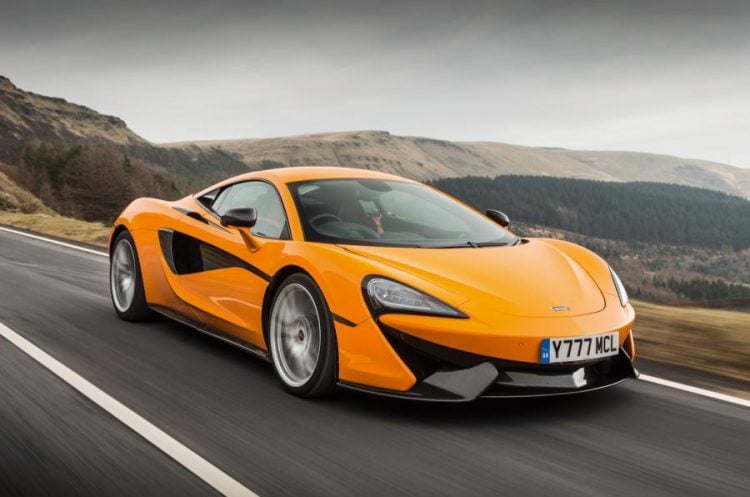 Bruce McLaren is known for designing and building some of the most unique and fastest sports cars ever made. Though his life was cut short in a fatal race car accident in 1970 at the age of 32 while making a trial run in one of his own cars, his legacy continues to live on with McLaren continuing to design and build the best sports cars and race cars today. McLaren cars and drivers have won 20 World Championships, making them one of the most successful teams in Formula One racing.

McLaren’s days in the driver’s seat as a competitive driver extended way beyond crossing the finish line behind the wheel. After a decade of driving, McLaren’s race car driving career took a turn to devoting his expertise to the design and building of race cars. His vision as an engineer, inventor, designer and tester made Bruce a genius in automotive. He built winning race cars that would win multiple titles in a range of different races and continue to hold a place in the world of racing.

His career started at the ripe age of 13 in a 1929 Austin Ulster. In 1965, the M1B became the official team car and in 1968, the Formula 1 McLaren M7A was born and at the Belgian Grand Prix, Bruce became the second driver to win a Grand Prix while driving his own car. McLaren’s desire to build the fastest road car started with the prototype M6GT and was the backbone of the later development of the F1 project that is now so well associated with his name. In 1981 McLaren merged with Ron Dennis’s Project Four Racing and every car made since has been a McLaren Project Four and every Formula One car starts with MP4.

With over 50 years of experience of creating some of the most iconic race cars in the history of auto racing, they used their expertise to design some of the most impressive sports cars for the road. McLaren has just revealed their first model in its Sports Series, the 570S Coupe. 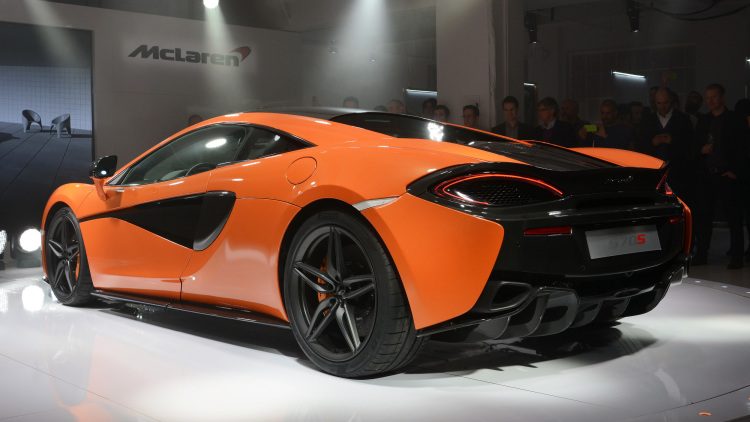 The 570S Coupe is a true McLaren with all the high performance levels and top of the line driving dynamics that you would expect from a McLaren. This is the first time McLaren has used his pioneering technologies of his race cars in the sports car series. The Sports Series does share the same DNA makeup with McLaren’s other two series; the Super Series and the Ultimate Series, and on April 1st, 2015, this three-tiered series were showcased together for the first time at the 115th New York International Auto Show.

This is a classic sports car that has been designed with a mid-mounted engine for better balance along with a lightweight carbon fibre chassis, and a rear wheel drive layout. The engine used is the M838TE twin-turbo V8 which produces 570PS (562bhp) and 600Nm (442lb ft), and all of this power is delivered through a seven speed SSG transmission. McLaren wanted this power transferred to the road in the most meaningful way, with the best control which is through Pirelli P-Zero Corsa Tyres. Now, to control that power, McLaren thought the best way to harness the power delivered by this sports car was with standard-fit carbon ceramic breaks.

A newly designed, wishbone suspension system makes this the 570S extremely nimble and incredibly reactive to every input by the driver. This suspension type was used for the all of the Sports Series and was given ‘Normal’, ‘Sport’ and ‘Track’ as the handling systems set on the Active Dynamics Panel. This gives the driver the ability to easily control the setting for driving on any type of road or track condition. So what does all this mean in the way of performance for the 570S? It means an unprecedented driving experience with a performance level so high, you’ll feel the thrill of being able to go from 0-124 in an unbelievable 9.5 seconds.

Other features include adaptive dampers and anti-roll bars. The pinpoint steering gives the driver a sense of control that makes driving fun, but there is also a level of comfort with the interior that surpasses what most would imagine in a super car. 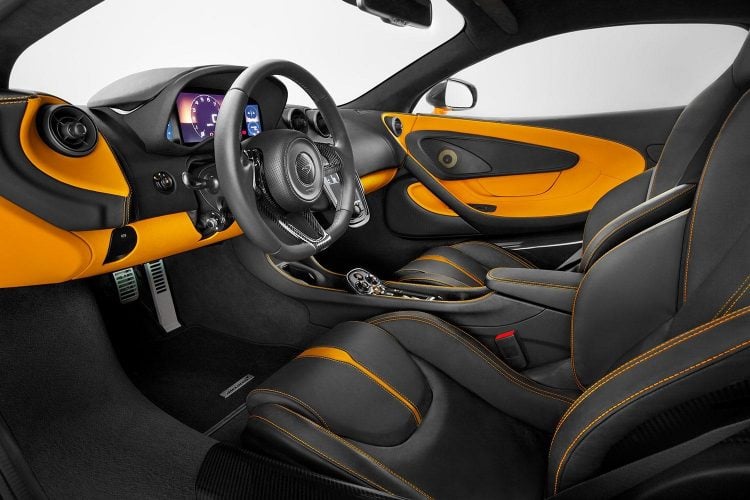 The interior of the McLaren 570S boasts of elegant and luxurious features that no other sports car offers. Only the finest, hand-stitched leather was used along with an advanced TFT instrument display that illuminates with sharp LCD graphics on a uniquely designed and highly sophisticated “floating” console. Controlling the multiple driving modes is couldn’t be easier.

Your vital information, such as, the engine’s rpm’s, gear selection and speed are all visible on a central, seven-inch zone. On a three-inch outer display section is where you’ll see your navigation system that gives you turn-by-turn direction and the car’s engine temperatures. The race car style display will be activated when the car is driving in Track mode. You’ll be able to shift gears at just the precise time by identifying the distinct colors that alert you to change gears. 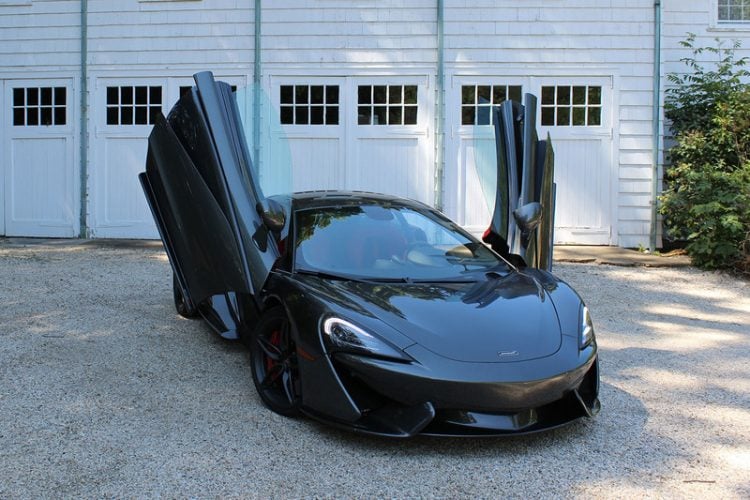 Only the most innovative, high-end entertainment system has been used for the 570S which includes satellite navigation, Bluetooth telephone connection and audio streaming. Integrated apps, WiFi tethering, voice activation control, and DAB or SIRIUS radio are also available depending on the area and market available. All of this is set on a seven-inch touchscreen to give you the most optimum control over any entertainment system with a touch. This ultimate entertainment system wouldn’t be complete without this system also being set for allowances for stereo and climate control, and an optional rear-view mirror camera system. Consolidating these into one system de-clutters the console and only leaving a cleaner, more luxurious look and feel for a sports car.

McLaren allows for the owner to choose his interior design from a range of color palates, designs and leathers. You have the option to put together a package that is race car sporty or a more luxurious interior. For those who want to choose a McLaren interior design, McLaren has 10 exclusive designer interiors to choose from, or you may choose to use McLaren’s Special Operation (MSO) who are able to color match anything.

McLaren has broken the mode for sports cars with the McLaren 570S and continues to push their advanced technological and sports car design expertise with every new car they make. So far, the 570S will be one that will be hard to surpass.