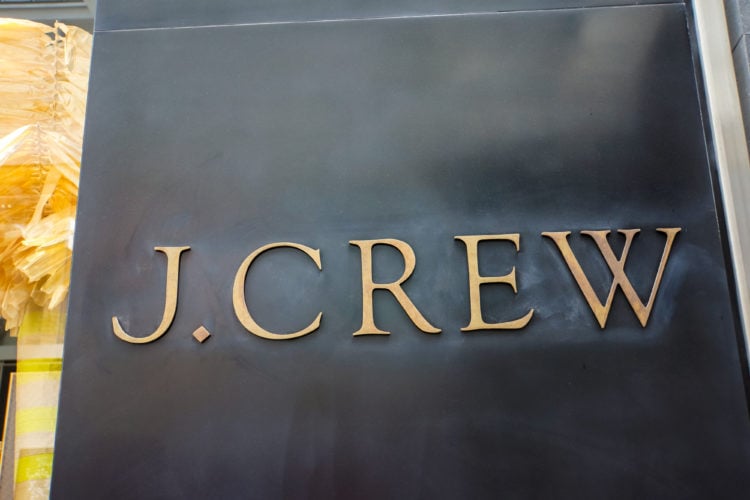 Michael J. Nicholson is the President and Chief Operating Officer for the American multi-channel retailer, J. Crew Group, Inc. It’s a specialty apparel and accessories business providing items for men, women, and children. He has worked his way up to this responsibility and is well-qualified for the job. To help you become more familiar with him, here are 10 things you didn’t know about Michael J. Nicholson.

1. Nicholson is a seasoned executive

Michael J. Nicholson is uniquely qualified for the position of President and Chief Operating Officer of J. Crew. He brings along with him years of experience in previous posts that required executive leadership skills. This isn’t his first shift at taking the helm of a large retail company.

2. His new job is expansive

Nicholson has signed on for a job that will require a tremendous amount of knowledge and skill. He takes on the ominous responsibilities of overseeing six vital functions of the J. Crewe organization. Michael is now in charge of the asset management and investment management functions as well as the real estate, sourcing, global supply chain, finance, IT, and real estate.

3. Nicholson reports to the Chairman and CEO

Millard Drexler is the Chairman and Chief Executive Officer of J. Crew. He has indicated a great deal of confidence in Michael’s ability to lead the financial and other aspects of the business. Drexler remarked that it was Nicholson’s previous experience and track record that piqued J. Crew’s interest in bringing him on board as the Chief Operating Officer and President of the firm. The CEO further explained that Michael fills a vital and critical role in the company and he is expected to lead his team into a period of profitable growth. This is a big responsibility and Drexler believes that Nicholson is up to the challenge.

4. He previously worked for Ann, Inc

Prior to joining the leadership team at J. Crew, Michael J. Nicholson was a member of the Ann, Inc. Team. He served in several roles throughout the duration of his employment with the business. He was hired in December of 2012. for the two and a half years that he was with Ann, Inc. he worked as the Chief Financial Officer and Treasurer and was promoted to Chief Operating Officer and Executive Vice President. He left his post with Ann, Inc in August of 2015.

5. This is Michael’s second job at a subsidiary company

J. Crew is a subsidiary of Chinos Holdings, Inc. It is owned by the parent company that holds the bottom line for decisions being made about the business. Nicholson was also the Executive Vice President and Chief Operating and Financial Officer for a subsidiary company of L Brands, Inc. called Victoria’s Secret Beauty Co.

6. This isn’t his first time holding the position with J. Crew

We learned that Michal J. Nicholson assumed the position of President and Chief Operating Officer in February of 2020 for J. Crew. This isn’t his first time doing so. When he first came to work for the business in January of 2016, he was brought on board in this position in January of 2016. For a brief period of time in April of 2019 through February 2 of 2020, he served as Interim Chief Executive Officer of the company, until he was returned to his former position.

7. Michael has worked for some of the bigger brands in America

Nicholson has worked his way up the leadership chain through the years of his career. The 52-year-old executive has also held senior positions for some of the largest companies in the United States. He served with the Altria Group, Inc. He also held high ranking positions at Colgate Palmolive. He has established a strong track record of success throughout his career as a leader in the retail industry, and this is why he was such an attractive candidate to the leadership at J. Crew.

8. Nicholson has been busier than usual

Michael J. Nicholson has faced the test of fire when it comes to his negotiation and crisis management skills. Recently, due to the Coronavirus pandemic, J. Crew has seen some of the toughest financial times that it has since it was first established. Michael has been faced with a sagging sales quarter as buyers have cut down on purchases that have taken sales to a plunge of half its previous volume. This has been disastrous for J. Crew and strategic planning to avoid disaster has fallen firmly under the responsibility of Nicholson. This has been a very challenging period of time in his leadership of the financial sector of the company.

9. The future is still unclear

Recent press releases have confirmed that J. Crew has just filed for bankruptcy. This is largely due to the slumping sales that have been a direct result of the Coronavirus pandemic. The Chinos Holdings, Inc. company that is the parent company of J. Crew has made the decision to file for bankruptcy protection. What this means in the short term is that all J. Crew stores will close, at least temporarily. The future is uncertain as the company that Nicholson leads has just taken a major fall.

Although Michael J. Nicholson has appeared in several news stories, he is only mentioned as it relates to the business of the company he represents. Michael maintains a high level of privacy and he keeps his personal life out of the spotlight. He doesn’t share information about his family, where he attended schools, college, his parents, where he grew up, or other personal details of his life. This tells us that he prefers to focus on business and leave his personal life out of it. There is plenty to learn about him from his impressive history in the retail industry.