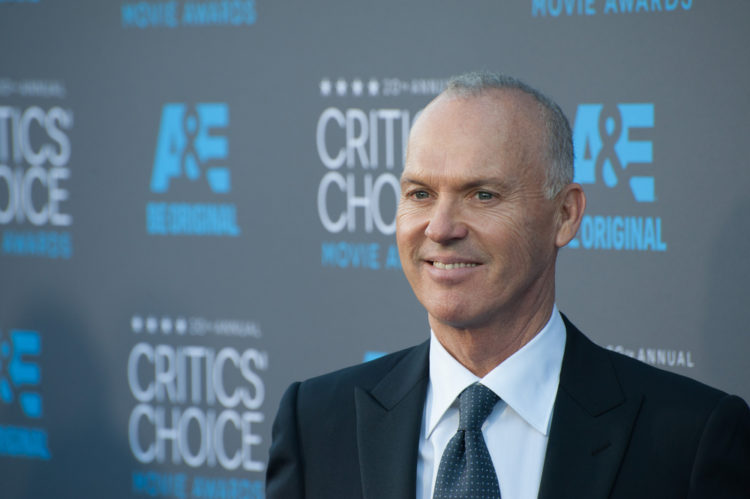 Michael Keaton is an actor who began his career in 1975 and initially became famous for his comedic roles in sitcoms. However, he is now also famous for his film roles and is probably best known as one of the actors who has played Bruce Wayne/Batman. As he has enjoyed both longevity and success in his acting career, Michael Keaton’s net worth is now $14 million, and here is how he accrued his wealth.

Michael Keaton is the professional name of Michael John Douglas, who was born in Pennsylvania on September 5, 1951, and he is the youngest of seven children. After graduating from Montour High School, he studied speech at Kent State University for two years.

Michael Keaton first appeared on-screen in 1975, when he was in both ‘Mister Rogers’ Neighborhood’ and ‘Where the Heart Is.’ For the former, Keaton also served as a full-time production assistant. During his early career, Michael Keaton lived in Pittsburgh, where he performed in multiple stage productions also as a stand-up comedian. To focus more on a television career, Keaton moved to Los Angeles. It was at this time that he changed his name from Michael Douglas to Michael Keaton, as there is another actor called Michael Douglas and a television host called Mike Douglas. In 1978, Keaton appeared in his first film, ‘Rabbit Test,’ which starred Joan Rivers. However, it was a non-speaking role. Thankfully, a year later, he landed the part of Mike O’Rourke in ‘Working Stiffs’ and appeared in nine episodes of the sitcom. His performance demonstrated his comedic talent and led to him getting his co-leading role in ‘Night Shift.’ Keaton’s role in ‘Night Shift propelled his acting career to the next level, and in 1983, he was cast in the hit comedy ‘Mr. Mom.’ It led to Keaton being stereotyped as a comedic actor, and he landed roles in comedy films such as ‘Johnny Dangerously,’ ‘The Dream Team,’ and ‘The Squeeze.’ However, Keaton was keen to get away from being pigeonholed as a comedy actor and wanted to take on some dramatic roles. His first opportunity came in 1984, when he had a dramatic role in the film ‘Touch and Go,’ although the film was not released until two years later.

1989 was an important year in Keaton’s career in the entertainment industry, as he laded two major roles. The first was playing the title character in ‘Beetlejuice,’ and the second was in ‘Clean and Sober.’ By this time, Michael Keaton was a well-known actor. He then achieved international fame when he was cast by Tim Burton to play Bruce Wayne/Batman in the 1989 film ‘Batman’. Although Keaton’s performance received widespread acclaim, some people thought he was wrong for the role. Three years later, Keaton reprised the role in ‘Batman Returns.’ Although he was offered the role in a third film, Keaton refused as Tim Burton was not directing the next film. Therefore, he was replaced by Val Kilmer. Throughout the 1990s, Keaton appeared in multiple films. Some of these included Pacific Heights,’ ‘My Life,’ ‘Much Ado About Nothing, ‘Multiplicity,’ ‘The Paper,’ ‘One Good Cop,’ ‘Jack Frost,’ ’Speechless,’ and ‘Desperate Measures.’ Keaton also played the same role of Elmore Leonard in the two films ‘Jacki Brown’ and ‘Out of Sight.’

While Keaton was at the height of his career during the late 80s and throughout the 1990s, his films during the early 2000s achieved mixed success. At this time, some of his films included ‘Live from Baghdad,’ ‘First Daughter,’ ‘Herbie: Fully Loaded,’ and ‘White Noise.’ The second half of the 2000s was more successful for Keaton, as he provided the voice of Chick Hicks in the animation ‘Cars,’ which achieved box office success to rival that of ‘Batman.’ Between then and 2009, Keaton had roles in films including ‘Game 6’ and ‘Tenacious D.’ He also had a role in the television miniseries ‘The Company’ and landed the role of Jack Shepherd in ‘Lost.’ In 2010, Keaton provided the voice for Ken in ‘Toy Story 3.’ The same year, he had a leading role in the comedy film ‘The Other Guys, then he played CEO Raymond Sellars in the 2014 ‘RoboCop’ remake. In the same year, Keaton co-starred in the black comedy film ‘Birdman’ alongside Zach Galifianakis, Emma Stone, Naomi Watts, and Edward Norton. Keaton played Walter V. Robinson in the award-winning 2015 film ‘Spotlight.’ A year later, he played the lead role in ‘The Founder.’ In the same year, Keaton was honored with a star on the Hollywood Walk of Fame. Michael Keaton could not reprise the voice role of Chick Hicks for the 2017 animation ‘Cars 3,’ as he was playing the supervillain role in ‘Spider-Man: Homecoming.’ Later that year, Keaton played Stan Hurley in ‘American Assassin.’ Some of Keaton’s most recent roles include voicing the villain in the 2019 animation ‘Dumbo’ and playing an attorney in the 2020 film ‘The Trial of the Chicago 7.’ Keaton is set to star in a film called ‘Goodrich’ and has a role in the film ‘Morbus,’ which is set for release in 2022. There were also reports of Keaton reprising the role of Batman, although Keaton has denied these rumors.

According to Wealthy Genius, Michael Keaton’s net worth is $40 million. He has made his money from his acting career, including his comedic appearances in sitcoms and his film roles. Keaton’s wealth continues to grow as he is still a highly regarded actor who remains active in the entertainment industry.

Michael Keaton was married to actress Caroline McWilliams from 1982 to 1990. Together, they have one son, Sean Douglas, who was born in 1983. Sean Douglas is a Grammy Award-winning singer, songwriter, and record producer. Keaton began dating Courtney Cox in 1989, a year before his divorce from McWilliams was finalized. Cox and Keaton separated in 1995.