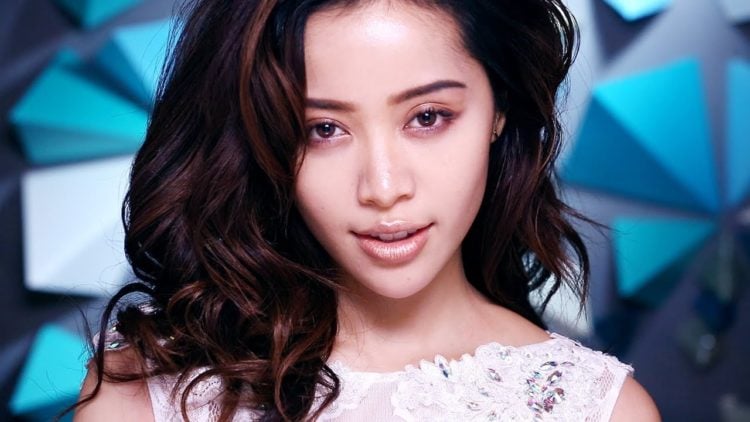 Michelle Phan is a world-famous makeup artist who became popular on her YouTube tutorial channel. She is yet one more reality celebrity who has found a massive audience through this online venue. She has an estimated net worth of an astronomical $50 million. This begs the question, did she really earn that much money from her YouTube career, or does she have other income streams feeding her massive bank account? We were curious so we did a little research into her career history and here is what we found.

Michelle Phan is a native of Massachusetts. She was born in the city of Boston, although her family moved around a lot. She spent some of her early years in Massachusetts but also lived in California, and in Florida. Her mother and father wanted her to pursue a career in the medical field as a doctor, but this was not what Michelle wanted to do with her life. She has long had a passion for art and with some pleading, her parents allowed her to sign up for courses at Ringling College of Art and Design as well as at the Massachusetts College of Art and Design where she studied illustration and art design.

She has a strong work ethic

Michelle is a hard worker and she even worked as a waitress for a while in 2006. During this period of her life, she was very good at applying makeup. She launched her career as a Youtuber the same year by making makeup video tutorials and posting them to her YouTube channel. She titled them with catchy phrases including “Lady Gaga Poker Face Tutorial,” “Makeup for Glasses,” “Romantic Valentine Look,” and even one that taught viewers how to make the eyes look larger and brighter with makeup techniques.

She was an instant hit

Michelle’s makeup tutorials became wildly popular. So far, sh has amassed more than a million subscribers to her YouTube channel and she has had nearly 600 million views. Michelle Phan became famous as a result. This opened the door to more lucrative endeavors for the young makeup artist.

Due to her immense popularity, Michelle was featured in a variety of magazine articles and other publications. She appeared in the Sun-Sentinel, in St. Petersburg Times, Seventeen magazine, Forbes Magazine, as well as in NYLON. This was the start of a career as an online influencer. It presented yet more revenue streams. Lancome, a big makeup company developed a partnership with her to advertise their makeup by featuring it in her makeup tutorials.

Phan’s YouTube channel grew and grew and recently her subscriber count which was good at a million has grown to 8 times that size. She now has more than 8 million subscribers and over a billion views. she also wrote a book that is titled “Make Up: Your Life Guide to Beauty, Style, and Success -Online and Off.” The title was released in 2014. This also helped to contribute to the fortune that she has amassed.

Phan is an award-winning YouTuber. She was named Best YouTube Guru winning a Shorty Award in the category, as well as winning a streamy Award for Inspiration Icon, and she also received multiple nominations for Teen Choice Awards. She was also named to the Fobes 30 and under 30 list as well as Inc’s 30 and under list. All of this happened between 2014 and 2015.

Where did she make her millions?

The majority of Michelle Phan’s wealth has come from the deals that she cut with Lancome and with L’Oreal hair products. She is now 33 years old and she was just 18when she started posting her makeup tutorials on YouTube. When her makeup tutorials went viral, she started making bank from the clicks and the views that the advertisements were hauling in. She also established a makeup subscription of her own that she called Ipsy, which has done remarkably well and drastically increased her net worth.

It all started with a teenager’s blog and a few videos that showed her viewers how to achieve some really cool looks with makeup. She uploaded her first post in 2005, and from there, things really took off. By 2012 she opened Ipsy which is now valued at $500 million after raising $100 million in venture capital. It is well on its way to becoming a unicorn company. Phan is an entrepreneur who had no idea that her simple and humble beginnings would end in her becoming a multi-millionaire. Her mother and father immigrated to the United States from Vietnam and Michelle was born in Boston, Massachusetts in April of 1987. Her mom was a manicurist and her dad was a construction worker who also liked to gamble his paycheck. Her family went from being on food stamps and being evicted from several houses to living in the lap of luxury.

Michelle Phan has a remarkable life story and she stands as an example to other young women that you don’t need to have a big bank account to start your own successful business. She did it with a YouTube channel and used her talents to draw in scores of viewers who found her tips useful as well as entertaining. She followed her passions. Like many other entrepreneurs who find huge success, she wasn’t chasing the dollar when she started out. It was a byproduct of her success in creating video tutorials that people found useful and liked to watch. Her fame and fortune came naturally as a result of doing what she loved and putting everything that she had into it. Michelle Phan went from being on food stamps to being one of the wealthiest YouTubers around. Hats off to this remarkable young woman for a job well-done.