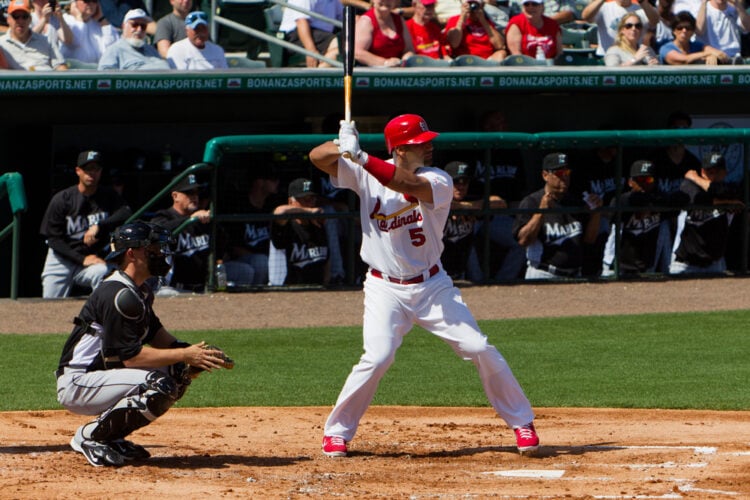 Jose Alberto “Albert” Pujols was born on January 16 1980 in Santo Domingo in the Dominican Republic. Baseball was part of his DNA. After all, his father was a pitcher in Pujols’ home country. When he was sixteen the Pujols family moved to Missouri and the future St Louis Cardinals player was quickly noticed in both high school and college. In 1999, he was the 13-round draft pick. However, he didn’t sign with the team until 2000 when the Cardinals offered a signing bonus. Many thought he would remain on the reserve roster for several seasons since he’d only played a year in the minors. However, Pujols quickly batted his way to the starting lineup.

This set had a lot of separate parallels, which are identical pictures with an additional element, for example, a chrome overlay. The deck was a mix of rookies and veterans including Pujols who, at the time had been playing for eight years. In 2009, Pujols won his second of three MVP awards. According to Baseball Almanac, he also hit five grand slams which was a National League tie. On October 20th, 2009, Topps Triple Threads was launched. Three base Cards (serial-numbered to 1350 copies), two parallels (serial-numbered to 525 copies or fewer), and either a triple relic card (serial-numbered to 36 copies or fewer) or an autographed triple relic card (serial-numbered to 99 copies or fewer) will be found in each Hobby-exclusive six-card pack. Each 18-box case may hold one one-of-one parallel and a signed triple relic with a serial number of 36 or less. This pack contains early Relics of Yoenis Cespedes, Yuli Gourriel, and Yu Darvish, as well as game-used Cards from the 2009 World Baseball Classic.

This card has a higher market fluctuation depending on PSA grading. Although the selling price is taken from Beckett one on the PSA site sold for almost $18000. 2001 was the rookie year for both Suzuki and Pujols. While the latter dominated the St. Louis Cardinals, Suzuki was hard at work for the Seattle Mariners, although he never made the second series in 2001 after sustaining an injury. The 265-card base set of 2001 Topps Traded & Rookies with Topps Chrome was introduced in October 2001. Topps Traded was marketed only in packs for the first time since 1995, and for the first time would be “bundled” with the counterpart Chrome Traded. Eight 2001 Topps Traded and two 2001 Topps Chrome Traded Cards were included in each 10-card set. The 265-card set includes 99 Cards of players who changed teams between the 2000 off-season and the 2001 season; 45 reprints of classic Topps Traded cards; six managers hired for the 2001 season; 60 prospects who have never had their own Topps card; and 55 rookies who made their Major League debut or were promoted to the 40-man roster in 2001.

The 265-card base pack in the Topps Traded program was released in October 2001. The 2001 Topps Traded and 2001 Topps Chrome Traded sets were consolidated. There were ten Cards in each pack, with eight 2001 Topps Traded and two 2001 Topps Chrome Traded cards. The 265-card deck is classified as follows: 99 Cards featuring player trades made between the 2000 off-season and the 2001 season; 60 future stars who have never appeared alone on a Topps card; 55 rookies who make their Topps debut; six managers (T145-T150) who have either switched teams or were newly hired for the 2001 season; and 45 traded reprints (T100 through T144) of rookie Cards featured in previous Topps Traded sets.

Like the next card on this list, one of the things that makes this card so special is its scarcity. At current, there are only six Cards certified as PSA 10s. One interesting thing collectors will notice is the back of this card predicts how far Pujols career was going to go. According to Boardroom, the quote on the back of the card is “he has the skills to become an all-star.” Considering the value of some of the Cards on this list, Pujols neatly fits onto that list.

Throughout Pujols career he has set records. He was an intergral part of the St Louis Cardinals playoff wins in 2006 and 2001. One of the thingst that set his career back a little bit was his injury record. After signing with the Los Angeles Angels a year after winning the World Series with the St. Louis Cardnials Pujols had a series period of injury which limited him to just under a hunderd games which was the least he played during his career. Albert has two Hank Aaron Accolades in the National League, two Gold Gloves in the National League at first base, six player of the month awards, and the 2008 Roberto Clemente Award. Albert became the 26th player in history to get 500 home runs in early 2014, and he did so at the age of 34, making him the third-youngest player to do so, after Alex Rodriguez and Jimmie Foxx, both 32.

Babe Ruth once said, “Baseball was, is, and always will be the best game in the world to me.” For those who love the game as much as this legend collecting Cards is a natural extension of the pastime. For those looking to invest in Albert Pujols baseball Cards and have a little bit extra to spend, these Cards are all home runs. Certainly, with Albert Pujols career he will one day be a part of the baseball hall of fame in Cooperstown. 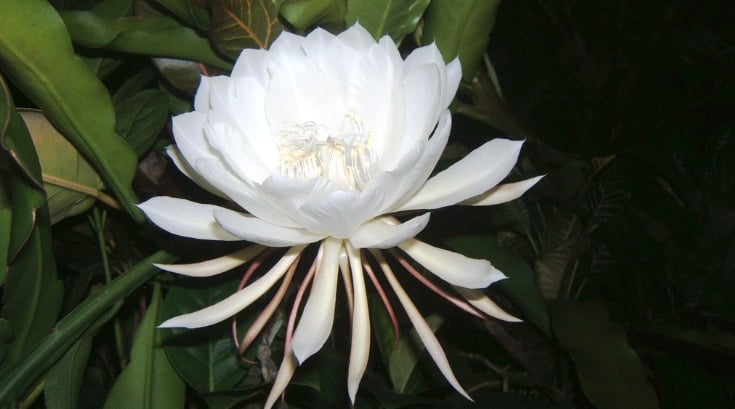 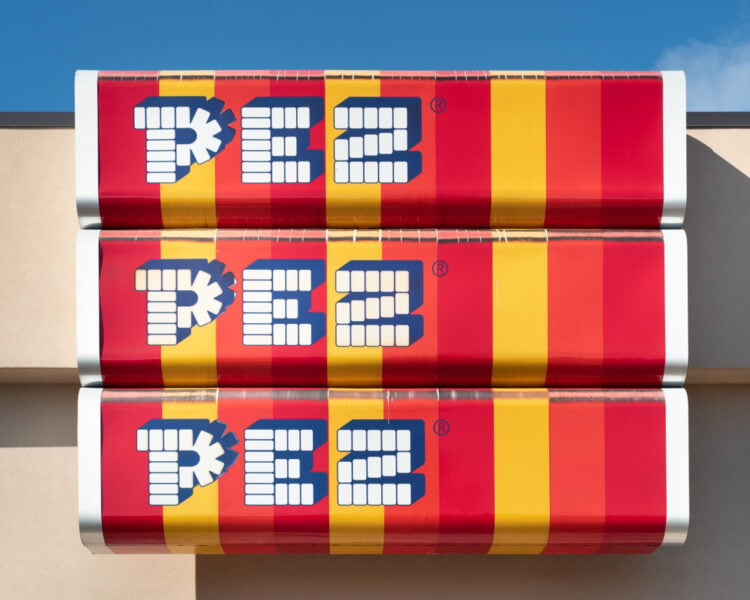 Pez Dispensers have been around for many decades. The Company was… 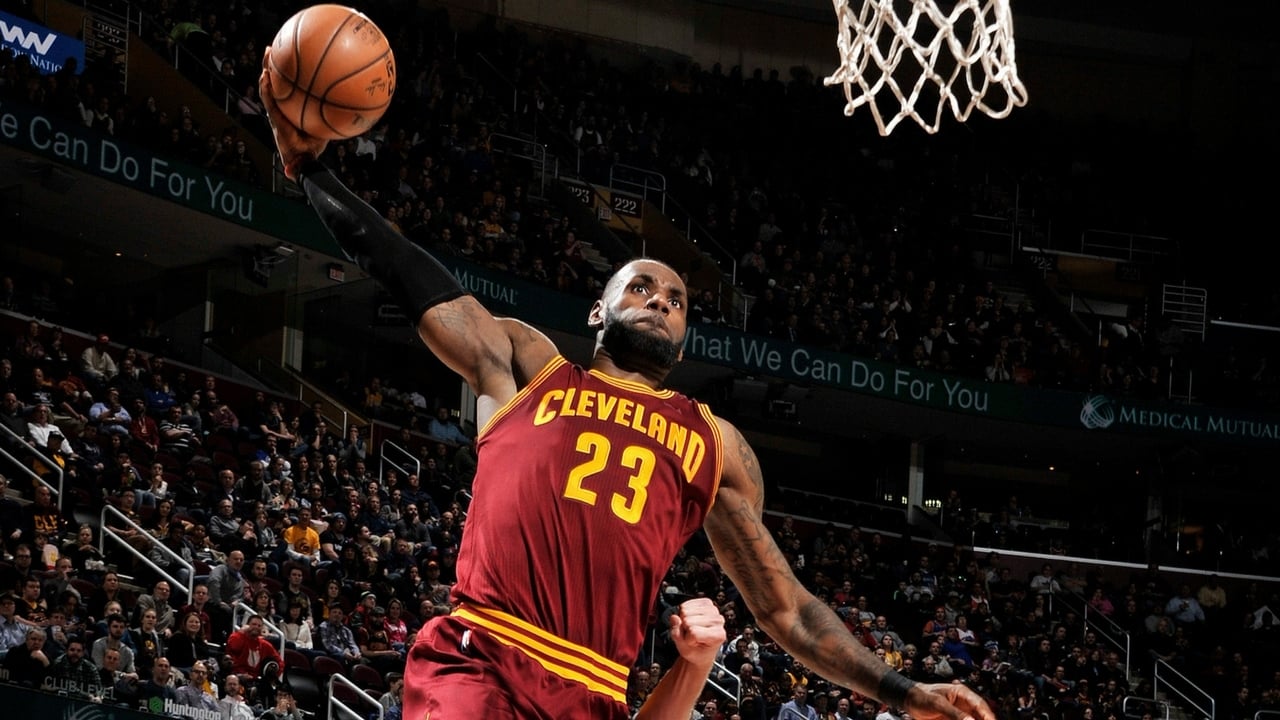 Most people immediately know who LeBron James is, even if they’re… 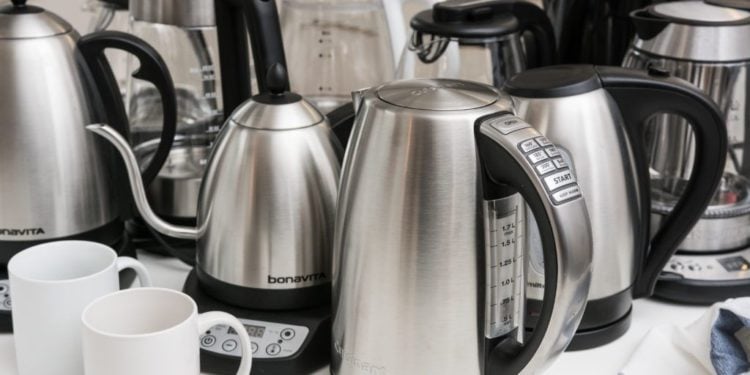 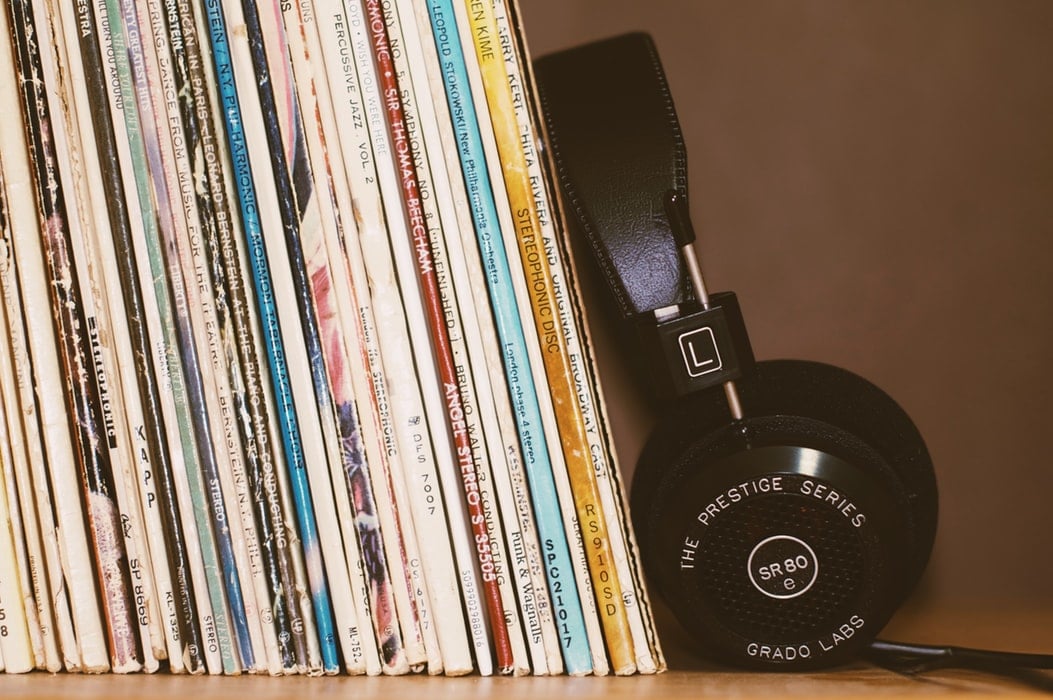 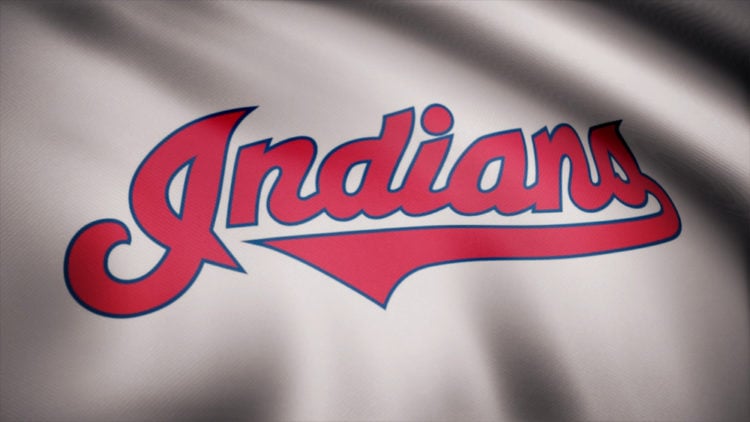