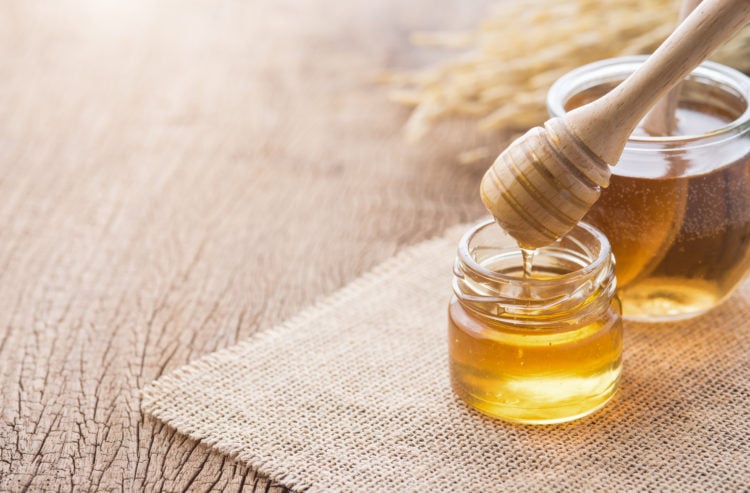 Honey is nature’s sweetener and it not only makes baked goods taste great, but it also brings with it a host of health benefits. Honey connoisseurs who spend time evaluating the various kinds of honey from around the world can tell the difference. Not all honey is the same. Some types are light while others are heavy, and the taste differences can be discerned by a trained palette. Honey is made from a variety of different regions in the world. The values, appearance, and flavor of each type is strongly influenced by climate, the region, and its flora and fauna. The best honey in the world also comes with a high price tag. Here are the 5 most expensive honeys in the world today.

Greek Raw Honey from Ikaria is a very expensive and rare kind of honey that comes from the Greek Island of Ikaria. This pricey honey goes for $220 for a jar that contains just 920 grams. Ikaria is a Greek Island that is located in the Aegean Sea and it is produced only from bees that work the herb, pine trees and other flora of the Island. This is a place reputed for its healing from ancient times. The honey that is made by the bees in the area comes out with a dark brown color and it is rich and sweet and revered for its medicinal land healing properties. It is one of the most high-quality honey types in the world.

The fourth most expensive honey in the world is the most expensive that is made in all of Europe. It is called Miel Lo Mejor del Bierz, and it is produced from bees that work the flora found in the province of Leon in Spain. It is a unique and rare honey that comes from the village of Camponaraya in the El Bierzo district. This honey is Halal certified for use in Muslim communities and it has become so popular that there are waiting lists to receive shipments of the product. The demand is far greater than the supply. When you go to the grocery store next and complain about the high price of good quality honey, you might feel better knowing that it is ten times cheaper than this rare and highly prized honey from Spain. At one point in time, his was the second-highest priced honey in the world, but it has since been lowered on the listing of the top five most expensive to number four.

Sidr Honey has long been known for its medicinal purposes and health benefits. It is also reported to be a mild aphrodisiac. This type of hone has been in such high demand that it has gone for as high as $1,000 per kilo in the United States. There are several types of Sidr Honey but one of the more expensive is the Royal Yemen Sidr Honey. It has been compared to the rare and expensive Manuka honey that comes from New Zealand. Royal Yemen Sidr honey originates in Yemen’s Hadramaut Mountains, and it is only harvested twice each year which makes the supplies lower than the demand. It has been used for its medicinal properties for over 7,000 years, produced by bees who gather the materials from the sidr tree found in Yemen and Saudi Arabia. At one point in time, it was known as the rarest as well as the most expensive honey in the world, but it has dropped to the third most expensive in recent years. This sweet and rich honey is preferred by those who insist on the very best but it’s so expensive that it is out of the reach of the average shopper. It’s truly a luxury sweetener.

Manuka Honey is reputed for having the highest rating of MGO/UMF on the planet. It is manufactured by The True Honey Company. There are only 1,000 jars of this rare honey made per batch. It has a rare consistency that is described as being buttery while being extremely sweet. It is made from bees that are raised in the northern part of the country of Nw Zealand and it is reputed for its strong potency. It is highly prized for its reported health benefits. The price of $1,780 is for a container that weighs just 230 grams with an MGO of 1700. People value this rare and exceptional honey not only for its rich and rare flavor, but also for its healing properties.

Elvish honey is the most expensive type of honey in the world today. It is also known as “the true nectar of the gods.” It is a honey that is thick in consistency and golden colored. What makes this honey so very rare and highly prized is that it comes from a cave that is located in the northeastern part of Turkey in a Saricayir valley cave. This is a very special cave that Gunuz Gunay, Turkish beekeeper keeps his hives for the production of 100% pure and natural honey. The honey gets rich mineral content from the cave which was first noticed in the year 2009. This is a deep cave that goes down 1,800 meters into the earth. It is expensive to harvest the honey because it takes a team of mountaineers to descend into the depths of the cave where the honey is found. Another factor that makes this honey so highly prized is that it is created in an area that is populated with a variety of medicinal plants.