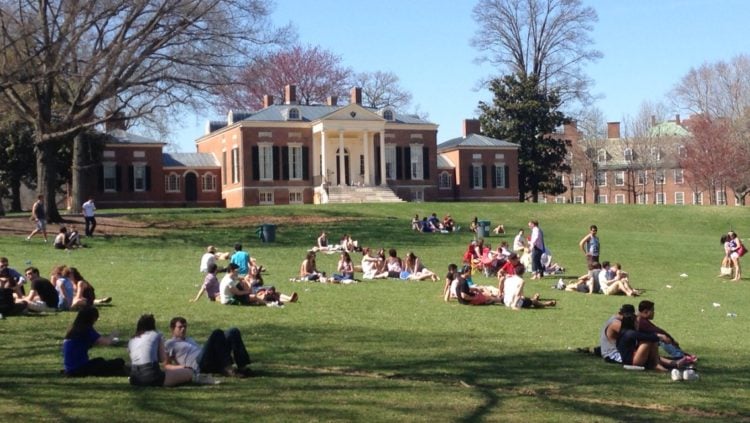 Johns Hopkins University is named for the American entrepreneur of the same name. In short, Johns Hopkins was a Quaker who made his fortune by starting up a wholesaler as well as making smart investments in various ventures. Due to his background, he was an abolitionist, so much so that his whole-hearted support for the Union in the American Civil War is known to have irritated some of the other notables in the state of Maryland. Regardless, John Hopkins’s dislike of slavery was very much rooted in his commitment to helping other people, as shown by a slew of institutions that continue to bear his name in the present time because they were founded with his support.

Out of these institutions, Johns Hopkins University is one of the most famous, not least because it is one of the leading research universities in the United States with no fewer than 37 Nobel laureates. As such, it should come as no surprise to learn that there are a fair number of Johns Hopkins graduates who have managed to make names for themselves in the world of business as well:

Here are 20 of the most notable figures in business who graduated from Johns Hopkins University:

Sanju Bansal came over to the United States when he was just two years of age. In time, he went on to study electrical engineering at MIT and then computer science at Johns Hopkins University, which put him into an excellent position to co-found a company called MicroStrategy that specializes in both business intelligence and mobile software. With that said, while Bansal played a pivotal role in turning MicroStrategy into a global player, he has since moved on to running Hunch Analytics.

Scott M. Black worked in various finance-related roles at various companies before founding his own money management firm called Delphi Management. Besides this, he is known for a couple of other things as well. First, he is a philanthropist who has given sizable sums to not just Johns Hopkins University but also a number of other institutions. Second, Black has a real passion for art, so much so that he has managed to built up an admirable collection of early modern, Impressionist, and post-Impressionist artworks that are displayed at various museums.

Michael Bloomberg is one of the best-known Johns Hopkins alumni. In part, this is because he is the owner of Bloomberg L.P., which is a very influential player in its particular field. However, it should also be noted that Bloomberg was the Mayor of New York City for not one, not two, but three terms, which was made possible by him campaigning to change the relevant law. On top of this, Bloomberg is one of the billionaires who have signed up with the Giving Pledge, as shown by his recent $1.8 billion gift to Johns Hopkins University that will be used to provide student aid.

For those who are unfamiliar, David S. Cordish is the man in charge of The Cordish Companies as both the CEO and the Chairman. Primarily, he is famous for his success in real estate development, which makes up one of the main components of The Cordish Companies. However, Cordish has served in a remarkable number of civic leadership positions on the municipal, state, and even federal levels. With that said, this involvement hasn’t slowed down Cordish when it comes to the business that he inherited, seeing as how he was the one who raised its sales to $1 billion under his leadership by 2010.

Generally speaking, people will be familiar with John Hewson because he was the leader of the Liberal Party of Australia for a time from 1990 to 1994, which is notable because said party is one of the two major parties in said country. However, it should be remembered that Hewson was an economist before he became a politician. Moreover, it shoul be noted that Hewson has since returned to the business sphere, where he is involved in various ways with various companies. In particular, Hewson has been a relatively outspoken advocate of corporate responsibility, which is a trend that has been becoming more and more popular for some time for pragmatic reasons at least as much as ethical reasons.

David M. Hoffman tends to be best-known because of his interest in independent media plus its impact on democratic processes. For instance, he is the founder of Internews, which is a non-profit that exists for the purpose of promoting independent media in countries situated all around the world as well as otherwise improving interested individuals’ access to relevant information. Currently, Hoffman is no longer involved with the day-to-day running of the nonprofit, but his importance to it can be seen in the fact that he holds the position of Chairman Emeritus.

Shahal M. Khan is an American venture capitalist who studied economics at American University and then international development at Johns Hopkins University before embarking on a very successful business career. Some examples range from being the CEO of Centile to being the buyer of the historic Plaza Hotel in Manhattan.

Jeong H. Kim has had what one might call a challenging life, as shown by the fact that he had to work at a 7/11 to support himself until he could graduate from high school because of some serious family issues. However, he has come very far since that time, seeing as how he has started up and sold a company, taught at the University of Maryland, and served as a top executive at well-known companies. Currently, he is the Executive Chairman of Kiswe Mobile, which is another company that he has co-founded.

Rahmi Koç is the man who presides over the Koç Group, though he is no longer involved with the running of the industrial conglomerate because of his advanced age. For those who are curious, said conglomerate is involved in everything from cars and commercial vehicles to energy, food, and finances, which explains much about its immense size.

Robert Lawrence Kuhn is someone who has taken on a very diverse range of roles over the course of his life. For example, he is a neuroscientist, which explains much about his continuing interest in the big questions that have been with us since the start of the human experience. However, Kuhn has also played a huge role in advising Chinese leadership on the reformations of the Chinese government in recent decades, for which he has received the China Reform Friendship Medal. Due to this, Kuhn has been very involved in business, both in advising non-Chinese companies on how to do business in China and in advising Chinese companies on various economic issues.

Sol Kumin is the founder of Folger Hill Asset Management. However, he tends to be much better-known for his involvement with horse racing. This is particularly true because Kumin has risen to the very heights of the sport within a very short period of time, which in turn, has had a trans-formative effect on the people as well as the institutions that make it possible.

Christopher Hoiles Lee is famous for having founded AIG Highstar Capital. Generally speaking, this fund is interested in infrastructure situated in both North America and the European Union.

John C. Malone is a towering figure when it comes to media. This is because he is the man who owns Liberty Media, which in turn, has stakes in a number of other media companies. However, it should be mentioned that Liberty Media is just one of the companies in which he possesses enormous influence, which is connected to his noticeable fondness for more complicated than normal ownership structures.

Robert D. Manning is a financial expert who specializes in consumer credit. As such, he tends to be known because of him having penned Credit Card Nation, which is focused on the current state of credit card use in the United States as well as its potential impact in the times to come. With that said, it is worth noting that Manning has commented on various other financial issues as well, which include but are not limited to banking deregulation, labor trends, and social inequality.

Michael Marcus is someone who specializes in trading commodities, so much so that he is reputed to have turned $30,000 into $80 million. As such, there are a lot of people with an interest in what he has to say about investing.

Gordon Earle Moore has a number of claims to fame. First, he is the co-founder of Intel Corporation, so it should come as no surprise to learn that his current net worth is estimated to be more than $10 billion. Second, Moore is known to a lot of people with an interest in computers because of Moore’s Law, which essentially means that computers are getting faster while becoming cheaper at a very fast pace. Said law was true for decades and decades, which explains much about the regard in which it is held. However, it is interesting to note that it is expected to come to a close in the 2020s because technological advancements have happened so fast that we are going to run into physical limitations.

Dave Sifry is a software entrepreneur. Primarily, he is famous for having founded Technorati, which used to be a major player in online advertising but has since been bought out by the tech company Synacor.

Bill Stromberg is the man in charge of T. Rowe Price Associates, which is an asset management firm with a global presence that is based out of the city of Baltimore. With that said, there are some people who might know him because of another reason, which is that he is the sole players from Johns Hopkins University to have a place in the College Football Hall of Fame. Stromberg might have gone on to play in the NFL as well, but he winded up getting cut before the season started when he pulled a hamstring.

Gary Wang is the founder of Tudou, which is a Chinese video sharing site that is estimated to be one of the biggest users of bandwidth in the entire world. Having said that, it is clear that Wang has other interests as well, seeing as how he has founded Light Chaser Animation Studios for the purpose of catering to the fast-growing Chinese market for animated series. On top of this, Wang is also a published novelist as well as someone who contributed the libretto for a ballet called RAkU that was commissioned by the San Francisco Ballet.

Zhu Min is an economist who received a M.A. as well as a PhD from Johns Hopkins University. He has risen far since that time, seeing as how he has served as a Deputy Governor of the central bank of China. Furthermore, he has served a term as the Deputy Managing Director of the International Monetary Fund.

The 20 Best Things to do in Somerton, AZ

10 Reasons to Stay at the Sheraton Kauai Coconut Beach Resort

The History and Evolution of Monterey Car Week