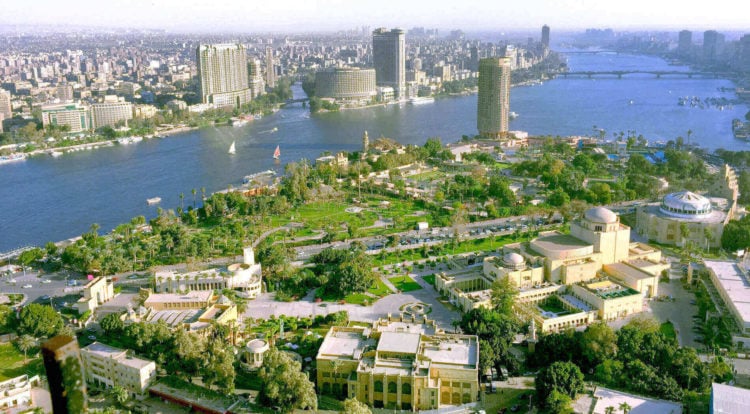 One of the greatest hazards to the planet and for human health is air pollution. It’s caused by the mass amounts of carbon dioxide released into the air from automobiles, factories, refineries, air traffic, ships on the ocean and a variety of other things. Chemicals released in the air from processing plants, high levels of methane gas from decomposing plants and animal waste are also big contributors. The problem has reached epic proportions, and although there are still some regions in the world with a decent quality of air, there are other locations that trigger severe health crises in vulnerable people. Pollution is determined by the number of particulates, or tiny, microscopic particles measured in the air that we breathe. They’re usually too small to see unless you observe them from a distance as smog.

Global pollution is causing deaths at an alarming rate. The World Health Organization has weighed in on this and estimates that 50% of all of the pollution-related deaths in the world originate from poor air quality in India and in China. Stroke, heart disease, cancer, and other health issues are a result. In some areas, sensitive people must wear masks to filter out the PM2.5 and PM10 particles. PM2.5 refers to particulates in the air which are smaller than 2.5 micrometers, and PM10 is smaller than 10 micrometers. We’ve gathered the recent statistics on the measured and average amount of these particulates found in the air of the worst cities for these two types of pollution. The measurements of air quality are conducted annually by the World Health Organization. Here are the 20 most polluted cities in the world for 2019.

Ulaanbaatar is the twentieth most polluted city in the world as of the middle of 2019. The population of this city is 1.4 million people. Just 10 years ago this city was not included in the listing of the 500 most polluted cities, and it’s climbed up to the 20th position within a decade. The average annual PM10 pollution rating is 196.9 micrograms. Families have been known to relocate members of their clan to other nearby countries when their health becomes negatively impacted by the poor air quality in Ulaanbaatar.

Baoding is a country that is located in the North part of China. The PM2.5 Pollution readings are the 19th highest in the world. The population of this city is 1.1 million. The average annual PM10 pollution reading is 147 micrograms per cubic meter, but there are still 18 cities that are worse. One of the biggest issues afflicting this city is the fact that coal is used in high quantities and this harms the quality of the air.

The population of Ali Sabah is 42,000. The PM2.5 pollution averages 93.8 micrograms per cubic meter. There is an average yearly reading of 198.1 micrograms of PM10 pollution. If you think that this is bad, just wait until you learn about even higher concentrations of these particulates in other cities throughout the world.

Narayangoni has a population of 543,000 citizens, not counting visitors to the city. The air quality is so bad that people are breathing in air that is contaminated with 94.2 micrograms of PM2.5 pollution per cubic meter with an average of 205 mg of PM10 pollution per cubic meter. A comparison with the readings taken in 2015 shows that the levels of PM2.5 have risen by just .2 mg, with the amount of PM10 pollution remaining at the same levels. Manufacturing plants are blamed for much of the pollution in this city.

Jodhpur has a population of 1.3 million citizens The PM2.5 air pollution is nearly at 98 mg per cubic meter with the PM10 just over 180. The air quality has remained about the same over the past decade, but the city has risen from the 17th position to the 16th worst of all cities which are monitored for average pollution contamination. There is a serious lack of rainfall in this region and that is believed to be a contributing factor to the air quality.

Patiala is a city in North India with a population of 510,000 citizens. Just over half a million people live in a city that has the 15th highest PM2.5 readings in the world today, with the PM10 count at 183.7 mg per cubic meter. This creates a health risk for persons suffering from chronic respiratory conditions.

The Delta Region in Egypt covers a large area with dense populations of people within the area where the Nile Delta is located. This is an important place for commerce and as such, a high amount of road traffic and businesses filling the air with carbon emissions. The population is 7.9 million persons and the PM10 pollution readings average a sickening 249 micrograms per cubic meter.

Jaipur is a city located within West India with a population of 3.5 million residents with an air contamination issue that has slightly improved. In 2015 the PM2.5 pollution was 105, showing a slight decrease, with the M10 was 103. The current PM10 readings are at 192.6 showing a slight decrease in the annual averages, however, it climbed from the 14th worst city for pollution to the 13th on the list.

Gurgaon has a population of 902,000 residents. The current PM2.5 readings for 2019 have improved by .4 micrograms however, the PM10 reading average has gone up by .3 micrograms since 2016. Although the latter has shown a slight increase in PM10, The reduction of PM2.5 pollution particles has moved it from the 10th worst city in the world for pollution to the 11th spot.

Muzaffarpur, East India is a city with a population of 439,000 residents. There has been little change in the overall measurements of air contamination over the past three years. The city previously occupied the spot of number 11 on the most polluted cities for 2016, however, it’s moved up to the 10th position. This tells us that one of the former cities has decreased in its pollution levels at a minimum. The average annual PM10 pollution particulates per cubic meter for the city has been measured at 220.9 micrograms. The air is unhealthy for the average person to breathe, but could be deadly for those suffering from respiratory ailments. It is estimated that thirty-three percent of the deaths in this country are a direct result of poor air quality.

Agra, North India has a population count of 2 million residents. The city has maintained its position as the 9th most polluted city in the world since 2016. It is worth noting that the PM2.5 pollution average has come down .4 micrograms and the PM10 readings have gone up from 194 in 2016 to 194.5. Scrap tires are burned in this city in an effort to extract the iron from them. This contributes significantly to the number of particulates found in the air.

Lucknow is a city with a population of 3.2 million residents. The average amount of PM2.5 pollution in the air is at 138.4 per cubic meter, with the average annual PM10 pollution levels at 254.9 micrograms. There are only slight variations in the numbers when compared to readings taken in 2016, however, Lucknow has climbed to the position of 8 from number 7 previously.

Delhi has slipped from the 6th worst city to number 7 since 2015. The region has an extremely dense population of 25.7 million residents. There has not been a significant change in the pollution levels for either PM2.5 or PM10 over the last three years, showing that the city is in desperate need of changes to help decrease the air contamination readings. The PM10 annual average is hanging steady at 292.3 micrograms per cubic meter.

Patna has dropped from the 5th placeholder to number 6 on the worst polluted cities for 2019. The city has a dense population of an estimated 2.2 residents. Although there has been a slight increase in the PM2.5 readings over the past three years, the PM10 pollution average per cubic meter has gone down from 266 to 265.7 micrograms. Even though the city has gone from the 5th to the 6th positioning on our list, the changes are not significant enough to show that the area is improving the air quality for any citizen of the city, nor for visitors. The air is not safe to breathe.

Varnasi is a city in North India with a population of 1.5 million residents. The city has slipped only one position from 4th to number 5 in the last three years. The average PM10 pollution levels measure 260.1 micrograms per cubic meter.

Gaya is yet another city within the country of India that has remained a part of the 5 most polluted cities on the face of the earth, and for 2019, it occupies the 4th position. Gaya has a population of 508,000 citizens. Although not quite as densely populated as some of the other cities, the pollution counts are much higher. The average PM10 pollution levels have measured 274.6 micrograms, making it difficult for visitors from less polluted areas to breathe without at least some difficulty.

Pasakha, Bhutan is a new inclusion to the list of the 20 most polluted cities in the world for 2019. This is likely to be because of recent efforts to monitor the health of the environment which were not previously conducted in the past. It’s not so much that the city has become more polluted recently, but rather that the readings were simply not recorded. Pasakha has a population of 20,000 residents, and although it’s not a terribly densely populated city, the air quality is remarkably poor. The average annual PM10 pollution readings are 275 micrograms per cubic meter.