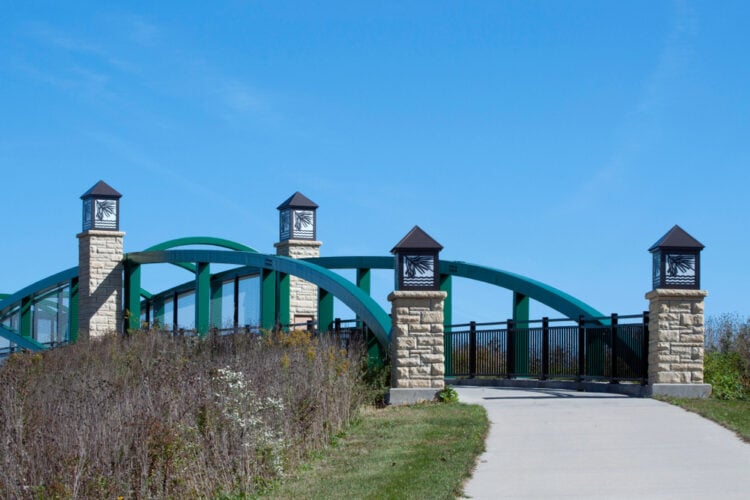 Racism is the unfounded belief that one race is superior or inferior to another and that biological characteristics can predetermine the social or moral traits of a person. Racism is a hot-button issue in America and has seen a resurgence in discussions following several cases of racial killings and hate crimes in the country. Unfortunately, measuring it is not as easy as measuring other demographics like population. Traditional methods like surveys and polls are often ineffective, leading scientists to come up with better ways of determining the Most Racist Towns in America.

PLOS ONE Study on Racism in the US

PLOS ONE recently published a new study establishing Google search data as a new way of measuring racist attitudes in the country. The methodology was first developed by Seth Stephens-Davidowitz, a data scientist who used it to gauge the effect of racist attitudes on the electoral prospects of Barack Obama. Using Google search statistics is designed to solve the ineffectiveness of traditional methods like polls and surveys in measuring racism. If you ask someone if they are racist, they are unlikely to answer yes. Scientists believe this is because racism today often happens at a subconscious level or is vented online anonymously. The PLOS ONE study looked at searches of the N-word, controlling for variants of the word not normally used pejoratively.

Why Does It Matter What People Google?

Why does it matter how many people are searching phrases with the N-word within a community? According to the PLOS ONE paper, racist searches – controlling for several variables – are directly correlated with higher mortality rates for black people. The authors conclude that the results show, “…living in an area characterized by one standard deviation greater proportion of racist Google searches is associated with an 8.2% increase in the all-cause mortality rate among Blacks.” It is important to point out that Google searches do not directly lead to social disparities between black and white people or cause the deaths of black people. However, previous research has established that the prevalence of racist attitudes in a community can contribute to poor economic and health outcomes among black residents.

Here Are the Most Racist Places in the US:

Understanding that not all people who search for the N-word are racist and not all racist people search that word, scientists have aggregated several million Google searches over several years to map out racial attitudes in the country. Consequently, here is a list of the top 20 racist areas in the US: 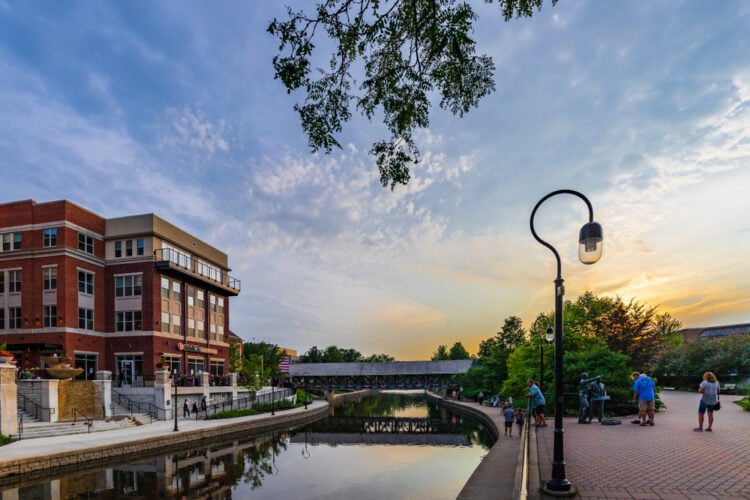 Naperville residents have long complained of discriminatory attitudes toward black people in the area. In 2019, a group of black patrons at Buffalo Wild Wings were asked to move to a different table after a white patron said he did not want to sit next to them. This story was reported by many publications, including the Chicago Tribune, and caused widespread outrage. That same year, a white Naperville Central High School student posted a picture of a black student on Craigslist, listing them as a slave for sale. These incidents echo sentiments of racism that still plague Naperville. 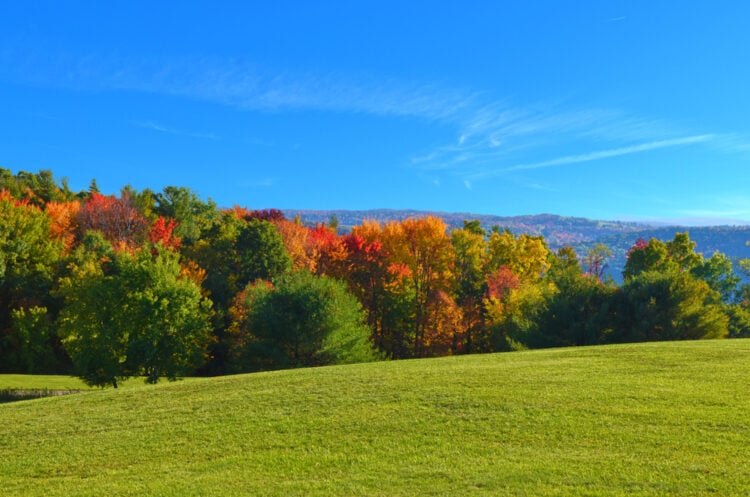 Only 5.9 percent of the 88,000 residents of Elmira are black. Still, social and economic disparities between black and white residents are glaring. The typical black household in Elmira has an annual income of $21,767, which is less than half of the $51,101 annual income of a typical white household. Also, only 22.4 percent of black families own their homes compared to 71.7 percent of white families. 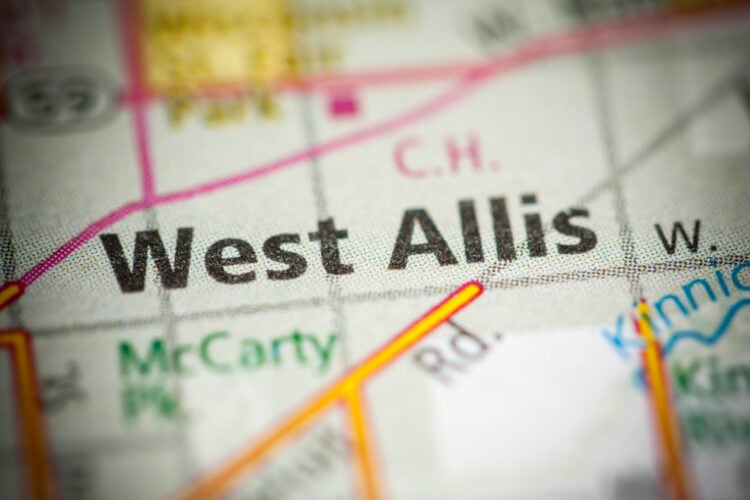 In West Allis, local authorities are continually investigating cases of racial targeting against black residents. Recently, a family in the area filed a police report claiming that people had slashed their car tires, smashed their windows, and left letters riddles with racial slurs and asking them to leave. 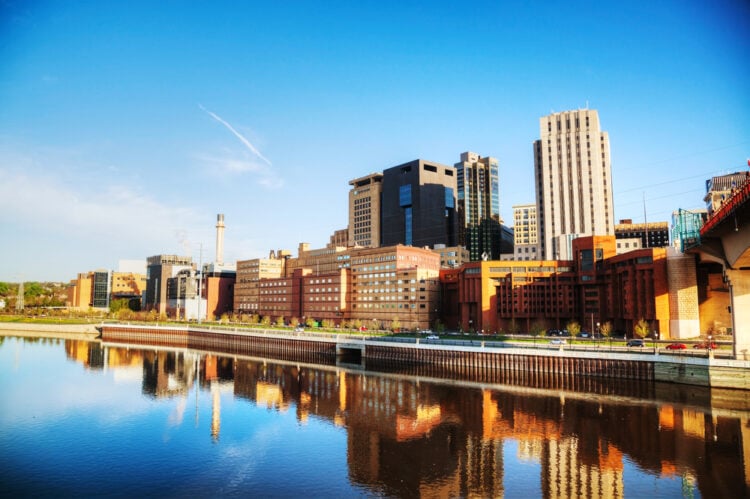 The St. Paul metro area in Minneapolis enacted exclusionary zoning policies and restrictive housing covenants in the 20th century that still affect residential patterns today. Census studies have shown that the area remains highly segregated by race and has some of the widest homeownership, income, and poverty divides between black and white residents of any metro area in the country. 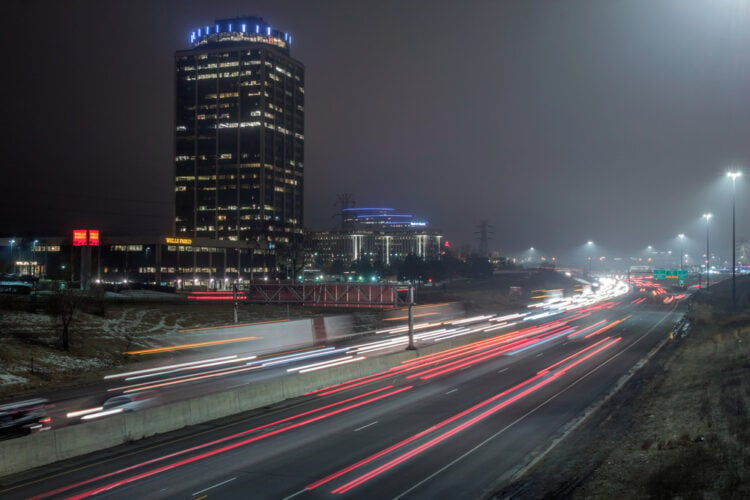 Bloomington has a 6 percent white poverty rate and a 32 percent black poverty rate. Although the former is lower than the 10.6 percent national figure, the latter is way higher than the 26.2% national figure. Moreover, the typical black family in the area earns a $31,653 annual income, which is only 41.5 percent of the $76,208 white median household income. 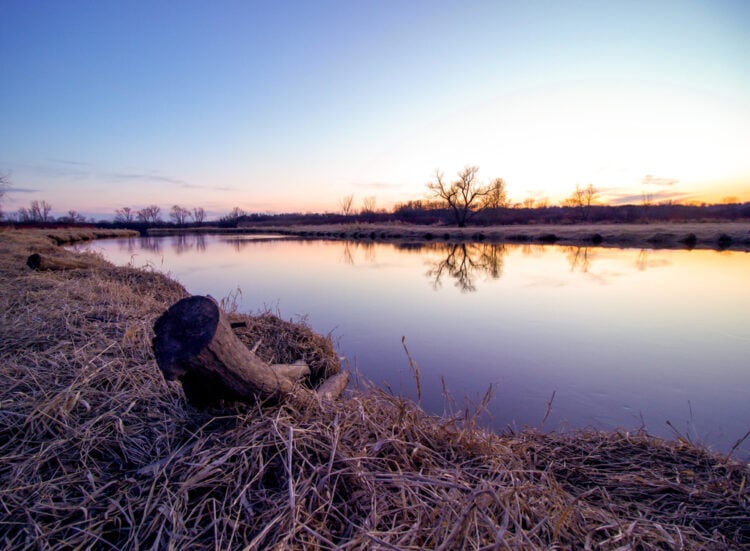 Waukesha is home to several white supremacist groups that often disseminate racist propaganda through online platforms and public posters. On November 21, 2021, Darrell E. Brooks Jr., a black resident of Waukesha, allegedly drove an SUV into a Christmas parade, injuring over 60 people and killing 6. Although Waukesha Police Chief Daniel Thompson confirmed that the incident was “not a terrorist event” and the suspect was fleeing a domestic disturbance, white supremacist groups were quick to exploit the event. Banners with racial slurs targeting black and Jewish residents were posted across the town, although quickly removed by authorities. 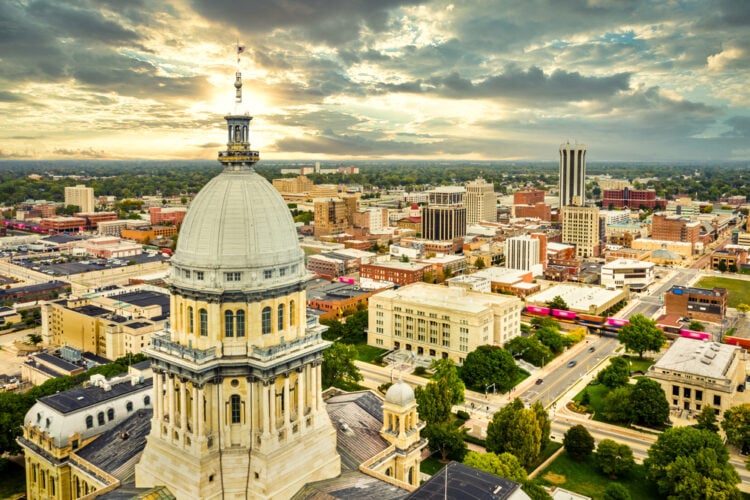 Black residents in Illinois are 9 times more likely to be incarcerated than white residents. While the median annual income for black households is $27,197, the figure for white households, $61,976, is more than double. Additionally, the unemployment rate among white workers in Springfield is 5.8 percent, while the black unemployment rate is 18.8 – a likely effect of the high incarceration rates. 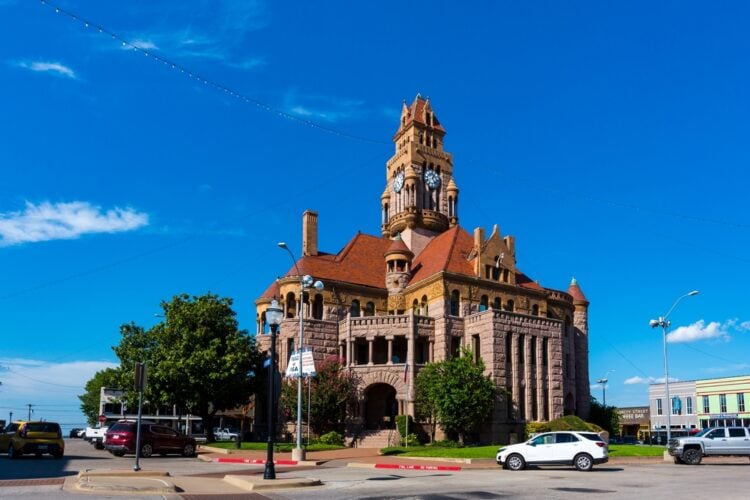 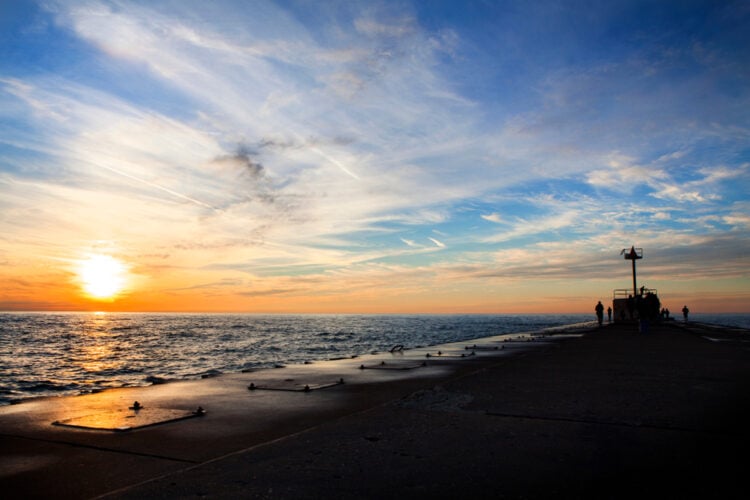 Niles-Benton Harbor is ranked as one of the most segregated areas in the US. About half of the black residents in the area reside in predominantly black neighborhoods, and 42 percent live below the poverty line. This black poverty rate is higher than that of all but 11 other metro areas. 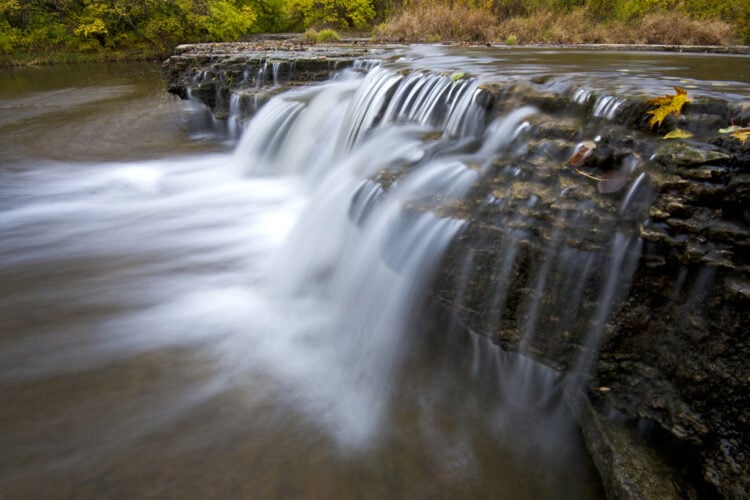 More than 4 in every 10 black Kankakee residents live below the poverty line compared to one in every 10 white residents. Additionally, inequitable distribution of resources and the concentration of minorities in poor neighborhoods has led to underfunded predominantly schools that highly disadvantage their students. Less than 80 percent of black adults have high school diplomas, while more than 90 percent of white adults have diplomas. 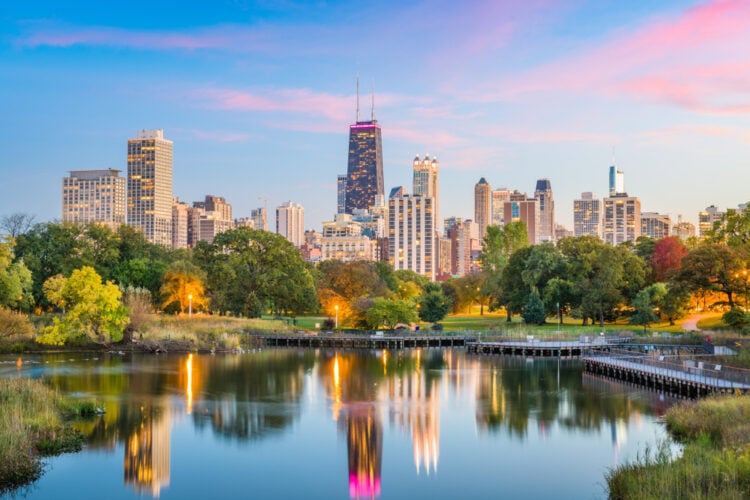 Chicago has a long history of discriminatory lending and exclusionary redlining, and zoning practices. Although these practices were predominant in the 20th century, they caused a segregation effect that persists today. The metro area has some of the largest racial disparities in health, education, and income. The average black annual household income in the country is 60.1% of the income of the average white household. In Chicago, this rate is 47.3 percent. 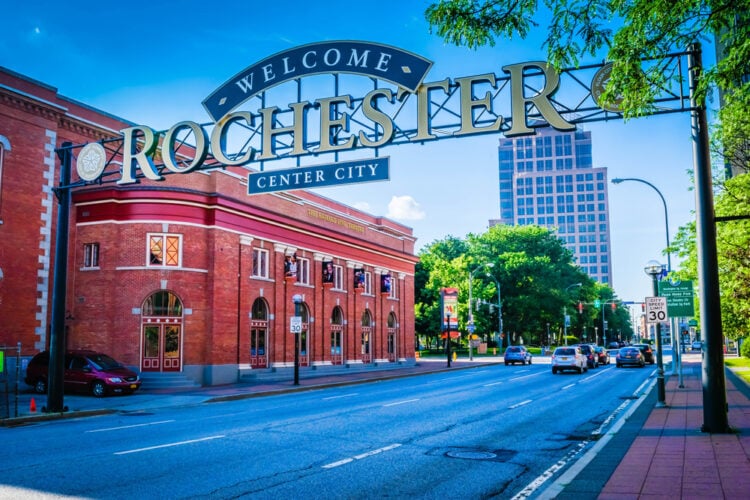 The Civil Rights Project of the University of California, LA, recently released a report showing the de facto persistence of segregation in schools in Rochester. Between 1990 and 2010, the enrollment rate for white students in inner-city public schools fell to 15 percent from 34 percent. Segregation in schools has been linked to social and economic inequality. The attainment gap for high school diplomas in Rochester is 14. 3 percent – almost double the national figure. 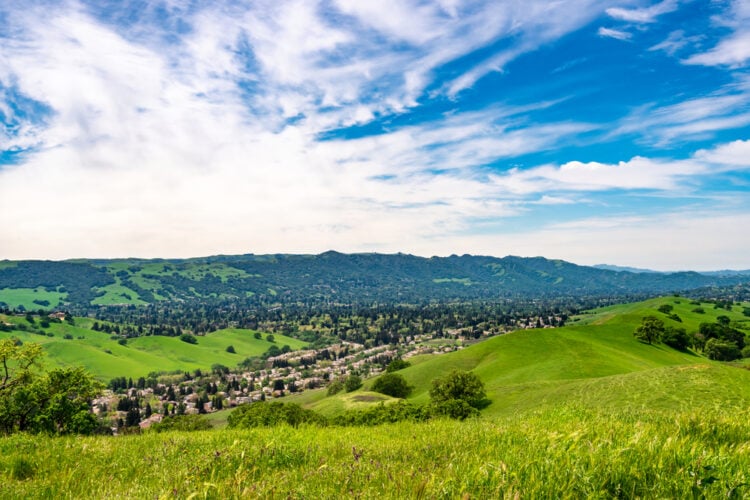 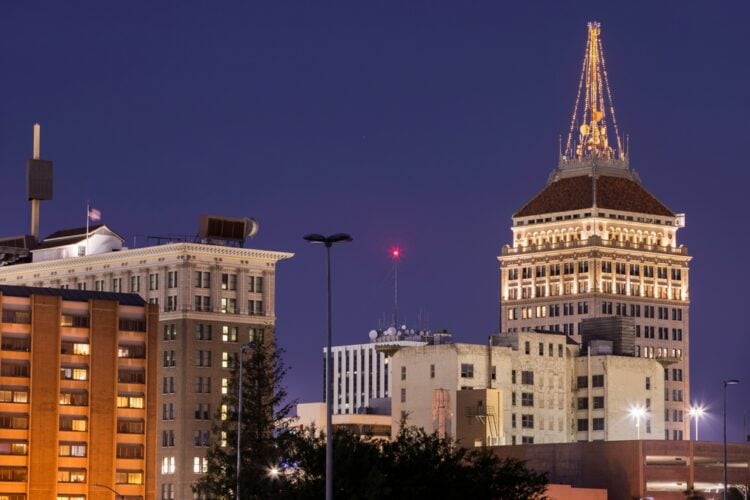 Like many US metro areas, Fresno implemented many housing segregation policies that are still evident today. Many minorities and black residents here live in west Fresno, while the wealthier population, which is largely white, lives in the eastern and northern sections. A recent California Environmental Protection Agency study also found a nearly 20-year disparity in life expectancy in Fresno between black and white residents. The 908 deaths per 100,000 residents mortality rate for black residents is significantly higher than the 750 deaths per 100,000 residents white mortality rate. 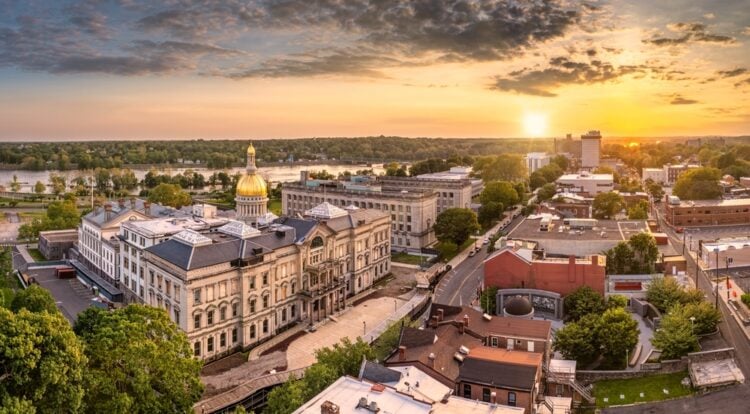 Trenton has a history of educational attainment disparities between white and black races that cause gaps in poverty and income levels. White residents have a 48 percent college attainment rate, while black residents fall in at 18.2 percent. Additionally, Trenton is the capital of New Jersey, which has the largest black-white incarceration disparity in the United States. 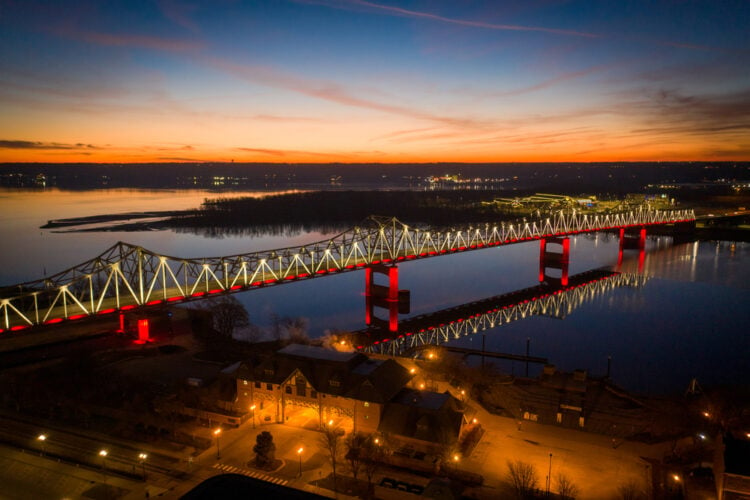 Like most areas on this list, Peoria also has a long history of segregation, whose impacts are still felt today. At 37 percent, the poverty rate for black people is higher than the 26.2 national average and four times the poverty rate for white people, which is 9.2 percent. In August 2017, HOPE Fair Housing Center, an Illinois-based nonprofit, filed a federal lawsuit alleging that Peoria still maintains housing codes that unlawfully target black residents. 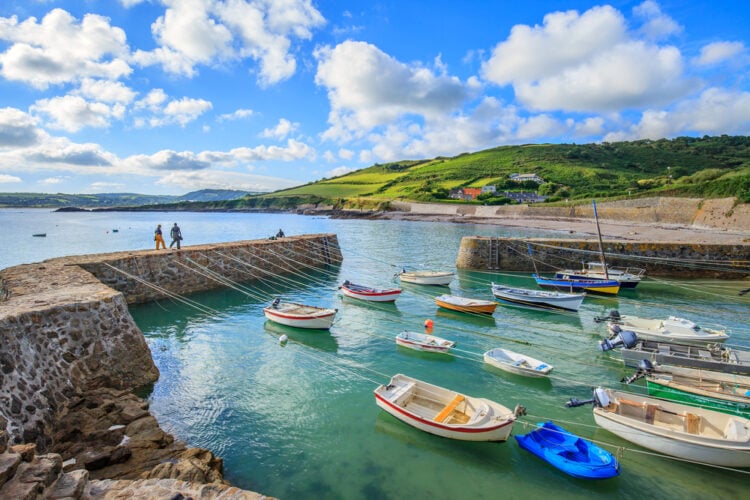 In Racine, the average black family earns $26,888 annually, while the typical white family earns $63,507 per year. Wisconsin, as a whole, has glaring black-white disparities in incarceration rates, with black residents being 12 times more likely to land in prison than white residents. This number is significantly higher than the national figure (5). Recently, black and Latino students at Racine Lutheran High School said they were victims of racial harassment from their fellow students. 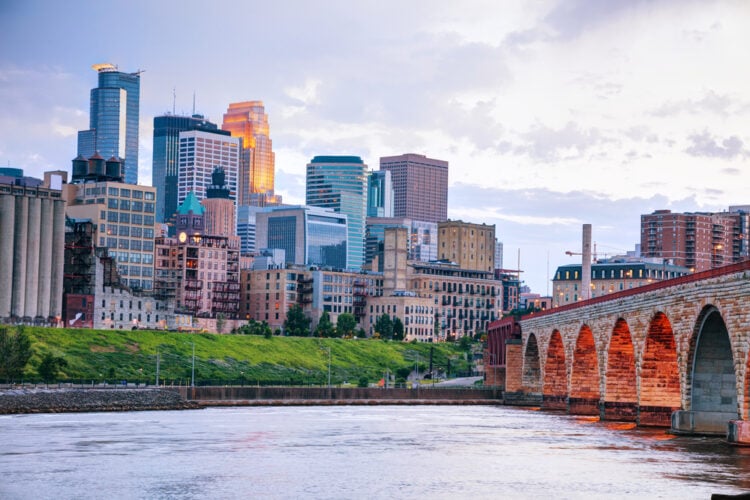 Minneapolis hit the headlines and sparked nationwide demonstrations following the death of George Floyd. However, this recent outburst only brought to the fore a disconnect that has existed in the area for the longest time. Minneapolis is considered one of the most livable places in the county, as reported by The Atlantic but is also rife with the largest racial disparities. The average black family in the area earns about $47,000 less than the typical white family – one of the largest gaps in the US. 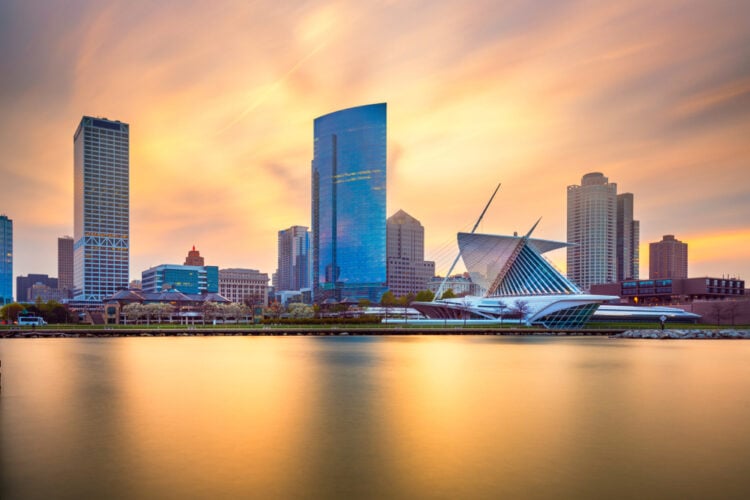 Milwaukee is often referred to as the most racially segregated metro area in the United States. The racial disparities in the area are heavy in maternal and infant mortality, incarceration, and health. This makes it one of the worst places for black people to live. In fact, the COVID-19 pandemic brought these differences to the limelight. This is so much so that Wisconsin declared racism a public health crisis in 2019. Milwaukee has a black incarceration rate 10 times higher than the white incarceration rate. A report by Marc Levine, a University of Wisconsin-Milwaukee Professor, shows that the metro area has the lowest black household income. This rate is among the 50 largest metropolitan areas in the country.

An index of metro areas ranks the Waterloo and Cedar Falls metro areas as having the highest racial disparity. The white unemployment rate in the area is 4.4 percent, while the unemployment rate for black residents is 23.9 percent. Similarly, although 73.2 percent of households in the area own their homes, the black homeownership rate is 32.8 percent. Public schools also show high achievement gaps, with minority students falling behind their counterparts. According to National Assessment of Education Progress exams, 80 percent of white fourth-grade students are proficient in reading compared to 49 percent of black students.

Racism is not as easy to measure as something like area or population. Consequently, it is difficult to identify the Most Racist Towns in America. Nonetheless, some scientists have attempted a new way of studying racism. This is through google searches. They determine how they impact health status, employment rates, incarceration rates, immortality rates, and more. It is important to note that this is not an official ranking of the most racist areas in the country. However, it is an idea of places where racism may occur. 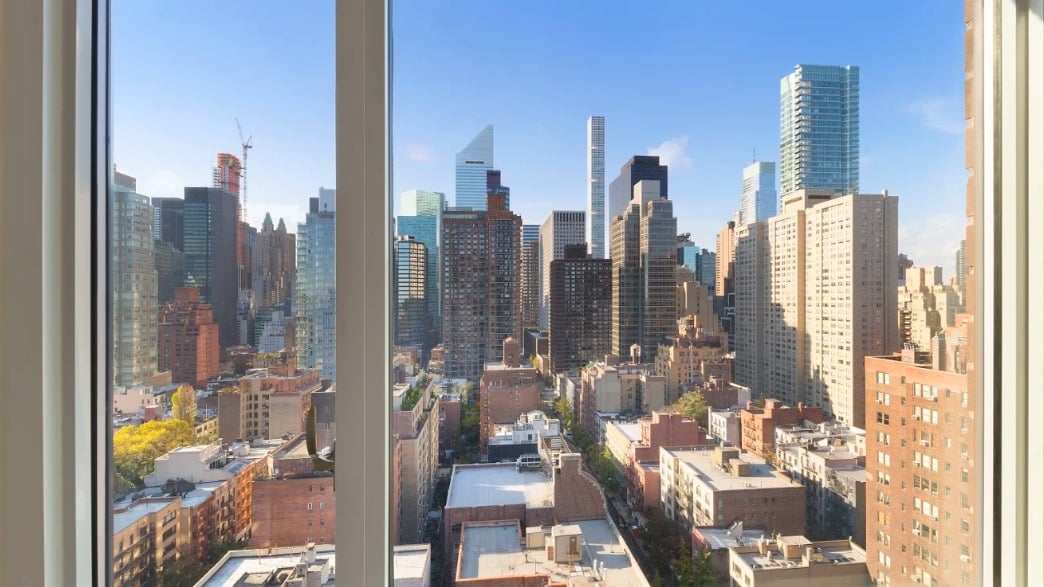 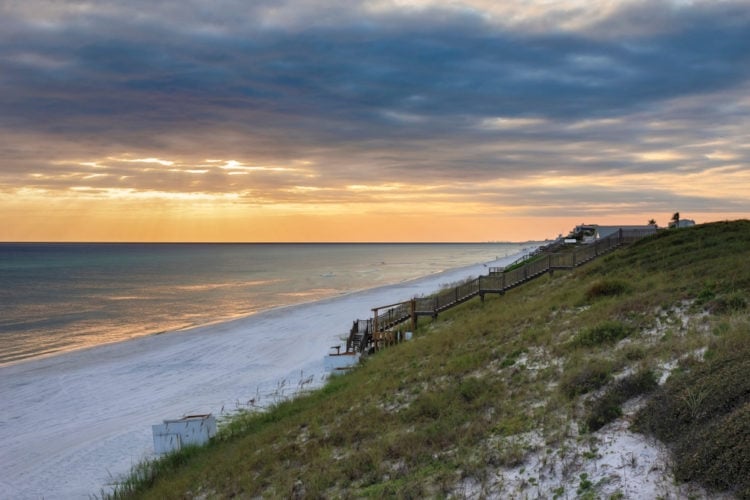 For some people, living along the Gulf Coast and enjoying a… 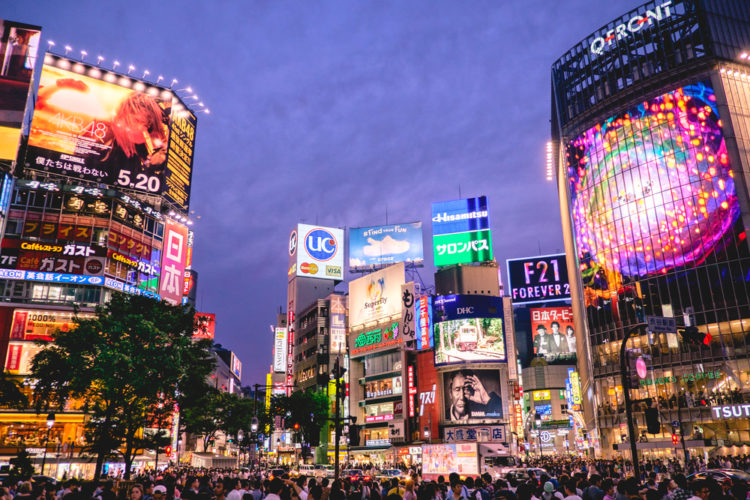 Asia offers some amazing opportunities for teachers. For years, it attracted… 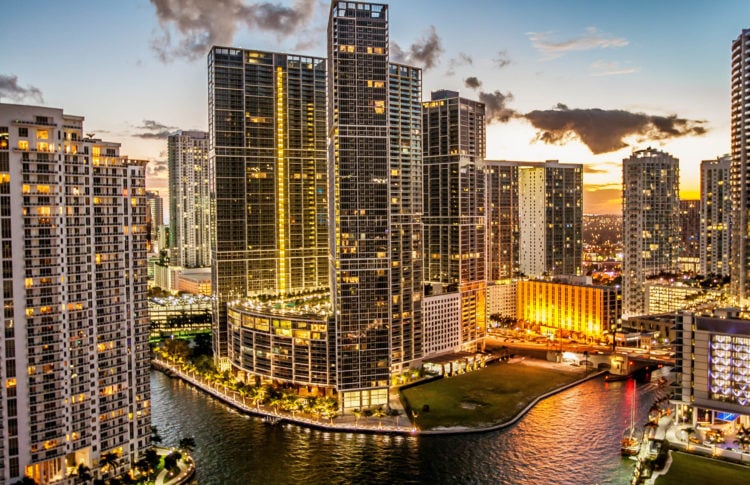 Heading to South Florida? Then count yourself lucky. With its miles… 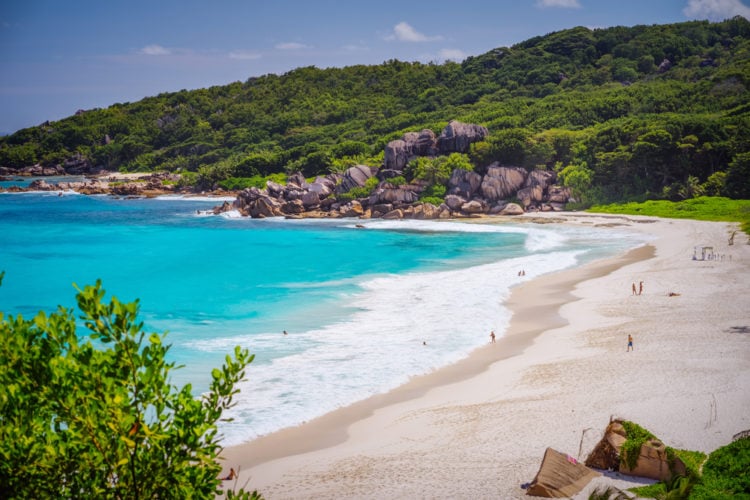 One of the most resource-rich continents in the world, Africa has… 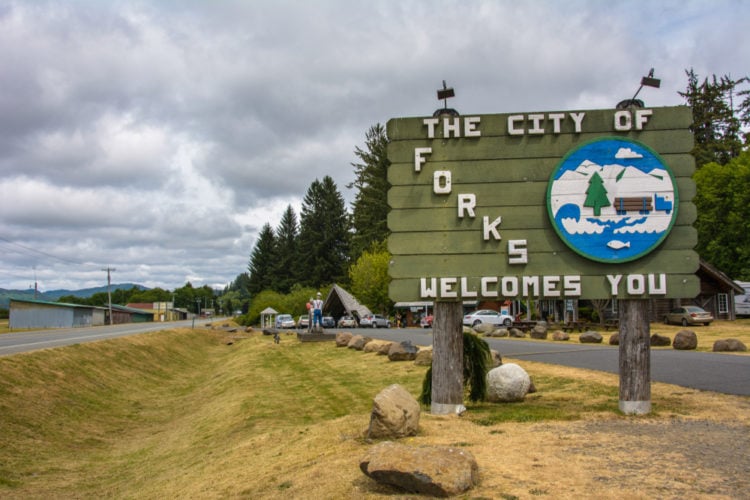