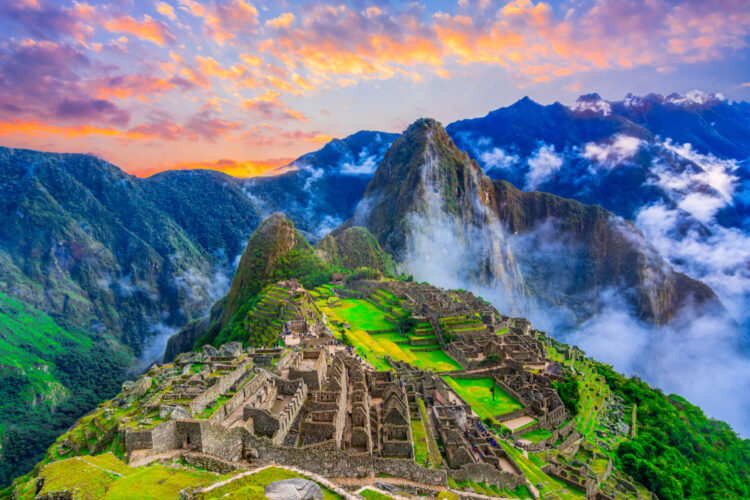 South America is a region that offers some of the most varied climates ranging from the Desert of Atacama to the rain forests of Colombia. Venezuela is the home of the tallest waterfall in the world and the Amazon river is the largest river in the world. The continent is also home to the famed Andes Mountains with some of the best mountains to climb in the world. It lists among the greatest places on earth as the longest chain of mountains on the planet. Mountain climbers have their pick of amazing climbs ranging from easy to extreme. Here are ten mountains in South America that you can climb if you’re an adventurous spirit.

Exped Review recommends Alpamayo in the Cordillera Blanca region of Central Peru. Alpamayo is an Andean peak that offers the most gorgeous views for mountain climbers. It’s a popular choice for experienced mountaineers, but due to its technical nature, it’s not recommended for inexperienced climbers. The trek to the top of Alpamayo presents intensely challenging conditions including steep ascents with 45-degree angles and multi-pitch ascents. The walls leading to the summit are covered with ice, making ice-climbing skills essential for success. Alpamayon remains one of the most challenging peaks to climb in South America with the threat of inclement weather at its summit, issues with altitude sickness, and a high degree of technical difficulty. Climbers must possess high levels of strength and stamina for ascent and descent as the mountain offers few places to stop and rest. Climbers have few places where exposure to the elements is not an issue with rain and stormy weather a constant threat. Plan on encountering 10 steep pitches up ice and snow-covered routes with the French direct route averaging six to eight hours for completion from the summit. The elevation at the highest point is 19,511 feet with average climb durations of 6 to 10 days, depending on the route and the weather conditions. The climbing season for Alpamayo is May through September.

Cayambe is a peak in Ecuador with an elevation of 18,996 feet. The average climb takes two days from start to finish. The climbing season is split into two periods from June through August, then again from December through January. Cayambe is situated in the Avenida de Los Volcanes in the northern end, and it is Ecuador’s third-highest mountain. Cayambe is an exciting peak to climb as it is a potentially active volcano. It’s best to start the expedition to the peak from Quito. This mountain is best for those with less experience as it is a low-technical climb to reach the summit. It’s popular with movie mountain climbers because of the ease of its trail. The most challenging aspects of climbing Cayambe are the altitude and physical demands of climbing at a high altitude. Many guides hold the climbing party over for an extra day on the mountain to practice climbing skills on the glacier. The typical ascent to the summit takes between six to eight hours. The descent takes an average of half the time of the ascent. There are few places to stop and ret meaning that physical strength and stamina are requirements for climbers.

Lanin is a 12,000-foot peak in the northern part of Patagonia. It’s a climb that offers breathtaking views of the surrounding mountains, pampas, and forests. it’s a stratovolcano in a cone shape with ample glaciers that borders the countries of Chile and Argentina. It’s viewed as a sacred peak by Mapuche culture, the natives of the region. Before scheduling a climb on this mountain, mountaineers are advised to familiarize themselves with both the challenges and governmental regulations for climbing Lanin. Government restrictions only allow climbing parties of up to 60 people per day to protect the delicate ecosystem of the surrounding area. The highest peak of Lanin is 12,388 feet. Climbing season runs from December to May and the duration of climbs is two days. The main challenges are treks of up to 15 hours up the side of a steep wall to the snowcapped peak. The elevation gain of more than 8,600 feet requires a two-day acclimatization period. Strong winds are among the most significant challenges with steep ascents requiring ample strength and stamina. The technical requirements are low, but the ascent is steep.

South America Travel recommends El Misti Mountain of Arequipa, Peru. The peak is 19,101 at the top. It’s an active volcano with a history of small eruptions in its recent past with the last known eruption in 1985. It’s a peak only recommended for intense thrill-seekers who prefer to make their climbs on peaks without much snow. It’s ideal for beginners but some experts like to hone their skills. The trek begins in Lima, Peru with a flight to Arequipa, and an hour’s drive to the starting point. The hike follows the Grau route with a 4 to 6-hour hike up the steep trail to Campo Piramides Alto for an overnight camp. The next day is the hike to the summit. It takes about 5 hours. The view is spectacular,r but acclimatization is necessary for the 3-day and 2-night climb. The climbing season on el Misti Mountain is between June to October for the best weather. Climbs occur year-round.

Cotopaxi Mountain is a high peak that towers 19,347 feet. It’s located in Quito, Ecuador, and remains an active volcano peak that last erupted in the 1940s. Hundreds of climbers attempt the climb each week. it’s one of the best peaks in Quito and has been so since the early 1800s when the first mountaineers conquered the peak for sport. Plan on an icy climb and a climb to the summit that takes around 56 hours. Some routes require navigating deep crevasses. This mountain requires a guide. Beginners should opt for the three-day two-night package for acclimatization. The best time of year to climb Cotopaxi is between December and January. These are the months when winds are the slowest. and the climate is the driest.

Ojos de Salado Mountain is one of South America’s tallest peaks with a summit of 22,615 feet. It’s only bested by Aconcagua, in height. The summit takes the form of two peaks, with one crossing the border that exists between Argentina and Chile. Access is from either Chile or Argentina. You should book a guide to make the trip. Plan on 2 to 3 days with nights spent in camps to help you acclimate to the high altitude. There are lodges along the way with an established base for climber comforts, but it’s still a challenging climb that requires strength and stamina.

Huayna Potosi Mountain is in Bolivia. The mountain is a few miles from the capital city, La Paz. Huayna Potosi towers 19,874 feet above sea level in the Cordillera Real region. It offers some of the most beautiful views of Lake Titicaca and the surrounding areas. Mountaineers may enjoy various routes to the summit and choose among difficulty levels. The base camp is at Zongo Pass. The elevation is 15,400 feet. The next day you’ll have a two-day climb, allowing for acclimatization. After ascending for two days, the hike to Campo Argentina at 17,060 feet is between 1-3 hours, then another overnight stay for climbers to rise and shine for a 4 to 8-hour attempt to scale the summit. The season for climbing is open year-round for Huayna Potosi Mountain.

Climb Tall Peaks recommends the tallest peak in Argentina for experienced mountain climbers. It’s the second-highest in the world. Aconcagua is a non-technical climb, but the elevation is so high that it will take 2 to 3 days for acclimatization. The main challenge is the high altitude. Guided tours are recommended for all beginning climbers because of the risk of altitude sickness. The elevation is 22,835 feet at the highest point.

Mount Roraima is a lower peak situated on the borders of Guyana, Brazil, and Venezuela. Mount Roraima is just 9,219 feet above sea level. Although there are no proper routes to follow, guided climbs are available through experienced guides. It’s not a technical climb, but there are dangers for beginning climbers. The Patepui route is the most popular. It’s rated at a Class 3 YDS with an elevation gain of 4,987 feet. The Loop is a total distance of 35 miles and the climbing season is year-round. There is no snow or ice to speak of. Climbing permits are required.

Chimborazo is the highest mountain peak in Ecuador. The peak is 20,548 feet above sea level. Guides are required for all glacier climbs, even though the easiest route is not a technical climb. It is glacial featuring snow and ice to traverse. The elevation gain is 4,800 feet. It’s a loop-type climb that takes approximately two days for proper acclimatization. It’s open season for climbing year-round, but the best weather periods are from June to July and December to January. You must have a climbing permit and a guide to legally climb Chimborazo.