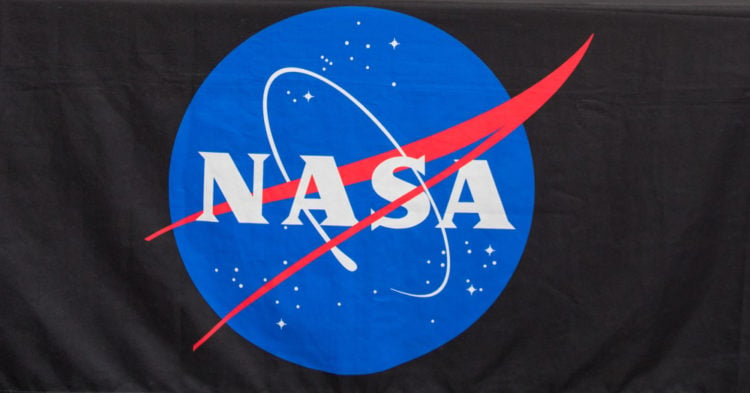 NASA was created in 1958. However, it didn’t come out of nowhere. Instead, NASA received a huge boost from absorbing elements of various organizations, with the best-known example being NACA. For those who are curious, NACA stands for the National Advisory Committee for Aeronautics, a U.S. agency founded for the purpose of promoting aeronautical research in 1915. Thanks to this, it played an important role in both World War One and World War Two. Regardless, the creation of NASA was prompted by the Soviet launch of Sputnik 1, which raised serious concerns among U.S. leadership about both U.S. security and U.S. technological leadership. Ever since, NASA has been very involved in both aeronautics and astronautics.

How Has the NASA Logo Changed Over Time?

Generally speaking, people recognize a couple of NASA logos. One would be the “meatball,” while the other would be the “worm.” Both NASA logos are being used in the present time. However, it is worth mentioning that there are other NASA logos as well.

Historically speaking, a wide range of cultures have used a wide range of seals because people needed a way to authenticate documents. For example, ancient Mesopotamia had cylinder seals, which could be rolled to create impressions in clay. Similarly, ancient Egypt produced some of the first signet rings in the entire world, which often bore names rendered in hieroglyphs. By Roman times, there were people who used engraved gemstones for this purpose. Something that proved to be so popular that there were elite individuals who collected them in the same way that the super-rich of present times might collect paintings.

In any case, seals saw extensive use in medieval Europe. Generally speaking, these were made out of wax. However, there were some interesting exceptions, with an excellent example being the leaden seals of papal bulls. For the most part, seals were circular in shape, which explains why their modern successors tend to be circular in shape as well. Still, people are known to have used oval seals, triangular seals, and even shield-shaped seals for one reason or another.

Perhaps unsurprisingly, the NASA seal is circular in shape. Furthermore, it possesses the same essential elements as its predecessors. For example, it contains its full name, which encircles the whole piece. Likewise, it contains a symbol that represents it, though its symbol isn’t an animal but rather something much more celestial in nature.

To be exact, the NASA seal shows a planet between a red chevron. There are stars in the back, while there is a spacecraft orbiting the combination of the planet with the chevron. Each of these elements represent a part of NASA’s mission. Both the planet and the spacecraft speak for themselves. Meanwhile, the stars represent space and the chevron represents aeronautics. Besides this, the positioning is meant to evoke other symbols of the U.S. federal government, which makes sense because of NASA’s status as a U.S. independent agency. As for the colors, well, suffice to say that they are also associated with the United States.

On the whole, the NASA seal is an excellent summary of NASA’s mission. However, it is rather formal, which makes sense because it is specifically a seal. As such, it wasn’t too long before NASA took on a new symbol for use in other contexts. It is interesting to note that this “meatball” logo was created by the same individual James Modarelli, who was the organization’s in-house illustrator. Due to this, the carryovers from the NASA seal to the “meatball” logo become very understandable, though Modarelli also made an enormous effort to make changes based on the criticisms of his earlier creation that were made known to him.

Regardless, the “meatball” logo is called thus because it really does resemble a meatball. Granted, it isn’t a meatball that most people would chow down on without thinking, seeing as how blue is a rather suspicious color for anything that is supposed to be made out of meat. However, both the shape and the substance are definitely there. In any case, the blue is representative of space, though it is much more reminiscent of the perspective from the Earth rather than the perspective from beyond Earth’s atmosphere. Mixed into it are both the red chevron and the spacecraft, though the chevron now surrounds the word “NASA” while the spacecraft is now orbiting in a diagonal rather than a horizontal manner. The result is something much more dynamic-looking than its predecessor, thus making it very well-suited for use in more casual contexts. As for its more fundamental purpose, it is still more than capable of getting the general gist of the organization’s mission across to interested individuals even if they don’t necessarily know exactly what NASA stands for.

Later, NASA introduced the “worm” logo. Worms don’t quite bend like that in real life. However, it isn’t hard to see why people might come up with such a descriptor considering the color as well as the lines of the letters. Regardless, it is clear that the “worm” logo is a product of the 1970s and 1980s. After all, it looks rather retrofuturistic to modern eyes. This is because it is influenced by thoughts of what the future will look like, which are grounded in the 1970s and 1980s rather than more recent decades. Unfortunately, while NASA has plenty of name recognition, the “worm” logo is inferior to the “meatball” logo in the sense that it doesn’t actually say much about what the organization is supposed to be.

In the present time, all three of these logos are being used. The NASA seal has been used since 1959. Granted, it has been changed a bit. However, that happened in 1961, meaning that this was so early that it has had very little effect on how people see it. Meanwhile, the “meatball” logo started being used in 1959 and continued being used until 1975. Then, it was replaced by the “worm” logo, which was used until 1992. In that year, the “meatball” logo made a return while the “worm” logo was retired. Something that remained the case until very recently in 2020, which was when the “worm” logo was restored as a secondary logo for the organization.