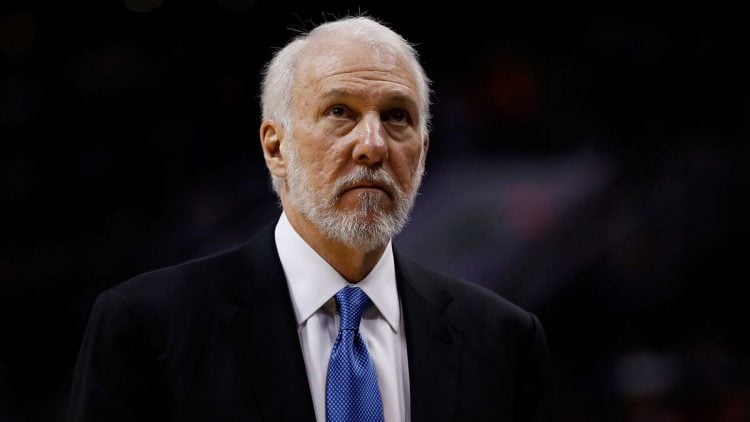 A coach’s job goes beyond the act of simply calling plays throughout the game. The job of head coach of an NBA team is a multi-faceted job that deals with many levels of those involved with the game, from the individual players, a large staff of people, team managers, the owner and the media. NBA coaches must know the game of basketball inside and out along with each individual player. Being able to nurture the talents, manage the individual needs, and lay out expectations of each player requires a talent in its own right.

So while NBA players are typically the ones to get all the glory when the team is having an on-spot season, on the sideline stands the coach behind that team, leading them to every victory. It seems like we all have an interest in what professional ball players are making for their contribution to the team, but NBA coaches also earn a hefty salary for their enormous role, too.

If you’re interested to see what the top NBA coaches are scheduled to earn in the 2016-2017 season, here are the top 10 NBA coaches and their estimated salaries:

At 42, Frank Vogel is the youngest head coach in the NBA. On May 20, 2014, Vogel was named head coach of the Orlando Magic after leading the Indiana Pacers to the playoffs 5 times in 5 ½ seasons of his coaching the team. His long, successful career in basketball began as head video coordinator for the Boston Celtics. After 5 years in the position, he was appointed assistant head coach. Since his career began, he has worked with the Philadelphia 76ers, Los Angeles Lakers, Washington Wizards, and most recently, the Indiana Pacers. Frank Vogel announced his new position as head coach of the Orlando Magic when his contract with the Pacers wasn’t renewed. His salary? $2,000,000.

Dwane Casey’s salary with the Toronto Raptor’s is $3,000,000. He replaced Jay Triano as head coach for the Toronto Raptors in 2011 under a contract that was intended to run through the 2013-2014 season. During his first two seasons with the Raptors his coaching showed very success with a better first season than second. During the third season, however, Casey lead the team to the Atlantic Division Championship with the most wins in a season as well a spot in the playoffs; their first in six years.

Billy Donovan has spent a lot of years at University of Florida. After 19 years, Donovan not only holds the lead for the most wins by the Florida Gators men’s basketball team, but under his coaching, the Gators appeared at the NCAA tournaments more times, and had more NCAA wins than under any other coach in the history of the team. In 2007 he accepted the job as head coach of the Orlando Magic but had second thoughts and asked to be released from the contract so that he could take the head coach position for the Oklahoma City Thunder. He possess all the qualities they were looking for in a new coach to lead the team to their highest achievements. Donovan is the third head coach in the Thunder’s history and it’s estimated that he will earn a $3,500,000 salary.

Jason Kidd has a long history in the sport and entered the NBA draft in 1994 where he was drafted for the Dallas Mavericks. His career continued with the Phoenix Suns, the New Jersey Nets and a return to the Mavericks from 2008-2012 and completed his pro-ball with the New York Nicks when he retired in 2013. The very next season, Jason Kidd took over as head coach of the Nicks, making him only the 3rd player in the history of the NBA to become head coach the season after retiring. In July of 2014, the Milwaukee Bucks sealed a deal with the Nicks that allowed Milwaukee to retain Jason Kidd as head coach in exchange for 2 second-round draft picks in 2015 and 2019. He led the team through a successful first season but failed to have the same success during the second. Jason Kidd’s salary is estimated to be 10.5 million over 4 years.

Before turning head coach of the Detroit Pistons, Indiana Pacers and currently, the Dallas Mavericks, Rick Carlisle spent his playing career playing a forward with the Boston Celtics, Albany Patroons, and with the New York Nicks after being signed as a free agent, and finally, 5 games with the New Jersey Nets. His coaching career began with the Nets in 1989 as assistant coach which led him to many coaching positions through the years until in 2008 he secured a 4 year contract as head coach with the Dallas Mavericks. Carlisle’s most successful season was the 2010-2011. His success with the Mavericks was so impressive he signed another 4 year contract in 2012 and later another 5 in November of 2015. His estimated salary is $4,500,000.

Stan Van Gundy earns $7,000,000 with the Detroit Pistons. His coaching career began in 1981 at the University of Vermont as an assistant coach. After more than a decade of successful coaching positions at the college level, Van Gundy moved to the Heat. In 1995 he took an assistant coach position with the Miami Heat which would begin a 12 year run with the team until December of 2005 when he resigned. In 2003-2004, Van Gundy was recognized for leading the team to a 42-game win and a surprise advance to the 2nd round of the playoffs. In the spring of 2007, after multiple offers to coach the Orlando Magic, Van Gundy finally accepted and led the Magic all the way to the team’s first division championship since 1995-1996. After a controversial resignation in May of 2012, it wasn’t until May of 2014 that he accepted his current position as head coach of the Detroit Pistons.

Scott Brooks spent his early years on the court as a player. In 1988 he was named to the College Basketball Associations all-rookie team, later followed by playing with the Fresno Flames and WBL. In 2007, before the season started, Brooks signed with the Seattle Supersonics as assistant coach, and would follow the team to Oklahoma as the Thunder. Brooks found himself operating as their interim coach during the 2008 season after head coach Carelsimo was released. In 2009, the Thunder dismissed the term, “interim” and designated him, head coach. In his first 5 seasons, he led the Thunder to the playoffs 5 times and was named Western Conference All-Star Coach in 2014 at the All-Star game. However, in the 2015 season when the Thunder didn’t make the playoffs, Brooks was fired and subsequently took the position as the 24th head coach for the Washington Wizards where he is currently coaching today, earning a reported annual salary of $7,000,000.

Tom Thibodeau started is NBA career in 1989 as the assistant head coach to the Minnesota Timberwolves. Over the next several years, he worked with such teams as the Spurs, the Philadelphia 76ers, and the New York Nicks which included serving as the assistant coach to Van Gundy in 2000, coaching the Eastern Conference All-Stars. In 2007, Thibodeau was officially named associate coach to the Boston Celtics. One of his biggest achievements is creating the best defensive team in the league, the Celtics. In 2010, Thibodeau took over the Chicago Bulls as head coach and due to his determination and excellent leadership, he was recognized in 2012 for being the fastest coach to accomplish 100 wins in NBA history after the Celtics took a win against the Orlando Magic. Despite his achievements, a level of tension grew between the Bull’s management office and Thibodeau due to a consecutive 6-game loss during the 2014-15 season and he was fired. In April 2016, Thibodeau was named head coach as well as President of basketball admin for the Minnesota Timberwolves with a salary of $10,000,000.

Glenn Rivers spent his NBA career as point guard and began his coaching career in 1999 with the Orlando Magic which he coached for four seasons and took home the Coach of the year in 2000 after only one season. In 2004 he took the position of head coach for the Boston Celtics but many didn’t like his coaching methods and wanted him to resign, however, he did not and wound up leading the Celtics to the NBA finals in 2010. He joined the Los Angeles Clippers in 2013 and was promoted to President of Basketball Operations for the team in 2014. He continues to coach the Clippers, today, and as an added bonus, is the first coach in the history of the NBA, to coach his own son, Austin Rivers. For Glenn “Doc” Rivers’ coaching expertise, he earns a $10,000,000 salary.

As one of nine coaches to have coached 1,000 winning games in the NBA, Gregg Popovich earns an amazing $11,000,000 salary. Gregg Popovich served five years in the Airforce in the early 1970’s and became the assistant head coach to the Air Force Academy in 1973, a position that he kept for six years. Beginning in 1987, Popovich began a stint of time coaching with the San Antonio Spurs, from lead assistant coach to eventually naming himself head coach in the beginning of the 1996-97 season after firing of Bob Hill. Popovich is a headstrong, dedicated coach that has high expectations of his team. In 2006 he earned his 500th game win and became the fourth fastest coach to earn that achievement and in 2009, his 1,000th game win. Other achievements with the Spurs include winning the Red Auerbach Trophy in 2014 as he won the NBA coach of the year for a third time, and in 2016 he led the Spurs to an all-time franchise high with a 67 game-win.