Home
Sneakers
This is Now The World’s Most Expensive Sneaker 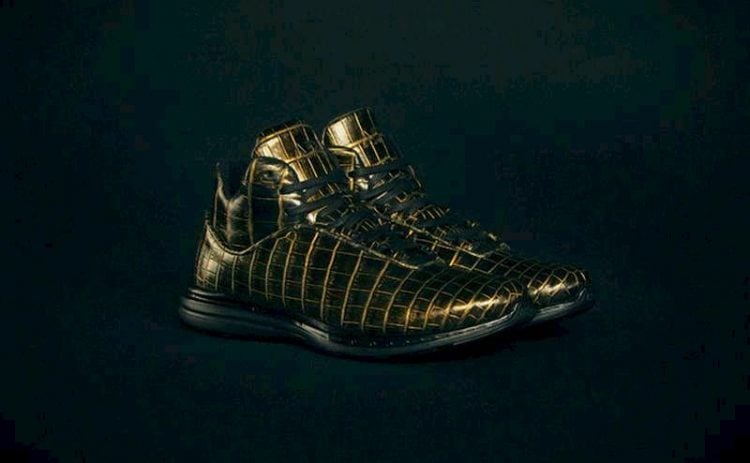 Without a doubt, the new Lusso Supreme Black/ Pure Gold sneakers from Athletic Propulsion Labs are turning heads. They’re made to order only, a limited edition, and require 12 weeks until fulfillment. The $20,000 payment per pair must be made 100% upon order. What’s offered moving forward from the initial payment is an astonishing array of privileges.

The construction process includes the best the traditional master cobbler’s craftsmanship offers. Handmade using Nile crocodile skin which has been painted with pure 24K gold, and crafted in Italy, these sneakers are made with materials never used before on athletic shoes. It took more than two years to design the shoes, and bring them to market. There will be only 20 pairs produced, ever.

Athletic Propulsion Labs was co-founded by identical twins Adam and Ryan Goldston. They’ve invented technology which banned their shoes from the NBA. Their controversial “Load ‘N Launch” sneakers caused the commotion, due to their reputation for giving players unfair advantage on the court. That was in 2010, just one year after the Goldston’s founded their company. They were University of Southern California undergrads at the time, and they enjoyed playing USC Trojan basketball and football. While in their room at the dorm, they developed new basketball technology for shoes.

After the 2010 NBA ban on their basketball shoe, the Goldston twins moved toward creating high performance technology in their running shoe line. The worked for nearly four years to produce a successful shoe which was not only highly functional but fashionable as well. Their new running shoe line was introduced in 2014 with certain success. They credit their partnership with Saks Fifth Avenue for giving them the recognition as the athletic performance brand with style. They believe that their success has come from providing a fitted and tailored athletic shoe which has been elevated to be a fashion statement for its wearers. They realized that their ideal customers were those who already purchased their clothes with a goal of looking great in finely tailored clothing. The partnership with Saks was a marriage of style, and certainly accessibility for people who preferred to shop in high end specialty and department stores.

It hasn’t hurt that the Athletic Propulsion Lab (APL) shoes have caught the eyes and feet of celebrities. These are not only high performance, but they are comfortable to wear. This has brought in many buyers who aren’t elite runners, but wear them for their natural, light fit. More importantly, they wear them to look good, too. When Michael B. Jordan, Chris Brown, Rick Ross and Kim Kardashian wore them, the fans took notice. Fans also took their wallets and pocket books out and bought their own APLs; wearing them with not only gym clothes, but jeans and suits.

The APL Lusso Supreme in Black/Pure Gold made their debut at Dubai’s Sole DXB footwear fair in late November 2016. It was a luxury unveiling for the new luxury brand. The sport shoes have details for the privileged who will enjoy them: 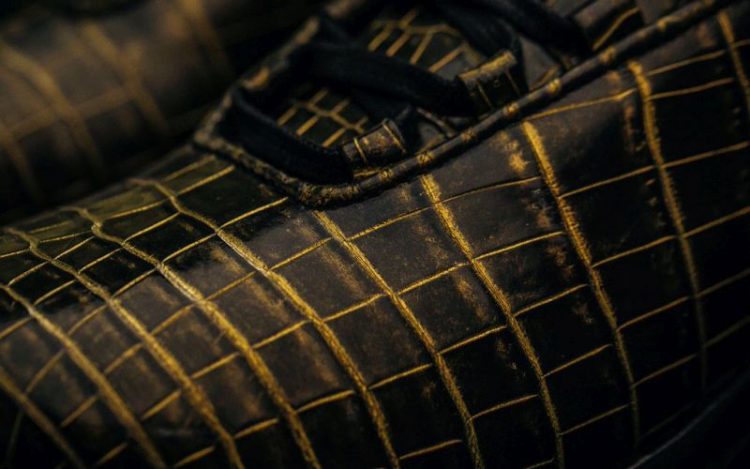 When Forbes presented their 2016 class of 30 Under 30 Retail and E-Commerce standouts, Adam and Ryan Goldston, both age 28, were included in the gallery. Their patented technology for high performance, fashionable, high-end sneakers and their accessories and athletic apparel have garnered revenues which are up year on year by 3,500%. They also list Barneys and Net-A-Porter as their sales venues.

One amazing plan for APL is their exclusive brand entry into Asia, partnering with Lane Crawford. They have developed a 3D knit which stretches with the part of the foot which moves while staying firm around the part that doesn’t. This technology will be exclusive to Lane Crawford in the season upcoming.

They first visited Asia in 2012. It was Christmas Day and they arrived in Hong Kong, never having been outside the United States more than twice before that. They were on their way to a gym and passed through Lane Crawford. They were immediately impressed with the brand presentation and the merchandising. Though they discovered the store by chance, a successful partnership emerged with Lane Crawford, where their Blade Basketball Shoe was to sell exclusively.

Also in 2012, the brothers moved into the Ritz-Carlton Residences in Downtown Los Angeles, purchasing side-by-side homes in the luxury tower. It’s a perfect spot, with its proximity to the sports and entertainment district in the city. Staples Center, playing venue for the Clippers and Lakers is right next door. The NBA-banned basketball which increased the wearer’s vertical leap by three and a half inches instantly gave the two entrepreneurs incredible visibility, and served as unexpected marketing success for their company.

The brothers Goldston have many firsts in their company history:

Considering that the twins began their business in a 60-square foot office staffed with four people, with no marketing budget and hours of unending work, they’ve done well for themselves. They figure that they were blessed by the NBA ban of their shoes, because their product was deemed “too good to be worn”. They also have learned to “listen to their own voices and trust what they think” when it comes to believing in their designs and their work. The Lusso Supreme Black/Pure Gold Nile crocodile sneakers sum up the incredible Goldstons. APL performance, intelligence, fashion, innovation, money…everything.