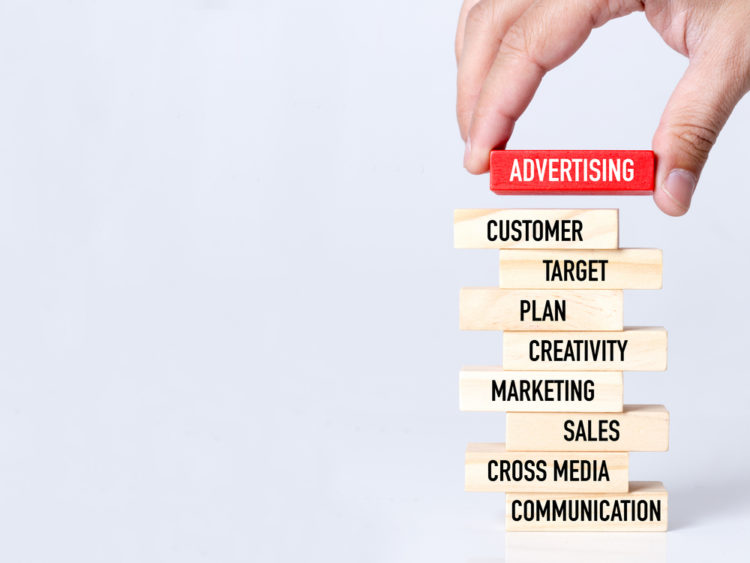 Outbrain is an American advertising startup turned public company. It offers a unique web advertising platform with boxes filled with links that lead to pages within websites. The company’s links to site pages also generate revenue from sponsored content on the pages. This is a valuable resource for publishers in need of help monetizing their sites. The company relies on targeted advertising to recommend a host of various media content to readers. The company has grown quickly and is becoming a leader in the advertising industry. If you’re not yet familiar with this enterprise here are 20 things you probably didn’t know about Outbrain.

1. Outbrain’s platform is based on recommendations

Crunchbase reveals that the Outbrain platform provides recommendations for the open web. It uses technology that helps online consumers to make discoveries through feeds on their favorite media that are used to provide recommendations on products and services that the intuitive system detects and funnels towards the audiences. It’s a useful tool for entrepreneurs and e-commerce startups as it helps to provide targeted marketing and advertising services to help them grow their businesses.

2. Outbrain is a versatile company

Outbrain is listed under five industry categories because of the scope of the services that t provides. It is categorized under internet, digital marketing, content marketing, content discovery, and advertising. Outbrain’s products and services use the latest in technology to help target advertisements for its clients in online environments.

3. Outbrain has been around for more than a decade

Outbrain was founded in 2006. It’s been in operation for more than fourteen years and has reached a mature stage in its development. The company was founded by Ori Lahav and Yaron Galai with its headquarters in New York, New York. The company is based in New York and Israel.

4. Ori Lahav is head of the Israeli operation

Mr. Lahav is a co-founder and the general manager of the operations in Israel. He also serves as the chief technology officer. Before co-founding Outbrain, Ori served as a manager in research and development for a business called Shopping.com from 2003 to 2006. Outbrain is his first entrepreneurial endeavor.

5. Yaron Galai is an angel investor and serial entrepreneur

6. Outbrain is led by an 8-member executive team

7. Outbrain has more than ten members on its board of directors

The board of directors at Outbrain consists of more than ten members. The ten that are listed all bring years of business experience to help advise the company in its strategic direction and financial planning. Yaron Galai joined the board in 2006 at its inception. He is co-founder and chairman of Listory and an angel investor with 3 portfolio companies and 2 exits. He has co-founded four companies and served in numerous executive leadership positions. Ziv Kop joined the board in June of 2006. He is a managing partner at O.G. Tech Partners. He currently serves on 7 boards of directors in advisory roles. Shlomo Dovrat joined the board in 2009. He is co-founder and general partner at Viola Ventures.

We learned that Outbrain actively uses 70 technologies to power its website and ensure a smooth and seamless experience for its visitors. These technologies are distributed across 40 technology products and services. Some of these products include jQuery, Google Analytics, HTML5, Viewport Meta, iPhone Mobile Compatible, LetsEncrypt, and dozens of others. The estimated total cost of IT for Outbrain over the next year is $4.6 million.

9. Outbrain maintains an edge over its competitors

Outbrain is a company that remains unique when compared to others in the advertising and internet industries. This is because of its numerous registered patents and trademarks. We discovered that Outbrain has secured 52 patents in the computing and calculating category. In addition, it has registered 17 trademarks in the advertising and business categories. This prevents any other companies from legally using the same products or from copying those technology products, making it a unique and outstanding provider.

10. Outbrain is experiencing a growth in the number of monthly visitors

The number of monthly visits to the Outbrain website has grown by 4.47 percent in the last 30 days. The site received a total of 124,128,055 visitors in the past 30 days. This gives Outbrain a ranking of number 330 of the millions of websites registered on the worldwide web.

11. Outbrain is most popular in the United States

12. Outbrain is a publicly-traded company

Outbrain started as a venture capital-funded organization. It raised $349 million over a series of 10 funding rounds, which made it a late-stage VC-backed enterprise before filing its IPO. The last round of Private Equity funding was July 6, 2021. Outbrain became a publicly traded company on July 23, 2021, with an opening with stock offered at $20 per share, listed under the NASDAQ ticker symbol OB. The company was funded by 13 investors.

13. Outbrain is a global enterprise

Outbrain acquired Surphace in February of 2011. This was the first acquisition for Outbrain. Surface provides contextual content tools that allow online publishers to more fully engage with readers. The acquisition helped Outbrain to create an organization that became a market leader for content discovery. The terms of the agreement were not disclosed, nor was the amount of the acquisition.

In 2012, Outbrain announced the acquisition of a company called Scribit. This is an Atlanta, Georgia company with a total funding amount of $6.2 million. Scribit is a content logistics platform supporting discovering, organizing, and publishing content for publishers.

Outbrain was on a roll since 2012 with its rapid growth and expansion through acquisition strategies. In March of 2013, it made its third acquisition with a company called Visual Revenue. Visual Revenue is a New York, New York company that provides a real-time predictive analytics platform. It developed a suite of tools that offer editors decision support for content. The total funding amount of the predictive analytics company was $2.2 million before the acquisition.

Outbrain made another acquisition in the early part of 2016. It acquired a technology company called Revee. Revee is a Los Angeles-based software business that had a funding amount of $1 million. The transaction was announced on March 3, 2016, and has since been completed. It has been disposed of as a separate entity that operates as a subsidiary and maintains its separateness from its parent company.

In July of 2017, Outbrain acquired a company called Zemanta. Zemanta is a New York, New York-based company that develops enterprise software that is used for native advertising. The company’s platform is widely used by brands for the executive of native ads. The total funding amount before the acquisition was $9 million. Details of the acquisition have not been disclosed.

Outbrain acquired AdNgin in June of 2018. AdNgin is a Tel-Aviv-Yafo, Israel-based company that provides a testing platform for premium publishers. The platform helps improve advertising revenues per page. Outbrain acquired a company called Ligatus in February of 2019. Ligatus is a Cologne, Nordheim-Westfalen, Germany-based company that itself has made two acquisitions. I specialize in providing its customers with native advertising solutions for brands, programmatic buyers, and publishers.

20. Outbrain had plans to merge with Taboola

Outbrain announced that it planned to merge with its largest competitor, Taboola. Once the merger had been completed, the two entities would fall under the leadership of Adam Singolda, Taboola founder and CEO as a joint company. The discussions to merge the two companies continued until September of 2020 when they ceased their discussions about a merger and decided to continue business as separate and independent organizations. There were aspects of Taboola that Outbrain found difficult to reconcile, such as the pre-filter links that amounted to spam. The two entities are consistently compared to one another.

Outbrain continues to refine its approaches to cut out any links that could be detrimental to its overall reputation. Both Taboola and Outbrain continue to compete against one another for their share of the market for the products and services they offer in the marketing and advertising industries. Both continue to receive criticism for links that lead to scams and spam-related sites, but the fight is ongoing to purge the systems of known scams. Outbrain continues to rise as a worthy alternative to Google AdSense, one of the largest providers in the world for content publishers seeking additional revenue streams. It’s worth noting that Outbrain has cut off offensive or dangerous links that resulted in a 25 percent cut in their revenue, but they’ve done so to maintain a strong reputation as a reliable provider. The company is more concerned with its reputation and the quality of services than with revenue generation, which is still ample.