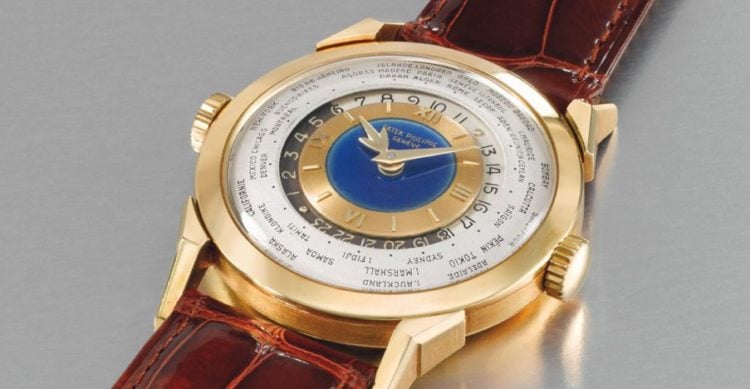 With the advent of smartphones (and our reluctance to take a step without them) we all have access to the time, 24 hours a day, 7 days a week. Watches have gone from an everyday necessity to an optional fashionable accessory- if we’re wearing a watch, there’s a 10% chance we’ve chosen it to keep the time and a 90% chance we’ve chosen it to match our outfit. Step back 50 or 60 years, and the opposite was true. If you wanted to be on time, a watch was necessary (unless you were super-talented and able to track the hour by the sun, of course). That’s not to say they couldn’t look nice as well – most of the watches crafted in the first half of the 20th century would put today’s equivalents to shame. Which may, in part, explain the huge demand for antique timepieces.

Over the past couple of decades, there’s been an ever-increasing appetite for rare and antique watches that’s stimulated the auction market and inspired a growing community of watch-hunters. The brand that, more than any other, has fed this trend is Patek Philippe, a Geneva-based luxury watchmaker that’s been keeping the elite in premium, exquisitely crafted (not to mention ludicrously expensive) watches for the past 180 years. Want examples? Try the 1932 Patek Henry Graves Supercomplication, which sold for auction in 2014 for a staggering (and record-breaking $24 million). Or the 1943 Patek Stainless-Steel Ref. 1518, which fetched $11.1 in 2016. Or even the 1943 Gold Chronograph Ref. 1527, which managed to pull in $5.7 in 1943. If these all sound too expensive for your tastes, you could always consider the Patek 1953 Heures Universelles Ref 2523- a steal at just $2.9 million. Tempted? Before you hand over the cash, let’s take a closer look.

Before immersing ourselves in the technicalities of the Heures Universelles Ref 2523, it’s important to understand a little of its genesis. In the late 19th century, people began traveling in ways (and to extents) they never had before. Great, you may think. Nothing to broaden the mind like a bit of travel. Which is all well and good, but suddenly, the world was facing a new problem: with each region having its own local time zone, how were these newly mobile citizens to tell the time? Fortunately, for every problem, there’s a solution, and in this instance, the man to the rescue was one Sandford Fleming, a Canadian Railway engineer who made the handy suggestion of creating a universal time system in which the globe was divided into 24 time zones. His recommendation caught on, and soon, we had Greenwich Mean Time and all the deviations thereof. Clocks were reset, and the world carried on- except for watchmakers, that is, who were having a little trouble in figuring out how to adapt.

This time, it was Louis Cottier who saved the day. In the early ’30s, he developed a nifty new system for universal time indication. Impressed by his invention, Patek tasked him to create a run of “World Time’ timepieces using his “heures universelles” calibres. The result was a collection of limited-edition watches that managed to show the correct time in every time zone in the world to the very minute, all on one, easy- to- read single dial. In 1950, Cottier took his findings one step further with the invention of the World Time System, a new design featuring two crowns. The new feature added a greater level of protection to the city-name bearing bezel bordering the rotating inner ring, as well as allowing the city names to be printed (rather than incised, as was traditional at the time), allowing for improved readability. The innovation was hailed as one of the greatest in 20th-century watchmaking, cementing both Cottier’s and Patek’s status as leaders in their field.

The history explained we can now look at the specific details that make the 1953 Heures Universelles Ref 2523 such a sought-after commodity. Exclusivity is, as we know, one of the hallmarks in establishing both market value and market demand. While there may be more than a couple of 1953 Heures Universelles Ref 2523’s in the world, their quantities are sufficiently low to merit a feeding frenzy every time one comes on the market.

In terms of specifics, the 1953 Heures Universelles Ref 2523 consists of a HU movement stamped twice with the Geneva seal. Its rare combination of exquisite aesthetics and advanced functionality sees eighteen precisely placed jewels, Roman numerals, and stylized hands sit atop an engine-turned gold chapter ring and translucent royal blue enamel center. A revolving ring calibrated for Arabic 24 hours is divided into diurnal and nocturnal hours, while its outer ring bears the names of 41 cities from around the world. Settings can be amended by the crown. A circular case, faceted lugs, and an 18K gold Patek Philippe buckle finishes off the 35.5 mm diameter wristwatch, while the case, dial, and movements all bear the brand’s signature.

Given their rarity, any watches that form part of the 1953 Heures Universelles Ref 2523 limited edition run are going to fetch a pretty price at auction. One of the prettiest seen so far was in November 2017, when a particularly desirable example of the collection managed to rake in $2.9 million at Phillips auction house in Hong Kong. In addition to the usual characteristics we’d expect, this particular beauty featured a black crocodile strap, the signature of renowned French retailer Jean Guillermin, and a sales invoice certifying its original sale date of October 10, 1956. Phillips described the piece as ‘one of the most breathtaking specimens of the iconic reference 2523, by far the most appreciated, elegant, collectible and sought-after world-time model ever produced by any manufacturer’… which in fairness, it would have to be, if for no other reason than to justify that mammoth price tag.