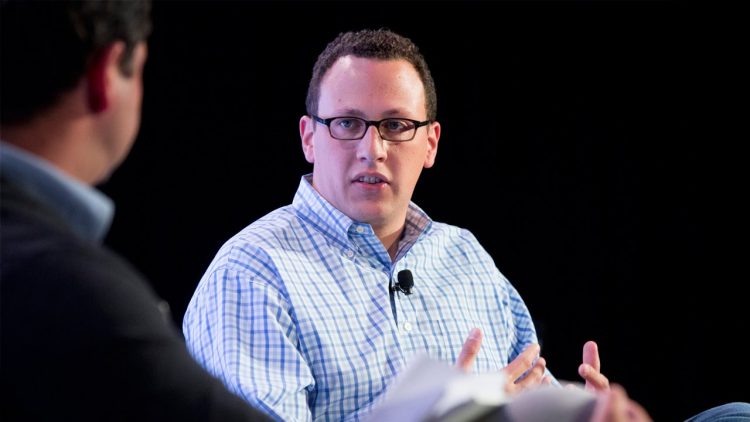 Philip Krim is the CEO of the Casper company. He has shown amazing skill in developing this new startup which just recently launched in April of 2o14, and taking it on a journey of success in a short period of time. The company is described by Krim as a sleep startup and they sell mattresses to consumers directly. This philosophy allows for lower prices to the customer and greater profits for the company.

As the world is becoming familiar with Philip Krim there is a great deal that we do not know about him. Every once in a while, a talented individual comes along and achieves some amazing feats, but they largely go unnoticed and often, credit is not given where it is truly due. So often the focus is placed upon celebrities in the entertainment world because they are the ones who seem to end up in the spotlight the most often.

It is our opinion that this man can give us all a little shot of inspiration and this is why we’re highlighting this brilliant CEO and entrepreneur because we’ve discovered some very interesting facts about him that we believe are well worth sharing with the world. We think that as you learn more about Philip Krim, you’ll agree with us that he has led a very interesting life and this is just the beginning of what we believe will be a long and prosperous career. We invite you for further explore the amazing Philip Krim with ten things you didn’t know about him.

This is an interesting fact that some would think is a mark of poor management. In fact, that couldn’t be further from the truth. The demand for his new product is so high that the company at its’ current stage of development cannot keep up with the number of mattresses that consumers are clamoring to get.

2. He generated $1 million in revenue in less than his first month

The Casper company, under the leadership of Philip Krim broke a lot of records in their first month of operation. It isn’t often that a new startup can make a million bucks this quickly, but they did. In fact, it only took them twenty eight days to do so. We think that this is a fairly remarkable feat worthy of accolades.

The mattresses that he sells are specially designed to provide maximum comfort and relief for certain types of back pain. The engineers crafted the mattress to target specific pressure points. It is known as one of the most comfortable mattresses in the world because Krim insisted on research and development until they satisfied his quest for the ultimate comfort and support.

He maintains a unique philosophy when it comes to customer satisfaction. He believes that it is important to get the mattress into the homes of those who are looking for a better night’s sleep. He has voiced frustration over the overwhelming demand because it has caused a delay of approximately one week for fulfilling customer orders. Philip quickly went to work to put the pressure on their partners to up production so they wouldn’t disappoint the people that Casper is there to serve. This is the attitude that builds loyalty and lifelong fans and the addition of an amazing product doesn’t hurt either. His goal is to establish and maintain next day shipping in order to keep his customers happy.

5. Philip Krim is a lifelong learner who takes prompt action

He shares that he is still in the process of learning best practices to meet customer expectations. This is a humble statement from such an accomplished entrepreneur. He spends time carefully examining each aspect of his business from customer shopping, how the products are delivered, customer trial periods and more about the product itself and whether or not improvements can or should be made. He takes a holistic approach and is always looking for ways to improve the customer experience.

6. Krim’s net worth is a mystery

This humble young man has made millions of that we are certain. He’s done it all by the age of thirty two. Countless attempts to find his personal net worth have turned up a zero. We do know that within the two year period that he and three friends started Casper, the business is worth more than one hundred million dollars. So with this being the case, we can safely assume tht he is at least worth roughly a quarter of this.

7. He knows how to maximize profits exponentially

This is one of the aspects of Krim that makes him a brilliant marketer and skillful entrepreneur. Not everyone knows this, but he insisted that reinvestment of profits back into the company in the early stages was the best way to grow the company at a faster rate. He is brilliant and possesses a high level of business savvy. He knows how to make a quick build and leverage available funding for the best possible results.

8. Krim owned his own mattress business his sophomore year of college

He began with a small business by building a few websites as a college students. He went with companies that agreed to drop ship the mattresses to the customers. He didn’t have room in the dorm for inventory. He sold an impressive fifty thousand mattresses online in the ten years that he owned the company.

9. Philip Krim is an expert at driving traffic to websites online

Philip was a very quick study and although ecommerce was still relatively new, he realized that in order to sell products he had to have a steady stream of traffic. While others were sitting back and waiting for browsers to find them, Krim was proactive about the situation. This is partly why he achieved success for the business. It is a skill that still serves him well today.

10. Krim forms an emotional bond with his customers.

He believes that this is really the only way to run a business. He places the customers at the top of the priority list and does everything within his power to ensure that each one feels that they are highly valued. For some companies, these are nice words that are good in theory, but Krim actually puts it into practice. He also goes the extra mile to offer education so they have the opportunity to learn all about the importance of getting a restful nights’ sleep.

These are the things that make Philip Krim such a special person. He lives his philosophy well in his personal life. He also carries this very real aspect of who is is into his professional life.