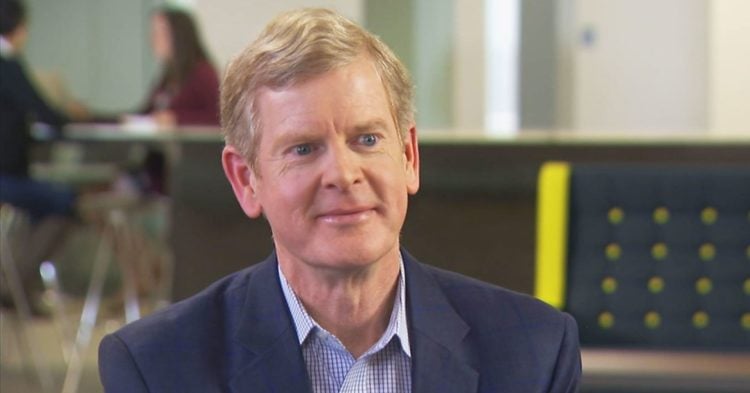 David Taylor is the current head of Procter & Gamble, which makes him one of the most influential figures in the world of business. Like most people in his position, there is a wide range of opinions about his performance, but it is interesting to note that there is a significant percentage of people who believe that he is moving in the right direction but at too conservative a pace. Here are 10 things that you may or may not have known about David Taylor:

David is a Biblical Hebrew name that means “beloved.” In fact, most readers should be familiar with this fact, seeing as how King David is an important figure in the three main Abrahamic religions. With that said, while David started seeing widespread use at a very early point, its feminine versions have not had the same success.

2. Taylor Is an Occupational Family Name

Perhaps unsurprisingly, Taylor is an occupational family name of British origin that refers to a tailor. However, said name comes from Old French rather than some other source because of the lasting consequences of the Norman Conquest of England in the 11th century.

Taylor was born in Charlotte, which might not be the capital of the state of North Carolina but can claim the honor of being its most populous city. It is interesting to note that Charlotte is actually home to six companies on the Fortune 500 list, though Procter & Gamble isn’t one of them.

Speaking of which, Taylor went to school at Duke University, which can be found in the state of North Carolina. There, he studied engineering, which is how he graduated from the school with a BSE in 1980.

5. Started Out as a Plant Manager

Some CEOs started out their careers at the companies that they go on to lead. In contrast, other CEOs climbed their way to the top by moving from company to company, rising a little bit higher each time. Taylor is an excellent example of a CEO who rose within their own company, seeing as how he started out as a plant manager for Procter & Gamble upon graduation.

6. Learned a Wide Range of Skills in His First Position

The best managers have a reasonable understanding of various fields, which is important because managerial responsibilities tend to be both numerous and wide-ranging in nature. As a result, it should come as no surprise to learn that while Taylor honed his engineering skills as a plant manager, he also used it as a chance to learn other skills such as logistics, manufacturing, and supply chain management.

Later on, Taylor was entrusted with brand management for Procter & Gamble, which is important because a business’s brand can either make it much easier or much harder for its marketing to convince interested individuals to buy their products and services. His first assignment in that regard was Pampers, which was Procter & Gamble’s biggest brand.

Besides that, Taylor has been entrusted with a wide range of other responsibilities as well before his eventual promotion to both CEO and President. For instance, he was in charge of Procter & Gamble’s efforts to carve out a chunk of China’s lucrative hair care market.

9. Something of a Dark Horse

When Taylor became both CEO and President in 2015, he was something of a dark horse at the time. This is because while he had been entrusted with a number of important positions with respectable results, he wasn’t as high-profile as some of the other candidates in the competition, which can be attributed in part to the fact that he appeared in fewer interviews and was otherwise less involved with the media.

Taylor has seen his fair share of failures over the course of his career. For example, his effort to launch a new brand of hair care products in the Chinese market met with a lackluster response because it wasn’t doing anything that wasn’t already done by Procter & Gamble’s existing brands. However, what is interesting is that Taylor is known for protecting people who take risks but do not necessarily find total and unqualified success with their risk-taking, as shown by the fact that some of his subordinates from that incident came out of it even stronger than before.