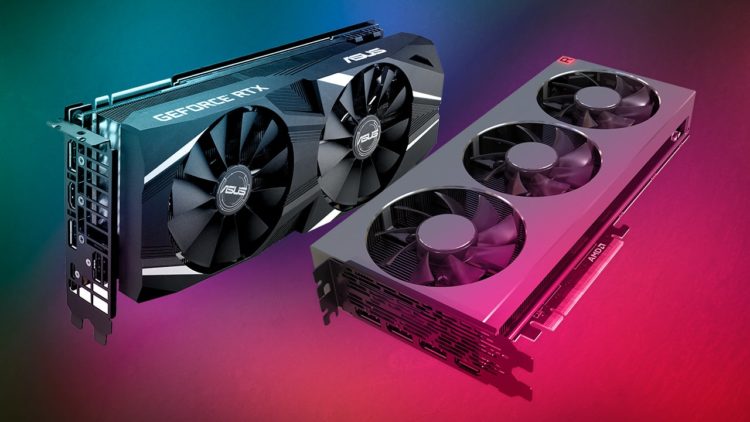 If you have not yet explored or learned about the world of cryptocurrency, consider this a short tutorial and explains why the price of graphics cards have become so expensive. For the uninitiated, these two topics may seem worlds apart, but as with many things in the Digital Age, there are connections and entanglements that have yet to be discovered. The focus of this article will be on the graphics card, and in a strange way it still ends up being about money via cryptocurrency.

Most people think of graphics cards as technology for gamers or people who develop content for web sites such as YouTube. We are content with our out-of-the-box laptop or PC with its 4 gigabytes of memory. The graphics power of our computer is not all that important as long as it doesn’t significantly slow up our system. Our solution to slow graphics often is cleaning out media files stored in our cache and deleting those annoying cookies. For those of us who want a better gaming experience or who don’t want to wait forever and a day for our videos to finish processing, a quality graphics card is a must. Make no mistake; the more memory a graphic card provides, the more demands it will put on your system, particularly in the area of heat. There are graphics cards that have multiple fans just to keep things cool.

Now for the brief acquaintance with cryptocurrency. The most commonly talked about cryptocurrency is Bitcoin. It is what amounts to a digital currency whose actual value fluctuates from day to day based on the economic concept of supply and demand. Cryptocurrency is “mined,” meaning that in order to trade any cryptocurrency you need a computer that is very high powered and is able to process very complex mathematical equations very quickly. If you are thinking the word “very” is overused here, it’s not. The reality is that mining cryptocurrency is actually a competition; a race to see who can get to the mine first, then find and extract the gold. The gold in this case is what is called a blockchain. But this is going a bit too far for the purposes of this article. The layperson’s reality is that in order to beat the competition you have to have some top-notch equipment – and that includes the graphics card.

So what does a graphics card have to do with mining? Again, we return to the math. Each graphics card has a GPU or Graphics Processing Unit. It is separate from the CPU which processes instructions, while the GPU processes the visual elements of the computer. If you watch a video or simply see the icons on the desktop, they are the result of GPU processing. But both use highly complex mathematical equations and formula to achieve their individual goal. Since the CPU is often tied up with basic computing processes, using the GPU which still is capable of some heavy duty mathematical computations, is both freer and faster. Most of the cryptocurrency mining is done through the GPU, making mining faster.

Because of the fierce competition to cash in, people buy up graphics cards by the lot. The law of supply and demand kicks in, driving up the price of the best cards. But the lower end cards also submit to price pressure because if you don’t have a fast (not necessarily the fastest) graphics card you don’t have much of a chance in the cryptocurrency competition or any other gaming competition for that matter. So there are a large number of people who settle for second best either out of supply necessity or financial necessity because they cannot afford the better graphics cards. Again, money connected to technology in a way very different than most people are used to.

The question of why any one person or group of people would want to buy lots of cards remains. It’s not about greed or trying to control the graphics card market. Actually, the answer is simple. Graphics cards are a physical item that is manufactured, so they can burn out with overuse or even constant use. Think of it this way. If you heard your computer’s fan operating at maximum speed day after day, you would either take it to get it looked at or reduce its workload. But for miners of cryptocurrency any slowdown of the mining operation can usually be chalked up as a loss. On the one hand, money is no issue (to buy the graphics cards) and on the other hand it is the main issue (successfully mining for a blockchain and rendering a profit).

This is likely to be confusing at first, but if you are a gamer or average person who just wants to have a graphics card to speed up your display or video processing it needs to be digested in one form or another. Perhaps the most important thing to remember is that a graphics card has a GPU which processes mathematical formulae the same way as the CPU – only faster. The more graphics card memory the more computations can be performed, and the race to the bottom of the mine to strike it rich has a better chance of being successful.

Will the increasingly rising price for graphics cards come to an end anytime soon? The prediction is no. Once upon a time the idea of cryptocurrency was thought to be a fad; a way for techies to rebel against the current financial system and structure. Now it is serious business, with more and more people entering the mine shaft. As was noted earlier, it is a race to the bottom. As for the future of cryptocurrency, investors who ignore its possibilities may be left standing on the sidelines sooner than later.