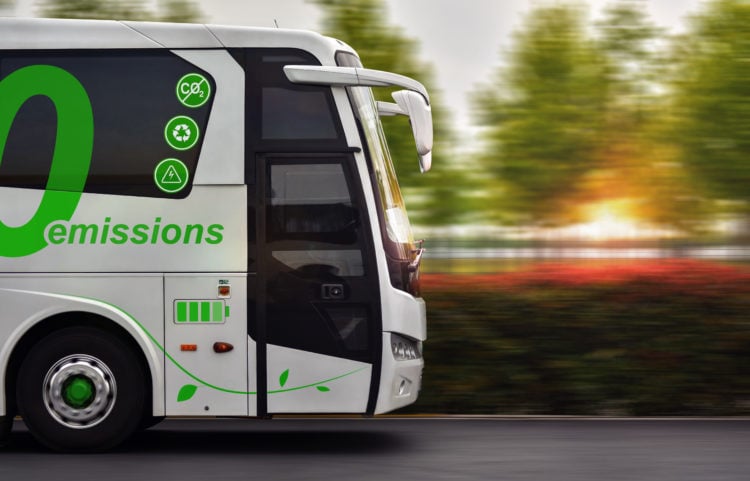 Proterra is a unique company that specializes in the design and production of electric charging systems and electric transit buses. The company has been in business for less than a decade so don’t feel bad if you’ve not yet heard about it. Electric transportation is a part of the wave of the future. It is the next logical step in the fight to save the planet and life as we know it from the damage brought about by the pollution of fossil fuels and deadly CO2 emissions. To help you become better acquainted with this timely business, here are 20 things you didn’t know about Proterra, Inc.

Proterra, Inc. began operations in 2004. It was established first in Golden, Colorado by the founder Dale Hill. The company has since relocated its headquarters to Burlingame, California. It falls under the categories of energy storage and automotive design and manufacture. Proterra has come a long way since it first began. It has grown in size and importance to become a leader in alternative energy powered commercial vehicles.

2. The founder has a history in transportation

3. Proterra is a response to an FTA program mandate

The Federal Transit Administration launched a movement to move towards vehicles fueled by alternative fuels. The Clean Fuels Grant Program Bus and Bus Facilities and the Tigger and Tiger programs excluded buses and their facilities which left an open market. Hill took these initiatives and ran with them, creating the first fleet of alternative fuel buses in the world in Denver, Colorado, in a bid to create a US-based transit bus system that gives off zero emissions.

4. Proterra is good for the planet

Proterra’s electric fleet of buses cuts down on greenhouse gas emissions. This zero-emissions form of public transportation is good for the effort to help preserve the natural resources of the planet while reducing the amount of pollution that is released into the atmosphere.

5. Proterra Inc has moved around a lot

Proterra was first established in Golden, Colorado in 2004. The company stayed in this locale until February of 2010 when the business executives made the announcement that it would move the manufacturing plant to Greenville, South Carolina. The rationale for the move was to move the operations closer to the Clemson University International Center for Automotive Research. The research teams were important in the development of the design of the electric buses and charging stations, and all operations were consolidated in the southern city in October of 2011. Four years later it moved yet one more time and based the headquarters in Burlingame, California.

The California Energy Commission awarded Proterra a grant in the amount of $3 million as funding for designing, developing, and constructing a manufacturing plant for battery-electric transit buses. Hill built the facility in the City of Industry, California. More than 375 buses had been sold by Proterra as of January of 2017 and it went on to establish itself as a leader in the industry. Proterra’s buses were sold to university, corporate, and municipal transit agencies throughout 20 states in America.

7. Proterra is led by a former Tesla exec

In 2014, Proterra hired a former worker of Tesla Motors. Ryan Popple was appointed as the Chief Executive Officer of the company. He has been in leadership of the company for more than five years and continues to make strides in achieving the goals of the firm.

8. Proterra was a privately held company

Proterra Inc. remained a privately held company, but there is a good chance that this could change in the near future. There were a lot of discussions about the possibility of the company going public to raise yet more funds for the expansion of its fleet. Reuters released a report that confirmed Proterra hired underwriters for the possible task from JPMorgan Chase, Morgan Stanley, and Deutsche Bank to explore the possibility of filing for its IPO. This was a process that took a while but it eventually made the decision to get the process started

It is still unclear when Proterra will officially go public, but so far the company has authorized a series 8 round of funding that is intended to raise $75 million with 10,857,762 shares which will go for $6.91 per share, according to Techcrunch.com. As of yet, there is no official date for the closing of the IPO, but we’re all keeping our eyes and ears open for the official announcement.

10. Proterra is a late-stage VC company

The world-famous Daimler co-led a funding round with Tao Capital Partner that raised $155 million. The funding was raised for the purpose of developing a new line of business classified as Proterra Powered. The intent of the line is to sell vehicle battery systems produced by Proterra, Inc. Other uses include building the infrastructure of the powertrain technology and charging services with extensions to heavy-duty vehicle manufacturers, such as those that produce garbage trucks, as well as commercial truck manufacturers.

12. Proterra has a battery leasing program

Proterra also recently launched a credit facility along with the backing of Mitsui & Co. for the fortification of a battery leasing program. This was a joint $200 million venture. This is yet another expansion that is building Proterra into a behemoth within the electric and battery power industry. The move into this sector has the specific purpose of decreasing the barrier of entry of purchasing an electric bus. It’s a marketing move on the part of the strategic planners for Proterra.

Proterra not only has plans to provide electric transit buses, but it is also working on a program for creating a line of electric school buses. The company began working on this project with Daimler on the Thomas Built Buses division. The technologies for making this happen are a joint effort that comes complete with financial resources built into the agreement. This takes electric automotive technology into yet another market niche area within the vast industry of public transportation services.

14. Daimler is working directly with Proterra

Proterra stands to benefit a great deal from recent agreements made with Daimler. The two giants are not only working on the Thomas Built buses, but Daimler has also sweetened the deal by throwing in other benefits. According to techcrunch.com Daimler has made the promise to show Proterra ways to further scale its manufacturing business. What this means is yet more growth and expansion for the company that is already one of the largest of its kind. There is talk of Daimler benefiting from Proterra’s sharing of drive train and battery expertise.

Last year, Proterra commenced with testing and demonstration of the innovative new vehicles that it has developed. These fall under the Hybrid and Zero-emission truck and bus project along with electric school buses. They’ve been successful in receiving the California Air Resources Board and Hybrid and Zerus Emission Truck and Bus Voucher Incentive Project certification for two models. Proterra is on schedule to commence with commercial production at some time in the year 2020.

16. Proterra has multiple divisions for revenue

Proterra has expanded into several different branches in the electric transportation industry. One of the reasons for its rampant success is that it doesn’t just focus on one specific product, but all of the goods that it produces are interrelated. So far, Proterra designs develop, manufacture, and sell motors, batteries and other components. These products are intended for use in heavy-duty vehicles such as sanitation, buses commercial trucks, and more.

With the recent movement to clean up our act as a civilization and cut down on pollution, the products that Proterra produces are in high demand. It is fully expected that this demand will only continue to grow with the passage of time. This is good news for investors who are counting on healthy sales in the burgeoning market. So far, Proterra is on track with the testing and production of its goods. Proterra works very closely with the manufacturers who show an interest in electrifying their fleets, to develop alternative power sources for vehicles that will eventually replace the diesel-powered engines.

18. Proterra will play a vital role in alternative vehicles in the future

Proterra is a proactive company that not only designs and builds zero-emission vehicles for commercial, public, and private use, it has also looked ahead and set up an infrastructure for providing the power for these vehicles. Charging stations for the batteries are another important resource as we move towards the elimination of fossil fuel use and towards a cleaner and safer means of powering the millions of public vehicles use currently. The products and services that Proterra provides will become even more necessary as the global effort to move to alternatively powered vehicles increases.

We also learned that the State of California has signed a contract with Proterra to serve as a vendor for providing the brand’s battery-electric buses and charging systems for the entire state. This is a giant leap forward but it is just the beginning. This is just a small part of the state’s plans to streamline public transit agencies. Securing a pre-established contract with California gives Proterra a strong foundation for expanding its business operations. Proterra’s products follow along the lines established by the Innovative Clean Transit regulation issued in 2018 by the California Air Resources Board that has mandated the state public transit agencies to move to a total zero-emission fleet of buses by the year 2040. This means that the state must purchase all-electric buses and Proterra has already secured a contract that may have a lifespan of up to 40 years and beyond.

20. Proterra is a company to keep your eye on

Whether you are an investor who is looking to diversify your portfolio with a fairly certain bet, or just interested in keeping abreast of what’s happening in the arena of public transportation, Proterra is a company that bears watching. It is currently in the process of investigating an IPO with the date of closing still pending. The company is rapidly approaching unicorn status from the currently released news reports, and it is one that is likely to yield a decent return on investment. Proterra has approved the sale of common stocks at just under $7.00 per share. They’ve made some impressive partnerships and have received hundreds of millions in financial backing. This is a company that has built a solid foundation and is working within an industry that has a healthy market presence that is expected to grow larger in time. This is one company that has a high likelihood of continuing to advance in its command of the alternative powered transportation niche and it just seems to keep adding more related production divisions with each infusion of investment funds. Proterra has hit the ground running and from all appearances, it’s secured contracts that will carry the company forward for decades to come.