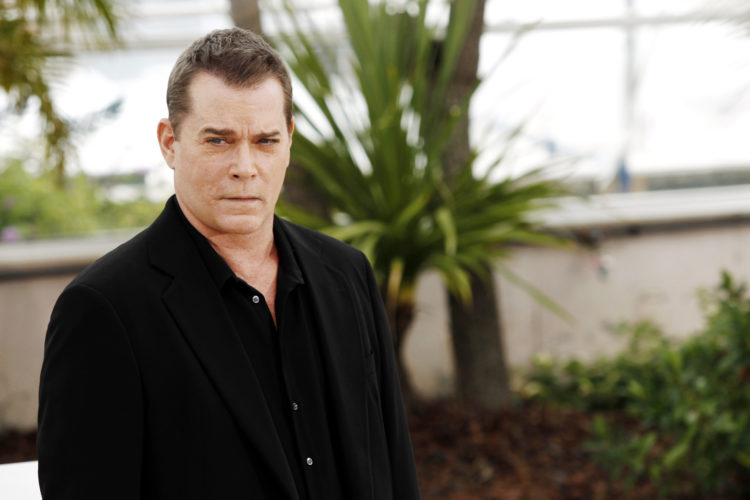 After a successful career in the entertainment industry that spans six decades, Ray Liotta is now a very wealthy man. He is an actor, director, and producer who launched his career in the late 70s, and he has remained popular and in-demand ever since. It is now estimated that he now has a net worth of $14 million. Here is a look at how Ray Liotta became such a successful and rich man.

Ray Liotta was born on December 18, 1956, in Newark, New Jersey. When he was just six months old, he was adopted by Mary and Alfred Liotta, says IMDb. He has an adopted sister called Linda, and he later learned that in his biological family he has a sister, five half-sisters, and a half-brother.

After leaving school, Liotta studied at the University of Miami and received his degree in fine arts in 1978. While he was a student, he also began acting lessons with Robert Lowery. During the first year of his acting studies, he took part in many theater performances. Some of these included ‘Sound of Music’, ‘Oklahoma’, and ‘Cabaret.

His Career in Film and Television Prior to 2000

When he had graduated from university, Liotta moved to New York City to launch his acting career. He got himself an agent within six months, and he worked as a bartender at a theater to get by until his career took off. Fortunately, it wasn’t long before he started to get work.

The first role he landed was playing Joey Perini in ‘Another World’. He played this role from 1978 until 1981. After three years, he decided that he wanted to pursue a film career, so he quit the show and moved to Los Angeles.

His first film role was in the 1983 film ‘Lonely Lady’ The scene in which he appeared featured a sexual assault involving a garden hose. However, the film for which he began to gain recognition was ‘Something Wild’ in 1986. Not only was this his first major acting role, but he was also nominated for his first Golden Globe.

Between then and 1990, Liotta’s career really took off. He starred in the 1989 film ‘Field of Dreams’ and then Martin Scorsese’s film ‘Goodfellas’ in 1990. This was the start of a successful decade in his career as he appeared in multiple films throughout the 1990s. Some of his notable films during this decade include ‘Unlawful Entry’, ‘No Escape’, ‘Unforgettable’, ‘Cop Land’, and ‘Phoenix’. He also made television appearances during this time.

Liotta’s success continued following the turn of the Millennium. His first role of the new Millennium was in the 2001 film ‘Blow’, playing the role of Johnny Depp’s father. For this performance, he received great critical acclaim. Two years later, he starred in the horror-thriller ‘Identity’. Some of the other films that Liotta had roles in between 2000 and 2010 include ‘Smokin’ Aces’, ‘Wild Hogs’, ‘Battle in Seattle’, ‘Hero Wanted’, ‘Crossing Over’, ‘Observe and Report’, and ‘The Son of No One’.

Throughout this time, Liotta also appeared in several television series in a guest capacity. He even provided a voice for an episode of ‘SpongeBob SquarePants’. Other series that Ray Liotta has appeared in include ‘ER’, ‘Hannah Montana Forever’, ‘Family Guy’ and ‘The League.

Since 2010, Ray Liotta’s career has not slowed down. His largest television roles have included five episodes of ‘Texas Rising’, 16 episodes of ‘Making the Mob’, and 36 episodes of ‘Shades of Blue. He has also made multiple guest appearances in various series.

Liotta’s film career has also remained strong. Between 2010 and 2014, he had roles in no less than 31 films. For some of these, he was also an executive producer. From 2015 until now, his movies have included ‘Campus Code’, ‘Blackaway’, ‘Flock of Dudes’, ‘Sticky Notes’, and ‘Marriage Story’.

He has a busy schedule ahead of him, including a role in ‘The Many Saints of Newark’, which is currently in post-production and set for release in 2020. Other films starring Liotta that are in post-production include ‘Broken Soldier’, ‘El Tonto’, and ‘Hubie Halloween’. Although he is in his 60s, Liotta is showing no signs of slowing down or retiring any time soon.

Although Liotta has predominantly worked in film and television, he has also made money from other work. This has included roles in theater productions, providing voices for video games, and appearing in music videos.

Liotta made his Broadway debut ins 2004 when he starred in the play ‘Match’ opposite Frank Langella. The video games for which he has provided voices are ‘Grand Theft Auto: Vice City’ and ‘Call of Duty: Black Ops II’. The first music video on which he appeared was the 2014 David Guetta single ‘Lovers of the Sun’. He then appeared in the music video Ed Sheeran’s 2015 single ‘Bloodstream’. Liotta has also been the spokesperson for Pfizer’s Chantix advertising campaign since 2018.

According to Celebrity Net Worth, Ray Liotta now has an estimated net worth of $14 million. He has earned this money through his work in various aspects of the entertainment industry as an actor, director, and producer. As his career remains strong and he has several films in post-production, it is likely that Liotta’s net worth will continue to increase over the coming years.

In his personal life, Ray Liotta met actress Michelle Grace at a professional football game in which her former husband was playing. The couple was married in 1997, and they went on to have one daughter together. Liotta and Grace also worked together as they co-starred in ‘The Rat Pack’, with Grace in the role of Judith Campbell Exner and Liotta playing Frank Sinatra. Sadly, the marriage did not last, and the couple was divorced in 2004. Liotta continues to reside in Los Angeles in a luxurious property. When he is not working, he enjoys horse riding.