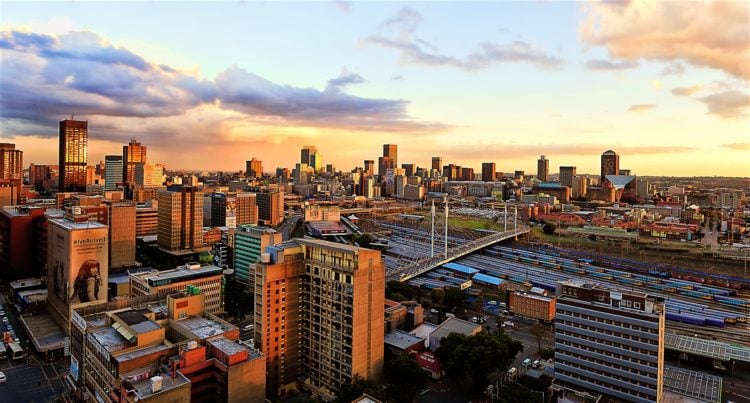 Traditionally seen by the West as one of the world’s poorest continents, there’s unquestionably an extreme amount of poverty in Africa. In 2019, however, there’s also an equally extreme amount of wealth. Thanks to rapid growth in the core sectors of tourism, finance, construction, and real estate, there’s a vast quantity of money tied up in some of the continent’s largest cities. Interested in finding out which of these ranks as the very richest cities in Africa? Then read on.

Our first entry comes from the West African city of Accra. As the capital of Ghana, Accra is home to the largest concentration of wealth ($35 billion, to be exact) in the country, along with the greatest number of excessively wealthy individuals. According to Naijaquest, 2300 millionaires and 100 multi-billionaires currently call Accra their home.

As one of only two North African cities to feature on our roundup, Casablanca has a lot to live up to… and it’s managing to do it with ease. Despite Marrakech being, arguably, Morocco’s most internationally famous destination, it’s actually the country’s largest city that’s holding the purse strings. Thanks to the proliferation of millionaires, multi-millionaires, and billionaires (2300, 111, and 2 respectively) making a fortune from Casablanca’s manufacturing and financial services sectors, the city can claim a considerable wealth of $40 billion.

Our first entry from South Africa (it’ll be a while before we leave the country to rest) is Pretoria, the country’s administrative seat of government and academic hub (along with housing the Council for Scientific and Industrial Research, it’s also home to three universities). With a strong job market and a booming business in manufacturing, basic materials, and finance, Pretoria has managed to make millionaires of 2,600 of its residents, and multi-millionaires of 110 more. It may not have yet managed to create a billionaire, but it still holds a total wealth of $42 billion regardless.

The second (but not the last) entry from Africa’s wealthiest country of South Africa comes in the shape of Durban. As home to the third-largest concentration of people in the country (along with its busiest port), Durban is a buzzing, vibrant hub of industry and activity. Its real estate, tourism, financial services, healthcare, construction, retail, and transportation sectors are all particularly strong, while its trade-in millionaires is even stronger. At the last count, there were 3200 millionaires, 130 multi-millionaires and 1 billionaire all holding up the city’s $46 billion wealth between them.

Luanda, Angola may not be one of Africa’s best-known names, but with $48 billion tied up in the city, it probably should be. As the most populous city in Angola, Luanda is home to the highest concentration of wealthy individuals in the country, with 4100 millionaires, 340 multi-millionaires, and 1 solitary (but no doubt extremely proud) billionaire living very comfortable lives indeed thanks to Luanda’s booming real estate, transportation, and construction industries.

Nairobi is a city on the rise: not only is its population growing by the day, but its job market is expanding at an exponential rate, particularly in the financial services, real estate, construction, tourism, telecommunications, and FMCG trades. As the home of around 6800 millionaires and 280 multimillionaires, there’s believed to be around $55 billion dollars in the hands of the city’s wealthiest private individuals.

As one of the busiest and biggest ports in Africa, Lagos has a thriving import/ export trade. Add to that the city’s status as one of the fastest-growing financial centers on the continent (with the highest GDP of any other African county and a population that How Africa estimates will reach 86.3 million by 2100) and it’s understandable why the city has such a high ranking on our list. With 360 multi-millionaires and 4 billionaires based in the area, there’s an estimated $120 billion floating around the city.

Cape Town may be South Africa’s most dangerous city, but its also one of its most beautiful, with a stunning coastline that attracts droves of tourists every year. Naturally, the end product of all that tourist trade is a huge amount of money flooding into the area- couple that with booming real estate, financial services, and retail industries, and you’re looking at one very wealthy city indeed (made all the more so by the 1500 multimillionaires that have chosen the city as their primary home). All in all, the total wealth of the city is estimated to be $135 billion.

Say Egypt and thoughts immediately turn to the Nile, Pyramids, and a certain cat-eyed consort of Julius Caesar. These days, you should probably add “home of the 2nd richest city in Africa” to the list. Cairo is a huge, sprawling city that ranks as the largest city in the Arab world and the 15th largest in the world. As you’d expect of such a massive metropolis, it’s got a fair share of extreme poverty, unemployment, and deprivation. On the flip side, it’s also got a very large concentration of some of Africa’s richest men and women, with a total of 480 multimillionaires and 5 billionaires contributing to the city’s overall wealth of $140 billion.

Topping the list with a total wealth of $248 billion is South Africa’s largest city, Johannesburg. Much of the city’s extensive wealth derives from its prime position in the Witwatersrand hill range, an area replete with minerals and the center of a very profitable gold and diamond trade. As World Atlas notes, thanks to its booming industry, Johannesburg is home to the largest concentration of millionaires in South Africa (970, by the latest estimation) along with two very successful billionaires. As South Africa’s business hub, even those who don’t have 6 figure bank balances are doing well thanks to an abundance of high paying jobs in the financial, professional, and telecommunication sectors.