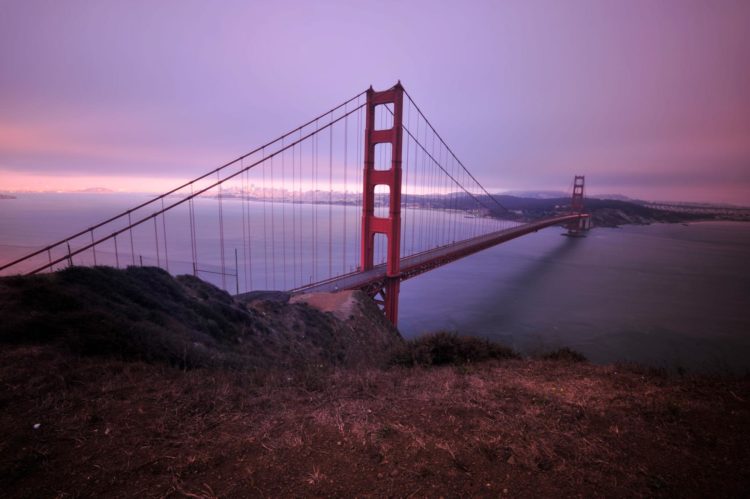 When we hear the name California what comes to our minds? Beautiful vibrant beaches, sandy coasts, consistently sunny weather characterized by a mild sun, amusement parks, steep mountains covered by redwood forests and a lively population deeply engraved in entertainment. California is indeed a unique state that every American should dream of visiting and see how they would be swept away by the state’s natural wonders. Also known as the Golden State, California is the most noticeable and visited state in the United States due to its wide range of tourist attraction sites and famous theme parks such as the theater of dreams.

California is a state located in the Western region of the United States along the shores of the Pacific Ocean. According to the Los Angeles Times, California has a population of 39.9 million residents as of January 1st, 2019. Making it the most habited state in the U.S. and third-largest by area as it occupies about 163,696 square miles. Its capital city is Sacramento, an economic and cultural fulcrum which ranks 6th in California’s largest cities. California boasts a robust, diverse economy with an annual income of $2.9 trillion. According to Forbes, if California were a country, its economy would be the 5th largest globally. Let’s take a look at the richest cities in California based on their median income.

As of the 2010 census reports, Hermosa Beach’s population is 19,500 with a median age of 39 years. The municipality can be pinpointed on the seaside of the Pacific Ocean and is bordered by two other beach cities; Redondo and Manhattan Beach. Hermosa Beach economy is mainly supported by Wholesale Trade, Educational Services and Finance and Insurance sections. It has a median household income of $124, 849 distributed over a population of 12,000 employed people.

In the 19th position sits Belmont, a city in San Mateo County located halfway between San Jose and San Francisco. It has historical landmarks such as the Ralston Hall which was constructed in 1867 by the founder of Bank of California, William Ralston. Research shows that males in Belmont earn 1.26% times higher than females. The city has experienced a 4.8% growth in median household income, which translates to the current $125,958. This growth is propelled by the increasing value of the home listing. Median property value has risen by 9.2% to a high $ 1.1 million.

Los Gatos is ranked the 33rd wealthiest city. The city is also a ground to a variety of technology companies such as Worksafe Technologies, Booster Technology Inc. and Solution Partners Inc. Los Gatos is located southwest to San Jose and is a section of the great Silicon Valley. It has a poverty rate of 4.6% and median household earnings of $132,671. Los Gato’s economy is mostly dependent on the tertiary industry as the highest paying jobs are in Social Care and Health, Utilities and Information.

According to Neighbourhood Scout, Foster City is 59% safer than other Unites States cities making it one of the safest places in the bay area with phenomenal recreational resorts. The designed city is set in San Mateo County has a median age of 40.4 years and a population of 33,000 settlers. The city has seen a skyrocketing 10.6% in a year and has a household median income of $136,383. It ranks as the 17th most vibrant city in the state of California.

The city is referred to Dublin due to the high number of Irish settlers; you should note that Dublin is the Capital city of Ireland. In 2018, Money Magazine placed Dublin as the 7th on the top ten best places to live. It is located about 25 miles from Oakland and 31 miles from San Jose. Like most California cities, Dublin’s economy is based on customer service jobs such as Social Assistance and Healthcare, Technical Services and Retail Trade. It has a median household income of $138,007, which has seen a 7% growth in one year. Economic analysts predict that Dublin employment will surpass the national employment rate by 10% in the next ten years.

Incorporated in 1984, Pleasanton is a suburban city located in the San Francisco Bay Area, west of Livermore and east of Oakland. The Alameda County summer city has numerous community recreational centres and conserved natural land explicitly designated for hikers. The city presents over 45 entertainment festivals that suit both adults and children every year. A considerable number of the city’s population is employed in the Professional, and Industrial Sector of the industry. Other areas of the economy include Utilities and Health care.

Mill Valley debuts in this list at number 14 with a homeownership rate of 72.35 %. The city is situated at the base of Mount Tamalpais and bordered the Richardson Bay on its northwestern part. Mill Valley is only 11 miles from San Francisco; therefore, it provides a striking view of the San Francisco City and Marin County. Mill Valley possess the Golden Gate recreational centre and the Muir Woods National Monument which both attract a ton of visitors the city. Explaining why Mill Valley property value has been on a 3.3% rise up to the current $1.24 million, and real estate is the backbone of their economy. The city’s employment has, however, been declining at a 1% rate in the last two years. It has an annual household income of $141,698, a 5% drop in one year.

The city’s Spanish name means Saint Ramon. The metropolitan is adjacent to Diablo Foothills to the east side and adjacent to Oakland Hills to the west. San Ramon ranks among the top ten safest cities in California. The city employs 36,000 people and is home to some 75, 00 people. It has a diverse stable economy ranging from Gas Extraction and Manufacturing, Companies and Enterprise, and Retail Trade.

It is located in Contra Costa County and has a population of 11,838 according to the recent census evaluations. It is a distinguished city with a variety of cultural events, extraordinary art and a fortified financial and commercial centre. Its poverty rate is at a low 2.2%, and its average household income has soared by 6.78% to $146,225 within a year. The resident’s main employer sectors are Finance and Insurance, Health care and manufacturing.

The name is derived from Spanish; translating to ‘tall stick’ about the coastal redwood trees known as El Palo Alto. Bordering San Francisco to the North and San Jose to the South, Palo Alto serves as a headquarters to a variety of companies. Top Tech companies like Hewlett Packed (H.P.), Tesla and VMware have their head offices in Palo Alto. It is also home to Stanford University which, stamping it is a city of education and technology. A survey conducted by “Palo Alto weekly” revealed that there are many millionaires in the city that even people earning $400,000 see themselves as middle class.

In the southwestern part of Los Angeles County, California, bordering the Pacific coast south of El Segundo and the Hermosa Beach rests the Manhattan Beach. The beach offers an unwinding saunter with a spectacular view of L.A.’s charming beach homes. It comes in this list with an annual median household income of $148,899. Real estate, renting and leasing are among the city’s highest-paying sectors of the economy due to a high number of people visiting the city. Other paying industries are information, insurance and finance.

Named after Marquise De Lafayette, a French military hero of the American Revolutionary War, Lafayette is known for its quality public schools, wealthy residents and several attraction sites. On it sits the Briones Regional Park, Lafayette Reservoir and Lafayette-Moraga Regional Trail. The city’s property value is $1.21 million, which shows a 7.7% rise in home price listing. It has a median household income of $152,609, which represents a 6.6% rise in one year.

San Carlos is a city situated in San Mateo County on the San Francisco Peninsula. The town which mostly comprises of small shops and restaurants sits on a 5.4 square mile area and has a population of an estimated 29,954 occupants. San Carlos has a family median of $71,648 and average household income of $152,521. Main drivers of its economy include manufacturing, care and social assistance, insurance and finance.

The city’s name is derived from the early Republic of San Marino founded by Saint Marinas in Italy. The wealthy suburban city is located south-east of Pasadena is home to cultural centres and historic gardens. Its median household income has seen a whopping 9.11% growth in a year to $152,527, majorly contributed by the growth of its energetic Recreation and Entertainment industry. Other sectors of the economy for its growth are retail trade, renting, leasing and real estate, professional scientific and technical services.

Besides being a city, most people refer to Danville as a town. That might be because the Danville has been in existence for 130 years, but it was not incorporated till 1982. People got used to calling it town. The city is located at the heart of San Ramon Valley in Contra Costa County. Danville has a poverty rate of 3.2% and employs about 20,000 people. It has a household median income of $152,798, which is supported by its active economic sectors such as health care, manufacturing and retail trade.

Located at the base of the Californian Santa Cruz Mountains, the city is renowned for its distinctive shops, gastronome dining and diverse cultural institutions. Saratoga, CA has an approximate population of 31,013 people with the median age being 49 years. Saratoga’s economy employs more than 10,000 people, and the leading sectors are manufacturing, retail trade, technical services and social assistance. Their median household income has seen a 2.1% growth in one year and currently stands at $173,136.

In line with the American 2010 census, Orinda, CA has a population of 18,936 people. The city which is located 5.09 miles from East of Berkeley was ranked the second friendliest town by Forbes in 2012. Orinda has a median car ownership of 2 cars per household. The city’s average household income is $186,085, making Orinda the 3rd most affluent city in California.

Named after the region of Piedmont in Italy to mean foothill, Piedmont is a bijou residential suburban city with excellent public schools, low crime rate and high property values. The big town is entirely encircled by the city of Oakland and regarded as one of the most desirable places to reside at in the Francisco Bay Area. The highest paying industries in the city are health care and social assistance, education services, finance and insurance, public administration and manufacturing. The average household income in Piedmont stands at $202,631, and future job growth is predicted to hit 36.8% in the next ten years, which surpasses the U.S. growth rate of 33.5%.

Located in the northern Silicon Valley, in the San Francisco Bay Area, Los Altos city is found in Santa Clara County and has an estimated population, 30,527 residents. With an unemployment rate of 2.4%, below the national unemployment rate of 3.9%, the city’s economy is driven by manufacturing, information and management of enterprises and companies industries. Los Altos flaunts an average median income of $208,309 per household annually, making it the first prosperous city in California and the United States at large. According to Zillow, the average price listing of homes in Los Altos stands at $3.06 million.