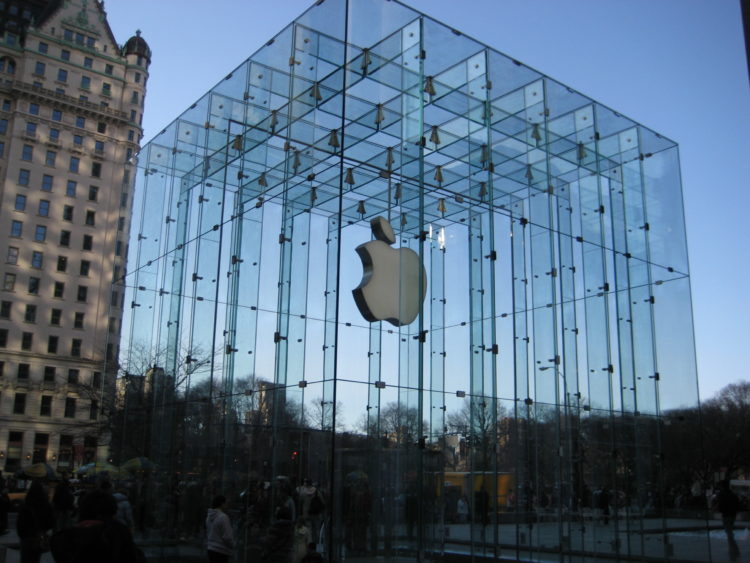 When it comes to active trading on the market there are different classifications for stocks that let you know the value of the company you’re considering. One way that the monetary value is determined is through a measure called market capitalization, also referred to as market cap. If you’re new to investing, it’s the total value of all of the shares of stock in a company that have already been purchased by investors/stock holders. The highest classification for market cap is the mega caps which are companies with capitalization that exceed $300 billion. In the past year America’s Apple reached the figure of $1 Trillion but has since declined yet it was an exciting day on Wall Street to say the least. With new trading taking place during market hours, it’s tough to say who is going to stay on top for long, but there has been general stability in the mega companies who occasionally trade places in the top ten slots. If you’re wondering which companies have the highest market cap value, we’ve pulled together a list of the top 20 richest companies in the world as measured by their market cap for your consideration (Market Caps are reflected by the date of this writing).

Intel is the 20th richest company in the world. The US based company is among the largest computer chip producers in the world today with a control over ninety percent of the microprocessor market today. The majority of the chips made by Intel are manufactured within the company itself with very few procured from other resources. Their current focus is upon building chips that control the brains and operation centers for cloud computing data centers.

Procter & Gamble has been in business as a corporation since May 5th of 1905. The more than a century old company develops and manufactures branded consumer packaged goods on a global level to 189 counties. They supply a variety of retailers with beauty including skin care products featuring prominent brands such as Old Spice, Olay and others, hair care, styling aids, shaving appliances and grooming products, health care products under popular and well known brand names and more.

Royal Dutch Shell PLC is involved in the oil industry and in the production of natural gas. The company engages in Integrated Gas both upstream, downstream and corporate. It manages exploration for crude oil, natural gas and natural gas liquids as well as the extraction of these resources and the conversion of natural gas into liquid fuels and related products.

Nestle is a company that has been in operation for more than 150 years. It is one of the most diversified and largest company within the food and beverage industry. They provide packaged goods for more than 190 countries throughout he world. They are the seventeenth richest company on the planet.

Verizon Communications, Inc. provides entertainment and communications products and services to customers around the world. They operate within the wire line and wireless segments of the market, supplying goods and services for government agencies, businesses and individual consumers. They provide telecommunications equipment, services, voice and data. The New York, NY company first began operation in 1983 and has been providing video, voice, and date equipment, services and packaged solutions for a wide variety of users.

Walmart is the fifteenth largest company in the world today by market capitalization. It began as a small discount store with just one location. Over the past half century, Walmart has risen in ranks with outlets in nearly every state and the company employs more than 2 million workers throughout the national chain. The company is also actively involved in philanthropy, donating generously to charities throughout the nation. Walmart has implemented several innovative new marketing strategies including online shopping through their Ecommerce format and an online ordering system with parking lot pickup for customer who prefer to not enter the building to shop.

The Industrial and Commercial Bank of China is the fourteenth richest company in the world today. This massive financial institution serves the country of China with banking services including foreign currency settlement, loans, deposits, fund underwriting and many other services. The institution serves enterprises, individuals and other clients throughout the world.

Samsung Electronics Co., Ltd. manufactures, sells and supplies computer peripherals and electronics. The company is the thirteenth richest in the world with several divisions in the corporation including consumer electronics, such as printers, air conditioners, televisions, monitors, household appliances, information technology and mobile communications and device solutions.

ExxonMobil is the twelfth richest company in the world. Exxon’s focus is upon the safe and responsible provision of energy and fuel for the world. They specialize in the production of high quality chemical products and engage in oil and natural gas exploration throughout the world, research and development of cleaner earth friendly technologies for energy production and they cover every aspect of fuel and energy from exploration of the raw resources to research, development, processing and manufacturing to sales and export of their products and services globally.

Visa is a company which works within the financial sector, providing global payment technology. Visa engages with banks, businesses, governments and individual consumers with a variety of partners for credit card and other financial services within the digital currency market.

JPMorgan Chase has a long history of success as an American institution with a long history that goes back more than two centuries. They are a global leader in financial services with a presence in more than 100 markets and assets in the amount of $2.6 trillion. They employ more than 250,000 and have a client base that has grown into the millions. They offer investment banking and other financial services for small businesses and individual consumers in asset management, financial transaction processing and commercial banking.

This company has been in operation for over thirteen decades in the United States. They offer a wide range of health care products and are one of the most well-known brands in America. Johnson and Johnson products are made for people in every stage of their lives and they bring the world home health care products of all types.

TenCent Holdings Ltd is the eighth richest company in the world today and they provide investment services and engage in providing online advertising services for businesses and individuals. They provide mobile and online games and a variety of software development services, trademark licensing, software sales and many other services. They are based out of China.

Alibaba Group Holding Limited is an online and mobile commerce company that works through a wide range of subsidiary companies. They are an international company that is based in the People’s Republic of China. The four main sectors of their operations include, innovation initiatives, digital media and entertainment, core commerce and cloud computing. The company operates in four segments: Core Commerce, Cloud Computing, Digital Media and Entertainment, and Innovation Initiatives and Others.

Facebook is a social media company that is internet based. It started out as a small operation and grew very quickly. It is based out of Menlo Park, California and provides a way for people all over the world to connect in a network of friends and family as well as business accounts set up for the advertising of companies and organizations. It quickly grew to a work force of more than 35,000 by the end of 2018. It has grown in value to become the sixth richest company in the world. The site is currently approaching the 3 billion user mark.

Berkshire Hathaway Inc. is a large holding company which continues to acquire subsidiary companies under its parentage. The company started out in the textile industry and has expanded into manufacturing, banking, publishing, retailing and in the insurance industries. It is a company that was established by Warren Buffet and Charles Munger.

Alphabet is the parent company for Google and many other successful businesses. Some of their specialties include internet products and they also have interests in the life sciences, in longevity and a variety of businesses which are not related to these industries.

Amazon is the third richest company in the world with a market cap that is nearing a trillion dollars. They’re a popular online retail giant and a leader in the Ecommerce marketplace. Amazon has seen a steady increase in the value of their stock and as of the last check, they are still on the upswing. Because of Amazon’s convenient online ordering platform, many brick and mortar retailers have closed up shop for good because they could not compete with the retail giant.

Microsoft is the second richest company in the world. Established by Bill Gates, the company is a leader in the computer software and hardware industry and has transformed the world of communication and entertainment with their innovative technologies and programs. The company provies support and enhancement for the internet and has developed widely used operating systems for PCs in the Wndows format, as well as launching the popular XBox franchise, the Microsoft Office systems, Windows servers and much more throughout their long and impact filled history.

The richest company in the world today is Apple. Americans were thrilled when the announcement was made in August of 2018, that Apple had exceeded a market cap of a trillion dollars. It was a special event in history. Although Apple’s market cap has since fallen, it hasn’t gone down by that much, and that’s just the nature of the market. The cap is still holding steady at 943.57 billion and it’s enough to keep Apple as the richest publicly traded company in the world. The reason for the drop below a trillion was due to the poor performance of Apple’s iPhone sales, which is nothing new as the market in phone technology is extremely competitive and volatile for all manufacturers and service providers. It’s a finicky market, but Apple’s investment in technology is not limited to its phones. It covers a broad range of electronics devices and computer systems. It’s a tech giant that has been around since 1976, and although it came near to bankruptcy early in its development, the company has rebounded and it is now on the top of the world. There are no indications at this time that Apple will lose its current posturing any time soon.