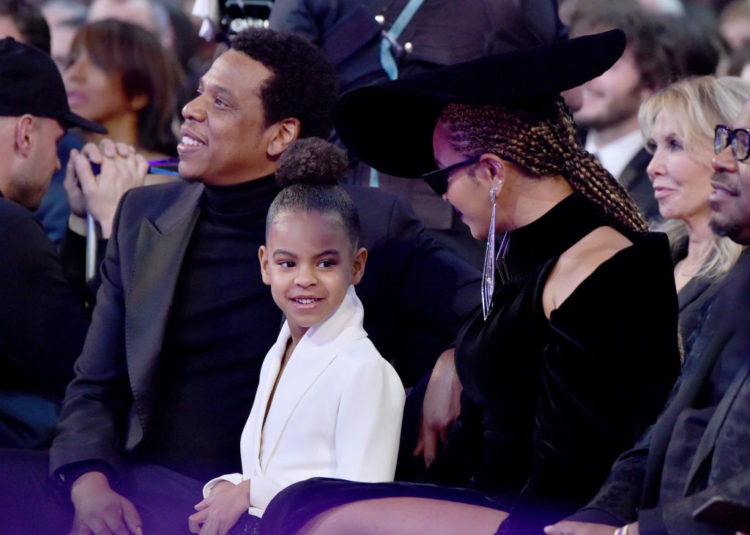 Some are born great, some achieve greatness, and some have greatness thrust upon ‘em. Or the saying goes. The same goes for wealth. Take America’s richest kids as an example. There are those that have been born into wealth, and then there are those that have sung, danced, and YouTubed their way to millions. Either way, the one thing for sure is that none of them will have to go through that same cash-strapped student phase the rest of us did. But which of America’s 74.1 million teens and tweens is the very richest? Find out as we count down the 10 richest kids in the United States.

Tom Cruise’s and Katie Holmes’ marriage may have ended in acrimony, but at least one good thing came out of it – their daughter, Suri. Whether the reports of Cruise having next to no contact with Suri are true or not, no one outside the trio can probably say. But what we do know is that he’s unlikely to be the kind of father who’s not keeping up with his child support payments, or making a show of himself by cutting her out of his will. It’s that will and that inheritance that makes her one of the richest kids in America with a net worth of $5 million.

Dannielynn Birkhead is the daughter of the late model Anna Nicole Smith and celebrity photographer, Larry Birkhead. According to MSN, she’s worth the grand sum of $10 million. Her fortune comes by way of both her inheritance and her own endeavors – she’s been modeling since she was a pre-teen (even appearing as the face of Guss in 2013) and has also dabbled in reality TV.

Next is True Thomspon, the daughter of Khloé Kardashian and Tristan Thompson. She might only be two years old, but True is already a multi-millionaire thanks to the $10 million trust fund set aside by her parents. Considering how the rest of the family have made their money (and especially how much much money that constitutes – according to Celebrity Net Worth, Khloé is worth a massive $50 million while Tristan is worth $45 million), that $10 million could get an extra zero on the end once she starts discovering the attractions of endorsements and reality TV.

North West is the first child of the hip-hop star and political wannabe, Kanye West, and reality TV star, Kim Kardashian. Whatever you think of the soon-to-be ex-married couple, the one thing you can’t deny is that they know how to make money. According to Wealth Gorilla, Kim earns around $50 million per year, equating to a total net worth of around $900 million. Kanye, meanwhile, is worth around $3.2 billion. Obviously, North can’t access any of that money yet and there’s always the chance the duo blows it before she gets the chance. What they can’t blow is the $10 million trust they’ve set up in her name.

Next up is Ryan John and Phoebe Adele Gates, two of Bill and Melinda Gates’ three children (Jennifer is the third but as she’s just turned 21, she doesn’t qualify for our list). Despite the recent revelation that after several decades of marriage, Bill and Melinda will be separating, their kids can at least rest easy in the knowledge their financial futures are still secure. Each child has been gifted a trust fund of $10 million – enough to set them up for life, according to Gates, but not enough to discourage them from trying to achieve something on their own merits.

If your gully pleasure is binge-watching “Dance Moms,” you’ll remember YouTuber Jojo Siwa, who appeared for two seasons on the show alongside her mom, Jessalynn Siwa. Since dancing her way to becoming a YouTube sensation, Jojo, along with her signature hair bows and inspired choice of accessories, has earned quite the pretty fortune. According to the latest estimates, she’s now one of the richest kids in America with a net worth of $12 million.

The 13-year-old daughter of actress Salma Hayek and the multi-billionaire CEO of the fashion company Kering, François-Henri Pinault, is one very rich kid. She may not have ever worked a day in her life, but Valentina is already worth the envy-inducing net worth of $12 million. She’ll have to make do with her pocket money for now, though – the money is held in trust until she reaches maturity.

Evan (we’d give his last name but no one knows it) is one half of the father-son duo behind the YouTube channel EvanTubeHD. The channel, which now has over 6.8 million subscribers and has racked up over 4.2 billion views since it started airing, publishes three videos a week in which Evan and his dad review toys. It’s thought the channel makes around $1,5 million a year in YouTube ads alone. Evan’s gaming channel is thought to make around $600 per day.

Ryan Guan Kaji (or just Ryan, as he’s known to his followers), is a 10-year-old YouTuber who’s managed to amass a stonking fortune of $30 million. His parents helped set up his channel when he was just three years old, and he’s been raking in the millions with his toy reviews ever since. He’s now one of the highest-paid YouTube stars in the world.

You wouldn’t expect a child of Jay-Z and Beyonce to be hard up for pocket money, and you’d be right. Blue Ivy Carter has been in the spotlight since she was born. When she was just 2 days old, Time called her “the most famous baby in the world.” 8 years later, she became the second-youngest Grammy Award winner ever after claiming the Grammy Award for Best Music Video alongside her mom for “Brown Skid Girl.” Now at the grand old age of nine years old, she’s the richest kid in America with a phenomenal net worth of $500 million.