Home
Business
Politics
Who is the Richest Member of Congress?
Prev Article Next Article 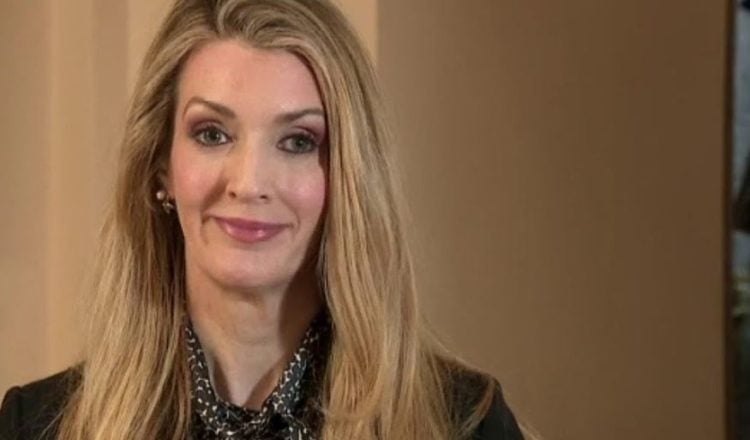 The financial disclosure requirements for the United States Congress are approximate. So, there’s always a chance we might be wrong when we name its richest member. But if we believe what we read (and if we trust none of the other members have a secret fortune tucked away under the mattress), there’s a clear winner in the rich stakes. Coming in heads and shoulders above her peers in the rich stakes in Kelly Loeffler, the junior United States Senator from Georgia and one very wealthy woman indeed. She’s also proving to be one of the most controversial members of Congress, but we’ll get to that in a moment.

First up, how much is she worth, and how much wealthier is she than her peers? First questions first, $500 million. As for the 2nd question … considerably. Just how considerably might be hard to get your head around. According to a league table provided by Wiki, Loeffler is worth a massive $364.3 million more than her closest rival in net worth, Greg Gianforte, whose fortune of $135.7 million pales by comparison. Other Congress members to make the rich list include Nancy Pelosi with a net worth of $120 million, Michael McCaul with a net worth of $113 million, and Mark Warner with a net worth of $90.2 million. All very successful, all very wealthy, but none come close to Loeffler’s net worth. So, how exactly did this 49-year-old from Bloomington, Illinois get quite so stinking rich? Let’s find out.

Loeffler was born in Bloomington, Illinois on November 27, 1970. Her family owned a corn and soybean farm in Stanford, but the young Loeffler harbored ambitions of a very different kind. After graduating with a Bachelor of Science in marketing from the University of Illinois at Urbana–Champaign’s Gies College of Business, she took a job as a District Account Manager with Toyota. Jobs with Citibank, William Blair & Company, and the Crossroads Group soon followed (as did a Master of Business Administration (MBA) in international finance and marketing from DePaul University’s Kellstadt Graduate School of Business).

In 2002, Loeffler took on a job in investor relations at Intercontinental Exchange, a commodity and financial service provider. Not only did the job represent a big step forward in her career, it also represented a giant leap forward for her personal life. Shortly after she arrived at Intercontinental Exchange, Loeffler struck up a friendship with the firm’s CEO (not to mention chairman and owner of the New York Stock Exchange and, according to Wallmine proud owner of $525 Million), Jeffrey Sprecher.

Despite the age gap (at 65 years old, Sprecher is 16 years Loeffler’s senior), the friendship soon blossomed into a courtship. 2 years into her tenure at Intercontinental Exchange, the pair married. A short time after saying ‘I do”, Loeffler was promoted to senior vice president of investor relations and corporate communications of Intercontinental Exchange. Over the next few years, she continued to advance at the company, and by 2018, she was sitting pretty as the chief executive officer (CEO) of Bakkt, a subsidiary of Intercontinental Exchange. By that time, she’d also managed to acquire a majority share-hold in the Atlanta Dream of the Women’s National Basketball Association (WNBA).

A Change in Direction

Loeffler’s political ambitions first became known in 2014 when she briefly flirted with the idea of entering the 2014 United States Senate election in Georgia. Ultimately, she passed on the idea, but it wouldn’t be long before her ambitions once again rose to the surface. In November 2019, Senator Johnny Isakson announced he’d be resigning from the United States Senate for health reasons. And who should step up to fill the void? You guessed it – Loeffler. After winning the approval of Governor Brian Kemp, Loeffler was sworn into office on January 6, 2020.

Her status as a senator may have afforded Loeffler national recognition, but she was already rolling in the cash well before she took office. Her marriage and senior position at Intercontinental Exchange have given her wealth beyond most of our wildest dreams, as evidenced by where she lives. She and her husband currently reside at Descante, a 15,000-square-foot (1,400 m2) estate in Tuxedo Park, Atlanta that was purchased for the grand total of $.5 million, the most anyone has ever paid for a residential property in Atlanta.

But the route to the top isn’t always plain sailing, something that’s certainly been true in Loeffler’s case. Earlier this year, she made the headlines after a probe was launched into her and her husband’s financial dealings. The pair were accused of shady dealings after they were found to have sold millions of dollars in stocks in companies vulnerable to the COVID-19 pandemic, shortly after Loeffler had sat in on closed-door briefings about the possible impact of COVID-19 on the market. Both parties denied any wrongdoing, and despite the fact they’d sold almost $18.7 million in Intercontinental Exchange stock before the 2020 stock market crash, the inquiry was eventually closed on May 26.

The inquiry into her financial dealings may have been one of the things that propelled Loeffler into the spotlight, but it’s by no means the only thing that’s kept her there. Since entering Congress, Loeffler has been plagued with controversies, starting with her staunchly anti-abortion stance and ending with her most recent, and arguably most provocative, position on the Black Lifes Movement. As reported by The Tempest, Loeffler’s open letter condemning the WNBA ‘s commitments to supporting the Black Lives Matter movement drew ire from both fans and players across the board – some of her harshest critics have even gone so far as to call for her removal as the team owner of the Atlanta Dream. But regardless of whether she stays or goes, there’s one thing for sure: she’ll find plenty to console herself with in her bank account.