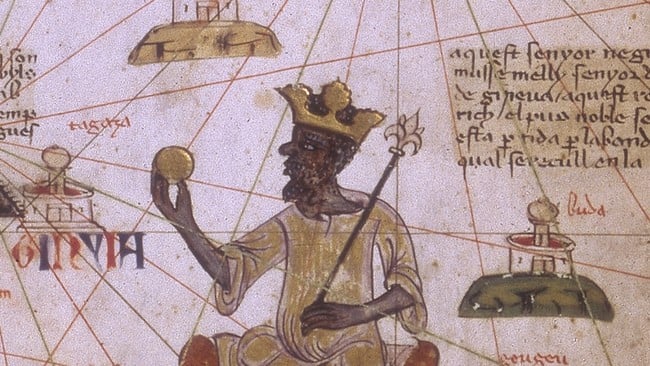 The question who is the richest man the world has ever seen is a difficult one to answer. It is, indeed, a simple question but one that begs careful consideration. You might find yourself thinking out loudly who between Shah Jahan of the Mungal Empire and Genghis Khan was wealthier. It is also possible to wonder whether Bill Gates has made more money than Rockefeller or G.P Morgan. As some people might imagine, not all these individuals are of noble stock. Some are beneficiaries of free trade and science and technology.=

In a quest to answer this age old question, a lot of research was conducted through consultations with historians and academic economists. Suffice to say, the following is a highly debatable and vigorous attempt to list the richest individuals in the history of mankind. Initial figures have been sourced from Cheat Sheet, MSN, Money, and others which will be listed below.

This English Prince is famous for owning vast acres of land. He was also a respectable statesman, and military leader. It is said that the Duke’s households were comparable to those of kings and queens of Europe. Due to lack of proper documentation it is not possible to give an exact figure for the duke’s wealth. However, some economists value the Duke at 110 billion dollars: today.

Gates is only one of two living members of this list. Gates went from building one of the most successful tech companies in the world (Microsoft) to becoming one of the, if not the biggest philanthropists the world has ever seen.

No doubt the wealthiest government official in history, Heshen, who was born in 1750, was an administrator of the Qing Dynasty and a favorite of the emperor, which allowed him to get away with stealing tax revenues on an industrial scale. When he died in 1799, the corrupt official was found to have stockpiled a personal fortune of $132 billion in today’s money.

Nicholas was the emperor of Russia from 1894-1917. The estimations made about his wealth are wildly exaggerated. However, the resources Nicholas controlled as emperor were unimaginable. Additionally, it is important to note that most of this wealth was vested on the state. The personal wealth of the emperor in today’s estimation would be around $146 billion.

He is the first Earl of Surrey. He was one of the largest land owners in England at his time. Together with his wife, they founded the first monastery, St Pancras, in England. Through his landholdings, William collected huge amounts of taxes from his tenants. Today, he is estimated to be worth $147.13 billion.

Richard was the first born son of the 8th Earl of Arundel. Although his fortune took an unfortunate turn away from his expected prosperity; Richard, belongs in this list of the richest people who have ever lived. He was a brave warrior who led the Scottish army during Scotland’s war of independence. Richard is currently valued at an astounding $158.6 billion.

Bezos is the second living person on this list which is a testament to just how much he’s worth. His Amazon empire continues to grow and when all is said and done Bezos may lay claim to being the richest person in the history of the world.

He was a leading Roman citizen of his day and was also a very capable military leader. Upon his father’s death, Marcus inherited vast riches by any standards. He was also a ruthless business man who preyed on the desperate. This enabled him to amass a tremendous amount of money. He also dealt in slaves and real estate. In today’s estimations Marcus can be valued at $200 billion.

This American entrepreneur made his wealth through his automobile company Ford Motor Company. He was an astute business man who ensured his business ran in the most effective manner. By doing this, Ford, boosted productivity to optimal levels. In 1920, the company produced over 1 million cars. Henry Ford’s fortune is equal to $230 billion by today’s standards.

Cornelius Vanderbilt was also referred to as the Commodore. This is because before he entered the railway business he owned a fleet of ships. He was a gifted business man and philanthropists. Today, his wealth is estimated to be around $239 billion. In his life he worked with Rockefeller. Vanderbilt’s trains transported Rockefeller’s oil in the beginning.

He is the legendary king of the Lydians. He was the first ruler to issue gold coins as national currency. This increased his personal wealth to unimaginable levels. While the gold coins were not issued for his personal benefit, they greatly increased the convenience of trade within the kingdom. This meant more taxes, which ultimately meant more money for the king.

While it is impossible to separate the dictators personal wealth from that of the USSR, his unique position gave him access to unimaginable wealth and power. Stalin controlled one of the world’s super powers and largest economies. Due to this reason, he is a worthy nominee for this list of incredibly rich individuals. Stalin controlled a sixth of the world without any checks and balances. As a result, his economic influence is unrivaled in recent history. He was born in Russia in 1875 and died in 1953. In his reign, Stalin controlled the wealth of the Soviet Union. Today, his personal wealth has been estimated to be about $359 billion.

This is another beneficiary of the industrial revolution. In his time, he competed against the likes of Rockefeller and G.P. Morgan. He lived from 1835 to 1919. His country of origin is the United State of America. In 1896, this Scottish immigrant sold his company, U.S Steel, to G.P. Morgan for a whopping 480 million Dollars. Some scholars argue that he might indeed be the richest American who has ever lived. That was 2.1 percent America’s GDP at the time. Today, Carnegie is valued at a jaw dropping $400 billion.

One of his famous associations is the fact that he was a nephew of William the Conqueror. He is also referred to as Alan the Red. He lived from the year 1040-1093. At his death Rufus died worth 11,000 British Pounds. According to economists, this amounted to seven percent of the country’s GDP.

The industrial revolution brought about a new and distinct class of rich individuals. John Rockefeller was one among these people. He lived from the year 1839-1937. He was a citizen of the United States of America; and in the course of his life he amassed a fortune to the tune of $341 billion. Rockefeller made his fortune from oil. He began investing in the business as early as 1863. By 1880, Standard Oil, controlled 90 percent of the oil production and business in America.

Genghis Khan original name was Temujin. The name Genghis Khan means universal ruler. He conquered, and ruled one of the biggest empires after the likes of Alexander the Great. He lived from the year 1162 -1227. Genghis Khan’s wealth is derived from the vast lands he conquered. He is famous for being an exceptional military leader of the Mongolian Empire. His success was also spurred by his legendary generosity; everyone, from foot soldiers to generals benefited from his conquests. It is difficult to assess his wealth since he did not build any palaces, temples, or even a tomb for himself. However, economists put his value at around $2.1 Trillion in today’s estimation.

He is the son of the famous Shah Jahan; the Emperor who commissioned the construction of one of the world’s architectural wonders; the Taj Mahal. He hailed from the year 1542-1605. He ruled over India in what is referred to as the Mungal Empire. The empire was accountable to one-fourth of the global GDP. According to some European explorers, the luxury that the emperor lived in was incredible. European monarchs could not match Akbar in that regard. The assertion that Indian aristocrats were wealthier than their European counterparts is proved by data from the economist Milanovic Blanco. The report shows that the Munghal Empire was run extremely effectively. The government excelled in extracting wealth from the masses. This explained the Emperor’s tremendous wealth. Today, Akbar’s personal fortune would be appraised at around $3.8 Trillion.

Shenzong was the leader of the vast Chinese Empire. He ruled from the year 1048-1085. His empire contributed 25 -30 percent f the worlds GDP. The Song dynasty, which ruled over China from 960-1279, was one of the most successful economically. The emperor’s wealth was derived from tax collection and technological innovations. Historians say that technological advancements made in China during this period were eons ahead of European states. The reason for this immense wealth is also because the government was centralized. This meant the Emperor held tremendous economic power. Today, his wealth can be valued at around $4 trillion.

It is said that Mansa Musa, the King of Mali, was wealthier than any one person could describe. Today, economists and historians strongly believe that Mansa Musa is indeed the richest man the world has ever seen. King Mansa Musa reigned from 1280-1337. His wealth and grandeur knew no bounds. At the time of his reign, Mansa Musa’s kingdom was probably the largest producer of gold at the time. During this time gold was in very high demand. Unfortunately, it is not possible to put an accurate number in regards to his wealth. Records that might help us do this are either rare or non-existent

The wealth of His Majesty is, at times, described in ways that are impossible to fathom. One of the most fantastic stories ever told about the extent of his wealth has to do with his famous pilgrimage to Mecca. Mansa Musa was known for his lavish spending. During his stay in Egypt, he spent so much that there was a currency crisis in the kingdom. He also had a big army that was very well equipped at the time. It goes without saying, if no one can even begin to comprehend just how rich you are; it means you are fabulously rich.

This is a brief list of some of the richest people the world has ever seen. The list is not exhaustive as there are many others who have not been mentioned. It is surprising to note that even by today’s standards; modern-day billionaires cannot ignore the wealth of their ancient day counterparts. As you have probably noted, all these individuals are men. The world has had its fair share of incredibly rich women. Lilliane Bettencourt is said to be one of the richest heiresses in the history of capitalism. In 2018, she was valued at $50.7 billion. Other women of note include Empress Wu of China, Catharine the Great and Isabella of Castile.