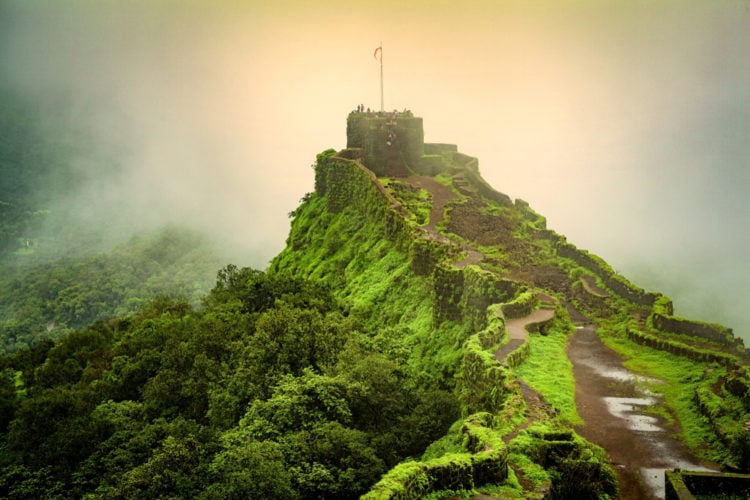 While a country’s economy is often considered a whole, there are usually significant differences between the economies of the various locations within that country. Those that have a stronger economy are typically home to a large city that is an important center for finance, industry, trade, or transportation. Here is an overview of the 10 richest states in India by Gross Domestic Product (GDP).

Many of the states on this list are either on the coast or bordering other countries, as their location makes them ideal for trading and transportation. However, Madhya Pradesh is in central India, and it is one of the fastest-growing states in the country. One reason that the economy is so strong in this part of India is that it is rich in natural resources, including agricultural products, fuel, and minerals. The state is also famous for its honey production. Madhya Pradesh is the second-largest state in India by area and the fifth-largest by population.

Telangana is the newest state in India, as it was only formed in 2014 when it split from Andhra Pradesh. The state is in Southern India, and its capital is Hyderabad. The state’s capital is a hub for the information technology and pharmaceutical sectors. Across the rest of the state, some of the most important industries include agriculture, tourism, and the mining sector. This state is one of the biggest IT exporters in the country, and it is home to 68 special economic zones.

Andhra Pradesh is one of the richest states in Southern India. Although tourism plays a role in the strong economy of this state, the most important sectors are agriculture and the service sector. Other factors that contribute to the strong economy of Andhra Pradesh include the port infrastructure, the IT sector, good connectivity options, the airport, and good power. Two interesting facts relating to the economy of Andhra Pradesh are that it produces 70% of the shrimp in India and that it has been named as India’s best state for starting a business.

Rajasthan is the largest state in India in terms of area, and it is also one of the richest. The state is located in the northwest part of the continent. Agriculture is an important part of the state’s economy, and there are various soil types and nine agro-climatic zones that means the state is suitable for growing a diverse range of products. Rajasthan is also one of the largest mineral-producing locations in India, and it is known for producing decorative stones, including granite, sandstone, and marble. Another sector that significantly contributes to the state’s economy is tourism.

West Bengal is one of the richest states in India. It is located in the eastern part of the country, and it shares borders with Nepal, Bhutan, and Bangladesh. The location of the state means that it is important for international trade with neighboring countries. Not only is West Bengal the second-largest producer of tea in India, but it is also one of the country’s largest producers of fish and rice. Therefore, agriculture and food production are significant contributors to the state’s economy. The state has experienced annual growth of more than 12% annually over the last six years.

Uttar Pradesh is the most populous state in India as it is home to more than 200 million people. It is also one of the most visited states in India, as it has many major landmarks and attractions, including the Taj Mahal. The state’s economy largely depends on agriculture and industrial products. Uttar Pradesh is one of the largest producers of food grains in the world, and some of the food grains produced include lentils, rice, maize, wheat, gram, peal, and millet.

Ground Report says that over the last decade, the GDP of Karnataka has grown faster than any other state in India. The state sits to the west of the country by the Arabian Sea. There is a diverse range of sectors that contribute to the state’s economy, and the largest contributors include engineering, biotechnology, agriculture, information technology, aerospace, clothing, textiles, food processing, and automobiles. Karnataka is one of India’s IT hubs, and it houses the world’s fourth-largest technology cluster.

Gujarat is a state on the west side of India, and it boasts the longest coastline of any state in the country. It is one of India’s major industrial states and is recognized as the country’s petroleum capital. Furthermore, Gujarat is the largest producer of processed diamonds globally and is the third-largest producer of denim. Additionally, Gujarat is a major trade and transportation hub, as it has 42 ports, 18 domestic airports, and one international airport.

The second richest state in India is Tamil Nadu, which sits on India’s southern coast along the Indian Ocean. Tamil Nadu’s economy relies on the manufacturing sector. Within this sector, some of the most important industries are automobiles, auto components, clothing, textiles, pharmaceuticals, engineering, chemicals, and leather products. Trade is also important in this state, as it is home to three major ports, 15 minor ports, eight airports, and an infrastructure that includes an excellent rail and road network.

According to India Unfold, the richest state in India is Maharashtra, with a GDP of $467 billion. It is the second-most populous state in India and the third-largest by area. The state is in the westernmost part of the country, and the state capital is Mumbai, which is India’s financial capital. Maharashtra is home to some of India’s biggest companies, and the most important industries in this state are manufacturing, mass media, international trade, petroleum, technology, aerospace, tourism, fashion, and apparel.