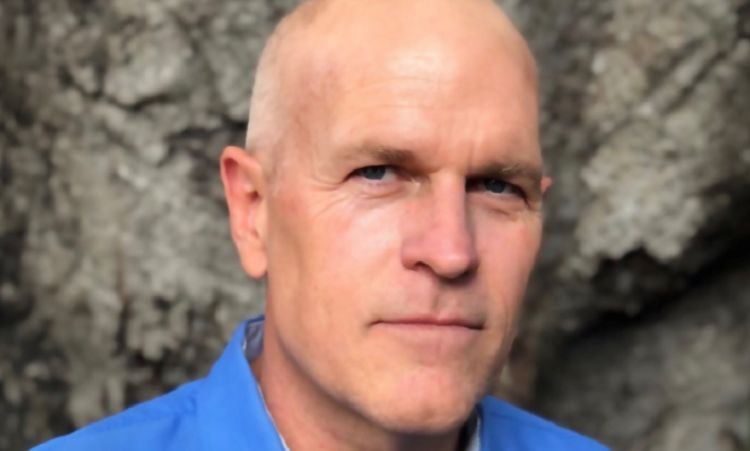 Rick Wilmer is an American businessman and inventor who is credited with multiple patents in his long and successful career. He currently serves as the CEO of Chowbotics, a company that provides fast and healthy foods through robotics technology. If you’re not acquainted with him yet, here are 10 things you didn’t know about Rick Wilmer to bring you up to speed on his remarkable achievements.

1. Rick Wilmer is an inventor

Hospitality Tech confirms that Wilmer is a talented inventor. He has secured 125 patents on inventions that he has developed using robotics technology. This is an impressive accomplishment to have so many. He has made some major contributions to the advancement of technology in the food industry.

2. He was hand-picked to lead Chowbotics

We also learned that Dr. Deepak Sekar, the founder of Chowbotics hand-picked Mr. Wilmer to lead his company. When the position of chief executive officer became available the owner of the company recruited Rick Wilmer to fill the post. His extensive experience and strong track record made him the ideal candidate.

One of the factors that led to the success of Chowbotics was the implementation of Sally the Robot. This is the creation of Rick Willmer. The robotics technology has helped Chowbotics to advance as a leader in the salad preparation industry with made-to-order salads competed entirely by robotics technology. It’s no wonder the owner of Chowbotics selected Wilmer to lead the team.

4. Wilmer is credited with inventing the first-ever salad robot

Thanks to Sally, Chowbotics is the first company in the food industry to be able to provide its customers with fresh and nutritious salads that are made to order without being touched by human hands. This is a first in the industry. The robotic salad preparation convenience is just the beginning. The team has plans to provide even more kinds of meals with orders that can be customized and prepared by robotic technology. This is going to be a major disruptor in the food services arena.

5. Wilmer is a leader with a proven track record

Rick Wilmer served as CEO of Mojo Networks. When he was with the company he led them into a successful acquisition and helped the process when Arista Networks closed the deal. It was a mutually beneficial merger. He also helped Aruba Networks successfully navigate its Initial Public Offering. He was also the CEO of Pliant and led the company through its SanDisk acquisition.

6. Wilmer has a bachelor’s degree

Rick Wilmer enrolled in classes at the University of California, Berkeley according to Linkedin. He studied in the field of chemistry and graduated with his BS degree in the discipline. He didn’t pursue a master’s or doctorate level in academics but he gained a solid foundation in the field of science which helped him substantially when he combined his book learning with his natural talents for creating new technology.

7. Wilmer is an expert in data storage

One of the inventions that Rick obtained a patent for is data storage technology. He is a gifted inventor with a talent for developing new technology. The strict rules that govern an inventor’s ability to secure a patent require the technology to be unique and different in ways that do not impinge on other patents. This means that his inventions come from original ideas that contribute to new technological advances. This makes him an expert in data storage technology along with innovations in the robotics niche.

8. Rick got his start in Asia

Wilmer was hired by the Maxtor company in 1987. While serving as the Vice President of Engineering and the Vice President of Operations, he took on the responsibility for Malaysia and US-based operations for the company. He oversaw a range of business divisions for the business overseeing the work of 1,500 employees. During his tenure, the annual revenue exceeded $170 million. After spending time in Malaysia he was moved to the United States at the San Jose location to oversee operations. He spent 7 years with Maxtor leaving in 1994 to pursue new career opportunities. He became the VP of Engineering and Operations at Seagate. He held this position in San Jose overseeing 500 employees in automation technology for Asian factory assembly lines.

In 1999 Wilmer accepted a post as VP of Operations for 2Wire. He was responsible for the transition of multiple product lines to establish high-volume production. He was instrumental in negotiating low-cost offshore manufacturing agreements. He was advanced to CFO at 2Wire for the last year of his tenure. He left in early 2002 to join Procket Networks. He served as VP of Operations until 2004, managing the team that developed leading-edge core routers. He also served as the General Manager for Arista Networks before leaving to lead Chowbotics. He was in charge of the WiFi division of Arista.

10. He worked in the Li-Ion battery production field

It seems there is no end to Rick Wilmer’s talents and ability to adapt to different niches within the business world. He has led teams in a wide range of fields and industries throughout Asia and the United States. Rick was appointed to the position of President and CEO of Leyden Energy. He led the company from 2012 through 2014 at its Fremont, California location. Leyden Energy specialized in the development of new Li-Ion battery categories. He was instrumental in securing funding and grants to expand the development of new products while re-strategizing the company. He rebuilt the team of managers and helped them secure more financing, which was nothing new for Wilmer. He’s one of the best fixers in the world when it comes to setting a company on a forward-moving path to success. Willmer is highly respected in the venture capital community because of his impressive track record for securing funding and allocating investments to improve the overall performance of the business he leads.