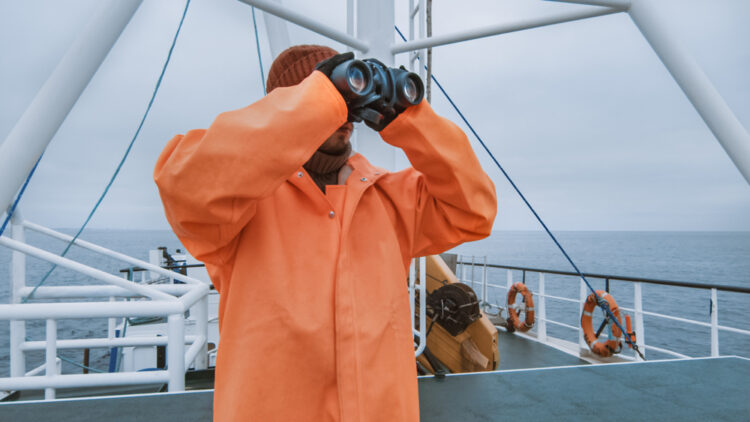 Have you ever thought about whether or not you could truly make a great deal of money if only you were willing to risk the safety and security that might potentially come with your current job? As it turns out, there are some people who are very much willing to risk their safety in order to make more money than others. In fact, there are a number of jobs that pay exceptionally well, largely because they have to do something to lure people into an industry that is less than safe. If you’re curious about knowing which jobs pay higher wages because there’s a great deal of risk involved, all you have to do is keep reading. Below is a list of 10 risky jobs that pay well, ranked all the way from number 10 to number one.

Chances are, you’ve seen at least an episode or two that chronicles the lives of commercial fishermen who fish for everything from tuna to crab. If you’ve seen one of these episodes in even a casual manner, you know that they’re always talking about how much money they can potentially make. As a matter of fact, that’s why most of them do the job. It’s true, they can make a decent amount of money but what they make is dependent on how much fish they’re capable of catching and that’s not always so easy. It’s not always so safe, either. As a matter of fact, it’s estimated that approximately 117 fisherman per 1,000 are killed each year. To put that in perspective, roughly four individuals per 1,000 are killed doing other types of work in a year’s time.

If you’re willing to get a commercial pilot’s license and fly cargo, you might make even more money then you can make as a commercial fisherman. The caveat is that you have to be able to learn how to fly smaller aircraft that are sometimes less reliable into areas that might not be so welcoming. This often includes flying in bad weather, a lot of night flying and in some cases, learning how to stick a takeoff or landing in some of the most unforgiving areas on Earth. Obviously, there’s a reason that cargo pilots get paid as much as they do and while some of them love the job, it’s not a job for everyone.

Imagine being able to take care of unique and even endangered animals on a daily basis. This is a lot different than having a practice where all you care for is dogs and cats. It’s also considerably more dangerous, especially when you consider the fact that it might entail caring for everything from elephants to tigers and even alligators and snakes.

You might not think driving a truck is especially dangerous, but consider how many hours you would have to spend on the road. Furthermore, you’d be driving in all types of weather conditions, on treacherous mountain roads and through eerie deserts. When you add all this together, it means that you’re a lot more likely to be involved in an accident and that in and of itself makes the job more dangerous.

If you’re wondering what an operating engineer does, it constitutes operating heavy machinery at construction sites. This could involve any type of construction, either road construction or that involving major buildings. Why is it so dangerous? Anytime that you’re operating something that weighs several tons, the danger automatically increases. If one of those machines should get out of control, tip over or have some other type of malfunction, countless numbers of people could be injured.

It shouldn’t be too difficult to figure out why people that do this job get paid so much. After all, you’re only hauling millions of gallons of something that is so flammable that lighting a single match could cause everything to kick off like the 4th of July. It definitely isn’t a job for the faint of heart so if you plan on doing it, you might want to make sure that your nerves are actually up to the task before you zero in on the amount of money you could potentially make.

Did you know that each and every year, there are 62.49 injuries for every 100 professional athletes across all types of sports? That’s a shocking number when you really stop and think about it. It means that well over half of the professional athletes that are active in a given year will experience some type of injury. In some cases, those injuries are relatively minor but in others, they are career-ending and even life threatening.

You already know from one of the previous entries how dangerous it can be to work in construction. Now imagine having to manage that entire scene, up to and including being responsible for all of it. It’s definitely a heavy load and it’s no wonder that construction managers get paid as much as they do.

Perhaps one of the few things more dangerous than being a construction manager or operating engineer is being a maniac engineer where you are responsible for carrying out dangerous underground mining operations. There’s always the risk of a collapse, not to mention the health concerns that come with working in a confined space where the limited air is often filled with potentially deadly particles that end up in your lungs. There’s a reason the job pays as much as it does, but you have to ask yourself whether or not it’s actually worth it.

Finally, you could always decide to take a job as a rig manager, working either onshore or offshore with potentially deadly oil rigs. Things can and do go wrong from time to time. Overall, the industry is a lot safer than it used to be, but when something does happen, it typically creates a domino effect that can potentially result in the rig failing, part of the structure collapsing, and/or an explosion.