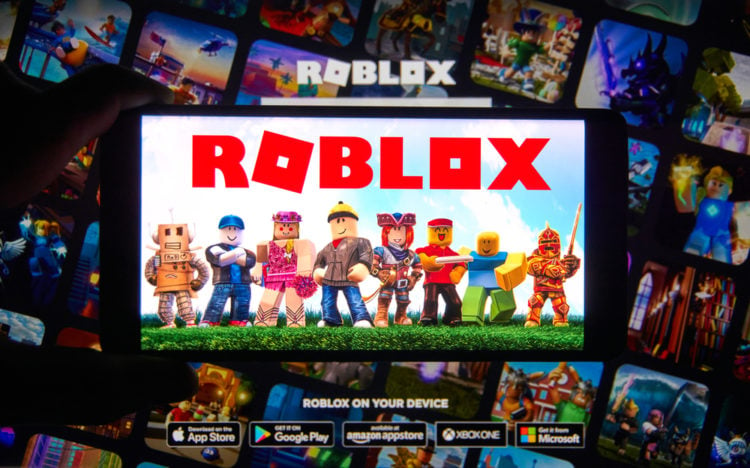 Roblox is an online game that has attracted young and old alike. Therefore, the popularity of the game has continued to grow to over 4 million users; hence when the rumor that it was shutting down started circulating, players were worried. Luckily, the record was set straight that the game is here to stay. However, not even the avid creators know about its logo, which they have witnessed changing over time, so here is your chance to learn more about Roblox logo history.

David Baszucki has an entrepreneurial spirit, and in 1989, he founded Knowledge Revolution, an educational software company that produced applications for Macintosh users. As per the interview with Forbes, Knowledge Revolution was proud to own the first-ever fully animated physics lab on a computer. It allowed users to utilize their creativity in building anything they could think of, as long as it was in the physics textbook. The application was useful because it helped users learn Physics and carry out experiments by simulating a 2D environment. The application’s logo was called “Interactive Physics;” the company used it from 1989 to 1997.

In 1990, David’s company built a “Working Model” that was supposed to help users learn mechanical physics. By 1998, the company had come up with various applications that attracted the attention of MSC Software; thus, Knowledge Revolution was acquired for $20 million. David could have retired since he was a millionaire, but he tried keeping himself busy with different jobs, including being the Vice President of MSC Software. However, he left in 2002 to establish an investment firm, Baszucki & Associates and hosted a radio show, KSCO Radio Santa Cruz. Still, his heart was not settled on being employed, so David left the radio job in July 2003.

David remembered how children’s faces would light up whenever they created things using “Interactive Physics” hence he decided to try a 3-D format in constructing toys. He decided to have a 3D multiplayer platform to allow users to create experiences, imagine and share them with other users. As a result, David purchased the URL, GoBlocks.com, on December 2, 2003, but renamed it Dynablocks on December 12, 2003. The name stuck and even the beta version, created by David and his partner Erik Cassel was released in 2004 under Dynablocks.

The launch of Roblox

When David and Erik partnered to come up with Roblox, it took them two years to have the beta version, DynaBlocks. They were a self-funded company determined to get the firm off the ground. In 2005, they rebranded the company to Roblox because DynaBlocks was hard to remember. According to YourTechStory, it took them a while to get out of the beta version. Finally, the company officially launched in 2006, when the site was also created. Before then, Dynablocks was only seen as a mockup on the website. The first Roblox logo had different colors: “R” was dark blue, “o” was orange, “b” was blue, “l” was green, “o” was red while “x” was light green. To the developers, the various colors enabled users to see that Roblox was supposed to be fun, and your imagination was of the essence for you to enjoy playing.

A few months passed, and David felt that it was time to change the logo to portray what a powerful engine Roblox was. Therefore for the first time, the letters had an outline of bold red, and the letter “o” had an accent to indicate the correct pronunciation of a long vowel sound. This new logo was only used from June 2005 and changed in early April 2005 when they designed another one. According to Roblox Blog, it coincided with their launch. It bore an original font with dancing letters, and the red outline remained. There were very minor changes from then on- only the intensity of the colors used changed, but the letters’ design remained the same from 2006 to 2017.

Introducing a primary and secondary logo

The logo used between 2006 and 2009 was secondary from 2007 to 2009 before being turned into the primary one from 2009 to 2010. In 2010, the red outline was a deeper shade of red, and it became the company’s logo for use in events. In 2015 the company introduced another version of the immediate former logo, the only difference being that it was much cleaner. However, in 2014, Roblox had made another logo, but it was never used. It would have been quite different from all the rest in that the accent was not present, and the letters, in upper case, were uniform.

On January 10, 2017, the company introduced another logo where for once, each letter was standing on its own, and the accent was no longer present. Also, instead of the red outline, the block letters were red, and “O” was tilted. The tilting was intentional to symbolize the spirit of boundless creation and play; they added that the tilted “o” would be used in all of their product icons. In their blog, Roblox confessed that the firm has been working tirelessly to come up with clean and simple designs that would remain true to their simplicity roots. They revealed that with the new logo, they were showing a commitment to empowering the imagination of kids globally, regardless of age.

According to a YouTube video, when Roblox decided to change their logo again, they seemed unsure of what they wanted since the first logo lasted for only a day. The changes were so many that some joked that Roblox was on steroids, and others remarked it was switching the logo more times than people change their clothes. Whatever the reason for the changes, they have stuck with the bold upper case letters in black instead of red, which is the only change from the 2017 logo. 1000logo published that the font used was created from scratch. Since the longest the Roblox logo has lasted is two years, maybe we should expect another change soon, but only time will tell.