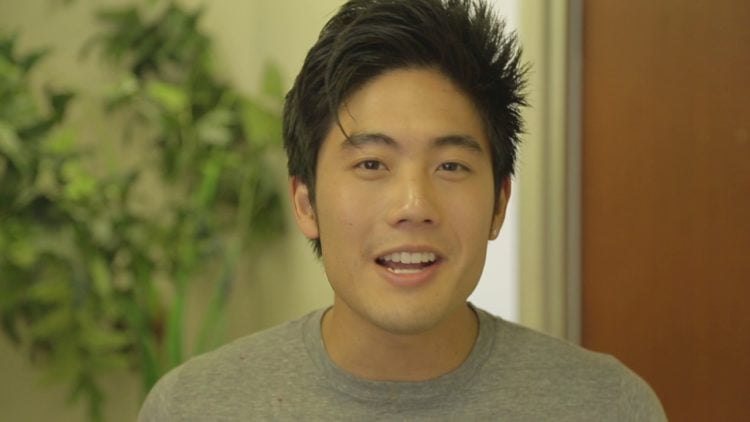 Twenty years ago, YouTube hadn’t been invented (and yes, Gen Z-ers, there really was a time before YouTube. Some have even suggested there was a time before the internet, but let’s leave the collective mind-blowing for another day). How times have changed. These days, it’s not just a hangout for people with a penchant for watching cats doing weird things. It’s a place where people make money. Big money. Take Ryan Higa as one example. Had he been born a couple of decades before he was (he was born June 6, 1990, while we’re on the subject), there’s a chance we’d still have heard of him. Comedy has always had an outlet, and TV’s always been a pretty decent place to turn a buck. But would we have heard of him to quite the extent we have? And would he be sitting on quite so pretty a fortune as he is now? Who knows for sure? What we do know (if not for sure than with a good amount of certainty) is that he’s rich. Very, very rich. Rich to the tune of $10 million, in fact. And it’s YouTube that’s responsible for the vast majority of that $10 million. But how exactly? Prepare to find out.

In 2005, God gave us YouTube. Or rather three former PayPal employees, Chad Hurley, Steve Chen, and Jawed Karim, did. A year after it launched, a 16-year-old school kid called Ryan Higa decided to upload some videos of him and his buddy, Fujiyoshi Sean, lip-synching along to some pop hits of the day. The videos caught on, and soon the duo had expanded their repertoire to include comedy skits. But then they hit a problem… or rather, a slap on the wrist and the removal of a number of their videos for copywrite violations.

But that didn’t stop the ambitious Higa. Rather than beat a hasty retreat, he simply changed direction. If he couldn’t sing other people’s songs without getting told off, then composing his own would be the obvious solution. And that’s exactly what he did. By 2010, most of the music uploads on Higa’s nigahiga channel were his own compositions. Which may or may not explain why it became the first-ever YouTube channel to reach 3 million subscribers that same year. Inspired by his initial success with nigahiga, Higa decided to take things one step further in 2011 with the launch of HigaTV. In a move away from the music-driven content of nigahiga, HigaTV featured (or more accurately, features- 9 years after its launch, it’s still one of YouTube’s most popular channels) video blogs and short films.

From the start, it was a success. Today, it’s a sensation. As per his bio, Higa’s video vlogs and short films have now amassed a stonking 18.8 billion watch time minutes, turning him into one of the most successful creators on YouTube. His “Nice Guys” video alone has more than 82 million views, while HigaTV has 4.97 million subscribers and 855 million video views in total. And let’s not forget where it all started. Nigahiga is, almost 15 years since its creation, still going strong – so strong, in fact, that it’s got a frankly staggering 21.4 million subscribers and 4.2 billion video views. When we’re dealing with numbers like that, and considering every Youtuber gets $2 to $5 per 1,000 views, the explanation for that $10 million doesn’t take a genius to work out.

YouTube was were Higa’s success started, but as his Wiki write up explains, it’s most certainly not where it ended. In 2008, Vleet Van Richard offered Higa the chance to make his first feature-length film alongside his nigahiga contributors, Sean Fujiyoshi, Tim Enos, and Tarynn Nago (known as “The Yabo Crew”). The result, Ryan and Sean’s Not So Excellent Adventure, was released on November 14, 2008. Initially shown across sell out theaters in Hawaii and California, it was later released as a DVD on July 14, 2009. Since the success of his debut, Higa has released several other films, including Ninja Melk in August 2009 and the independent film Agents of Secret Stuff in 2010. He’s also shown off his acting chops with his performance as Scratch in Tell Me How To Die and as Dustin Cotchin in Flight 1500, among other things.

Serving Up Some Energy at Giant_Hugs

If his earnings from YouTube weren’t enough, Higa has spent the past couple of years raking it in via his official store, Giant_Hugs. As well as being the main vendor for Higa’s own brand of energy drink, the store pulls in the punters with its extensive range of Higa branded t-shirts, hoodies, and beanies.

As glamourpath.com notes, Higa spent 2017 making a considerable amount of money by putting his comedic skills to a more literary purpose. The release of his first book, Ryan Higa’s How to Write Good, capitalized on the popularity he’d spent the past 10 years building, pleasing his existing fans and pulling in quite a few new ones to boot.

He’s with the Band

In 2016, Higa debuted Boys Generally Asian (otherwise known as BgA), a K-pop parody band that united the YouTuber with actor Justin Chon, filmmaker Philip Wang, and musicians David Choi and Jun Sung Ahn. Since their launch, the band has managed to score a number 2 on the iTunes K-pop chart with the song “Dong Saya Dae”, and a number 1 on the iTunes K-pop chart, number 3 on the World Digital Song Sales chart and number 33 on the Spotify Viral 50 chart with “Who’s it Gonna Be”. Understandably, they’ve also racked up their fair share of YouTube views, with “Dong Saya Dae” attracting 16 million views and “Who’s It Gonna Be” pulling in 14 million views.

So, how did Ryan Hyga achieve a net worth of $10 million? He’s worked like a demon, that’s how. For the past 15 years, Hyga has been carving away at an industry that’s changing rapidly, and it’s because of people like him that it is. Proving you don’t need to sell your soul to reality TV or spend a fortune at film school to make it in entertainment, Hyga is one of the pioneers of YouTube… and that comes with compensation.