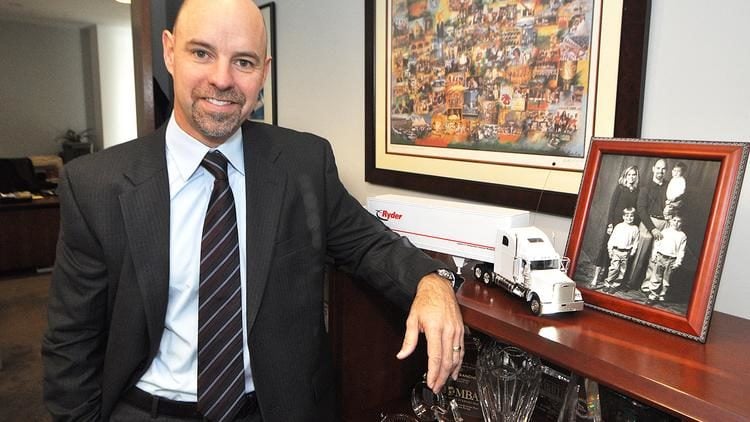 In 2013, Robert E. Sanchez rounded off his 20-year climb up the ladder of transportation company Ryder System with his appointment to the position of CEO and Chairman. During his time as CEO, Sanchez has guided the business through a period of unprecedented growth, buoyed by a strong value proposition, expert leadership and innovative transformations. Having taken in 15 leadership roles over the course of 2 decades, the talented businessman has carved out a name for himself as one of the most successful managers in the country. With Ryder set to continue its pattern of growth in 2019, now’s a great time to learn more about the man at the helm, Robert E. Sanchez.

1. He’s on the board of directors for several companies

Outside of his interests with Ryder, Sanchez serves on the board of directors for a mile long list of companies, including Texas Instruments (of which he also serves as a member of the board’s governance and stockholder relations committee); Big Brothers Big Sisters of America; the Truck Renting and Leasing Association; the United Way of Miami-Dade; the Foundation for Human Rights in Cuba; and the Association of Cuban American Engineers (ACAE) (of which he also chairs the Scholarship Foundation).

As you’d expect from someone of his seniority, Sanchez is supremely well-educated. After earning his Bachelor of Science degree in Electrical Engineering with a specialization in Computer Science from the University of Miami, Sanchez went on to round off his education with an MBA from The Wharton School at the University of Pennsylvania with a concentration in Finance and Strategic Management. He’s not forgotten his old alma mater since graduating, and currently serves as a member of the Board of Trustees for both St. Thomas University and the University of Miami.

3. He began his career at Florida Power and Light

After graduating, Sanchez began his career with an engineering position at Florida Power and Light, and later, at Pratt and Whitney Aircraft. In 1993, he joined Ryder Truck Rental as a Senior Business System Designer. From there, he worked his way up through the ranks in a variety of senior positions (including Director of Vehicle Administration from October 1996 – January 1997; Group Director of Pricing from August 1999 – January 2000; CFO from October 2007 – September 2010; President, Global Fleet Management Solutions from September 2010 – February 2012; President and COO from February 2012 –January 2013 and President and CEO from January 2013 – May 2013), reaching the pinnacle of his achievements with his appointment as Chairman and CEO in May 2013.

4. He’s been honored with awards

Throughout the course of his illustrious career, Sanchez has been the recipient of numerous honors and awards. In 2002, he scooped his first trophy after being named Engineer of the Year by the Association of Cuban Engineers. In 2010, The South Florida Business Journal honored him with the title of CFO of the Year in recognition of his great work with Ryder, and in October 2013, he was named one of the Top 10 Lideres by Hispanic Executive Magazine.

When Sanchez first assumed the role of COO of fleet management solutions (Ryder’s largest business division), he was full of big ideas. When he told his boss his plans, he was somewhat taken aback by the response. “He said, ‘You’re not going to do any of that. What you’re going to do in your first six months is deal with all of the people issues that come with leading a team of 8,000,” Sanchez told The Alumni society. His predication proved correct, leaving Sanchez with the valuable lesson that if he wanted to make changes, he’d have to first listen to his team and learn to get the right people into the right positions.

Sanchez is keenly aware that great leadership isn’t just about the leader, it’s about the team they built around them. Sanchez told Alumni Today that he’s perfectly happy not being the brightest person in the room, and to sometimes take a backseat in the decision making process:- “You need to listen to people smarter than you. They have great ideas,” he said. “Your job is to bring those ideas out and have the team rally around the best one.”

7. He was a reluctant recruit to Ryder

Surprisingly for someone that’s been with the company for over 20 years (and especially given how that someone is now at the very top of the tree), Sanchez never harbored any ambition to join Ryder. The decision to join the business in 1993 was borne more from location, than desire. “I reluctantly came to Ryder because it was in Miami, and this is where my wife wanted to be,” Sanchez recalled to Vehicle Service Pros. “All I knew about Ryder were the iconic yellow rental trucks. That wasn’t the business I saw myself in.” Since making that initial decision, he’s never had cause to regret it. “Let’s just say that coming back to Miami and joining Ryder turned out to be a great decision,” Sanchez said. “After that one, I learned to listen to my wife on all decisions.”

8. His first year as CEO saw record growth for Ryder

If any of Ryder’s selection committee had concerns about Sanchez’s appointment to CEO, his first few years at the job would have been more than enough to ease their worry. In his first year alone, Ryder’s year-over-year profits jumped by 13% to $237.8 million, while per-share earnings rose to $4.53 a share (representing an almost 11 percent increase). Profits, meanwhile, were up by 13%, while revenue grew by 3%.

9. His father is his inspiration

While Sanchez has benefited from the wisdom of many of his former bosses at Ryder (most notably his successor in the CEO position, Greg Swienton) it’s his father that has proved the biggest inspiration. Of all the things Sanchez Sr taught his son, it was the lesson of treating others as you would want to be treated yourself that the younger Sanchez took most to heart. “My father was big on always treating people with respect no matter who they are and no matter what role you have,” Sanchez shared with Wharton Magazine. “I look for that in our team, that people treat their subordinates the same way they treat their boss and they treat their peers”.