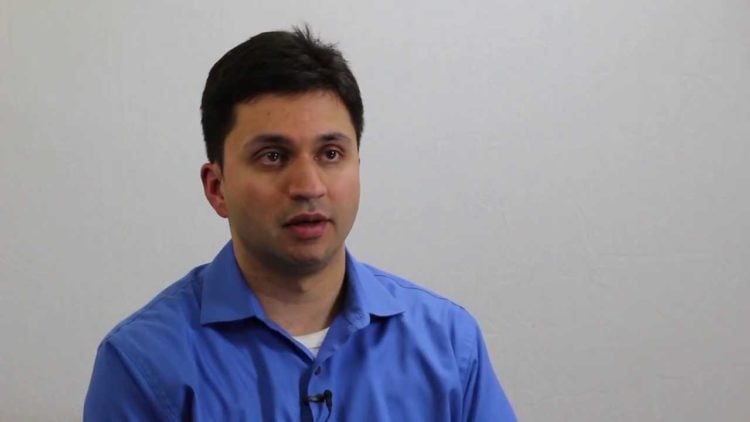 Sanjay Beri is the founding CEO of Netskope, a leading software start-up that specializes in providing real-time data insights and protection from cloud, web, and app threats. Founded in 2021, the company recently hit the news after its latest series of funding pushed its valuation to a mammoth $7.5 billion. Find out more about the man driving its success as we reveal 10 things you didn’t know about Sanjay Beri.

1. He has a Masters’s degree from Stanford

After obtaining his Bachelor’s degree in computer engineering from the University of Waterloo, Beri studied for a Master’s degree in Electrical Engineering at Stanford University. He also an MBA from the University of California, Berkeley. After completing his education, he took on a variety of roles at Microsoft, Newbridge Networks (now Alcatel) and McAfee, leading the design and development of various forms of software, firmware, and hardware.

2. It’s not his first startup

Netskope may have been the start-up to put Beri on the map, but it’s not his first. Before Netskope, there was Ingrian Networks, a company Beri founded alongside Dan Boneh, Roy Thiele-Sardina, and Rajeev Chawla in 1999 to provide enterprise data protection and compliance solutions to companies across the United States and Europe. The company was eventually acquired by SafeNet.

Under Beri’s leadership, Netskope has grown astronomically. Within a year of inception, it had launched its first openly available security software. By 2015, it had expanded into the Australia and New Zealand market, subsequently opening further offices in San Francisco, Redmond, New York, St. Louis, London, Leganés and Singapore, together with a software development facility in Bangalore, India. In 2020, it signed a distribution deal with Cybersecurity and Exclusive Networks to support demand for Netskope Security Platform. According to Wikipedia, the company has experienced an average of 80% year-over-year growth in number of customers since inception, which includes 25% of the Fortune 100 companies.

Caffeine may fuel most boardrooms, but not when Beri’s around. According to hmgstrategy.com, the Netskope CEO has the unique habit of never drinking coffee.

6. He wants to help the White House

President Joe Biden’s Cybersecurity Executive Order is a step that Beri thinks is both long overdue and very, very necessary. In a recent blog post on Meri Talk, he shared his thoughts, explaining “Exploits such as SolarWinds and the DarkSide ransomware attack on the Colonial Pipeline have disrupted national critical infrastructure and put the privacy and safety of millions of individuals at risk… The White House’s Cybersecurity EO is therefore refreshing, both in the rigor with which short-term deadlines are imposed, and the clarity with which some clear-cut plans of action are described.” He’s also convinced that Netskope could assist, saying he’d be keen to work with the Biden administration to help inform and shape policies relating to tech issues such as artificial intelligence and encrypted transmissions.

7. He has a talent for raising money

Netskope is less than ten years old, but under Beri’s stewardship, it’s grown at a phenomenal rate, expanding into new markets, developing new products, and, as of July 2021, achieving a monster valuation of $7.5 billion. The company’s latest funding round of $300 million has more than doubled its previous valuation, highlighting the upshot in interest in cybersecurity following the move to working from home during the pandemic. The company has now raised over $1 billion in funding over 9 rounds, the latest of which was led by tech-focused venture capital investment firm, ICONIQ Growth.

8. He fell into tech by accident

Beri didn’t grow up learning code or developing video games in his bedroom. It wasn’t until he got a job in the IT shop at Microsoft just before heading to university that he got his first exposure to the world. But once he did, he was hooked. Speaking to alejandrocremades.com about discovering his passion for technology and why he decided to pursue computer engineering at college, he explained: “Throughout that time, the ’90s, everybody was talking about the innovations people were making, whether it was tele mobile devices, laptops, computers, software. So, for a lot of us, a very exciting world. You could see it was the harbinger of where you wanted to be. But, frankly, a lot of us didn’t know a lot about it. So, I think going to computer engineering – it was one of the first years they actually had such a degree. For us, it was extremely exciting to be at that forefront of what would become a huge industry.”

9. He has a unique hiring strategy

If you want a job at Netskope (as you well might – the startup has an 85 percent approval rating on Glassdoor while Beri has a 95 percent approval rating as CEO), don’t panic too much if you need to brush up on a few skills. To Beri, culture is one of the most important things at Netskope, a belief that has a major impact on his hiring strategy. As Forbes says, most companies prefer to hire people with a 10 out of 10 in domain and expertise, but a 7 out of 10 in culture. Thanks to Beri’s belief that “culture will get you through everything,” Netskope do it the other way around instead.

Beri grew up in Toronto, Canada. Like a lot of kids that later turn into entrepreneurs, he spent most of his childhood sniffing out new ways to prop up his pocket money. His biggest and longest money-spinner was delivering newspapers around the neighborhood. In total, he spent 15 years as a paper boy, only quitting when he scored a job at Microsft just before heading to university.