Home
Net Worth
How Sara Blakely Achieved a Net Worth of $1.2 Billion
Prev Article Next Article 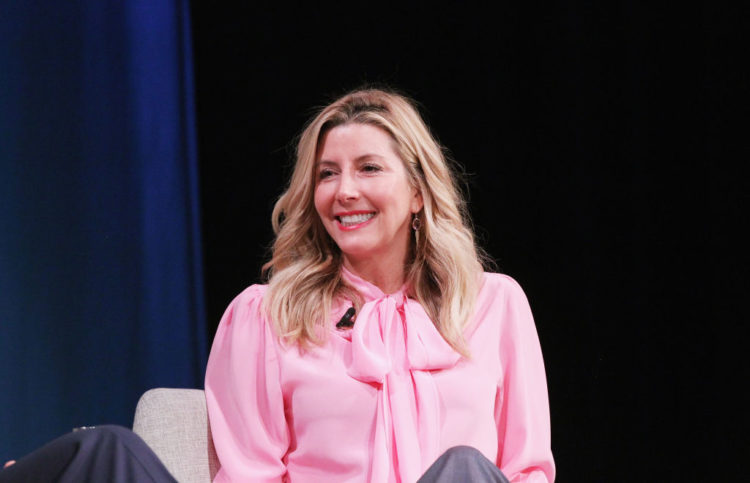 Sara Blakely is a name that is synonymous with comfort and fashion. That being said, as you’d expect, a lot of people know the brands that she has started, and not many know much about her. This is a bit surprising, especially considering the magnificence and determination present in her life story and how she came to be who she is. To remedy this, this article will look at who Sara Blakely is and how she managed to get to the top of her field and make a huge fortune while doing it.

Who is Sara Blakely?

Sara Blakely is an entrepreneur and philanthropist best known for being the founder of popular American shapewear brand Spanx. She is also a member of the giving pledge, which is a commitment by some of the wealthiest people in the world who commit to giving back a majority of their wealth to society.

She was born on the 27th of February in 1927 in Clearwater, Florida. Her parents are Ellen and John, with the former being an artist and the latter being a lawyer. She has a brother, Ford, who took his mother’s occupation and became an artist. When she graduated from Clearwater high school, she went to Florida State University, where she got her bachelor’s degree in communication. She had planned to become a lawyer, like her father, but her LSAT scores were too low to do that. Eventually, though, she began to work at Disney World and then got a job in Florida selling fax machines for an office supply company. She was so good at her job that she was eventually promoted to national sales trainer when she was just 25 years old. Even though she did enjoy the job, it came with a dress code that was not very comfortable for the ladies. The job required that she dress appropriately, with a pantyhose part of the dress code. Suffice it to say, this was very uncomfortable when you take into account the hot and humid summers that characterize Florida.

The idea for Spanx

Even though she liked pantyhose and the fact that they could eliminate all panty lines and made her look thinner, she hated the seemed tomes that came with open-toed shoes. Even after trying to cut off the feet section, they began to roll up her leg. This was when she began to conceptualize Spanx.

Bringing it to corporeality

When she was 27, she moved to Atlanta for work. While she was there, by using her 5000-dollar savings, she began to work on Spanx and slowly began to develop the idea. After she had done so, she went to North Caroline, where most of the hosiery mills are located, and began to shop her idea to find a company willing to make the prototype. None of the companies she talked to while she was there were willing to address her or take up her offer. She had to return to Atlanta for work. After a couple of weeks, she got a call from one of the directors she had talked to in North Carolina. The said director has talked to his daughters about the idea, and the ladies understood it immediately and persuaded their father to make the shapewear.

It took more than a year to make the prototype, but it was eventually done. She then went to a patent lawyer and had her product patented. Next came the quandary that is marketing and having a sales partner. Being a marketing lady herself, Sara Blakely understood the importance of proper packaging, so she went all-in on it. She then set up a meeting with one of the Neiman Marcus sellers in town, and as a marketing pitch, she actually wore the prototype. The buyer was so impressed that he ordered 7000 pieces for the first order, and the pieces were placed in Neiman Marcus stores, seven of them all over town. The product was a complete success. Soon, other stores like Saks, Bloomingdale, and Bergdorf Goodman wanted a piece of the action, and they did get some.

Spanx has never spent a single cent on marketing or marketing campaigns, but they had perhaps the most effective and efficient marketing campaigns in the entire known history of marketing. It all started when Sara Blakely, after the product and the company had begun to boom, sent a gift basket to The Oprah Winfrey show, perhaps the most-watched show on television at the time. The basket came with a note that detailed Sara’s life story and why she thought she had created the perfect product. Not more than two weeks later, Oprah stated on live television, in a section of her show called ‘Favorite Thing,’ that she loved Spanx. The product’s sales immediately went through the roof, a testament not only of Oprah’s influence at the time but also of Sara Blakely’s magnificent marketing strategy.

In the first year after the product was launched, it sold goods worth over 4 million dollars. The following year, it sold products worth more than 10 million dollars. This doesn’t even begin to describe how it was popular. Perhaps the most accurate example of Spanx’s popularity is when Sara Blakely signed a contract with QVC for 8000 pieces. Six minutes after it hit the shelves, all the pieces were sold out.

Over time, other brands began to create a cheap, knock-off version of Spanx. This came as no surprise to Sara Blakely, who had already known it would happen even before the product launched. That is why, from the beginning, she had targeted the high-end customers, people who had no problem parting with money and who thus tend to be more loyal to the brands they trust. That being said, Sara Blakely still wanted to satisfy customers with quality products for a lower price. This is why she partnered with Target to create Assets by Sara Blakely, a low-cost shapewear line. Blakely owns one hundred percent of Spanx and has never accepted outside investments. This is why she has a net worth of $ 1.2 Billion.