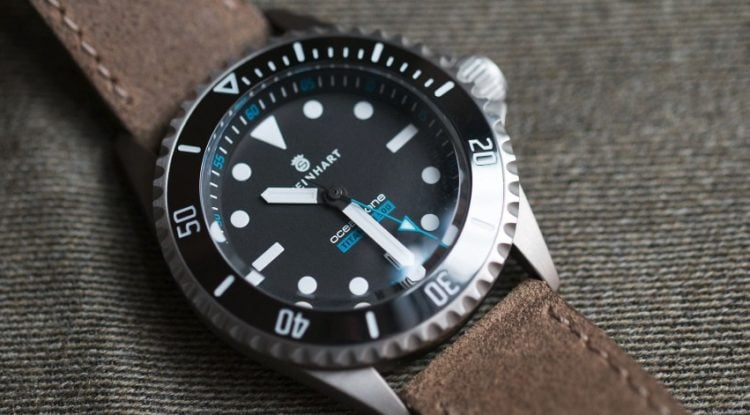 If you are a fan of top-quality timepieces, then you are probably fairly knowledgeable about the different watch manufacturers from across the globe. However, one brand that people seem to know very little about is Steinhart Watches. This is possibly because they are a relatively new brand in comparison to many of the companies that are their direct competition. Here are ten interesting facts about Steinhart Watches.

In comparison to its competitors, this is one of the newest watch brands. The company was only founded in 2001 by watchmaker Gunther Steinhart. He is now the President of this watch company. Steinhart Watches is a German brand that was established in the town of Augsburg. The headquarters of the company are now based in Stadtbergen in Germany.

2. Their Most Popular Watch is the Ocean 1

The first watch that this brand produced was the Ocean 1 and it is this watch that remains the most popular of the products manufactured by Steinhart watches. This has a very similar design to the Rolex Submariner. Despite being an affordable watch, it is made to an exceptionally high standard and this is why people are so keen to own a Steinhart Ocean 1.

3. They Sell Only Online

Most watch brands sell their watches in a variety of ways. They may sell them online but will usually also have distributors who sell their timepieces in specialist watch shops or in jewelry stores. Steinhart Watches have taken a different approach to selling their products as they are solely available online. They distribute their products directly from their German headquarters and do not use any third-party distributors or retailers to sell their watches. 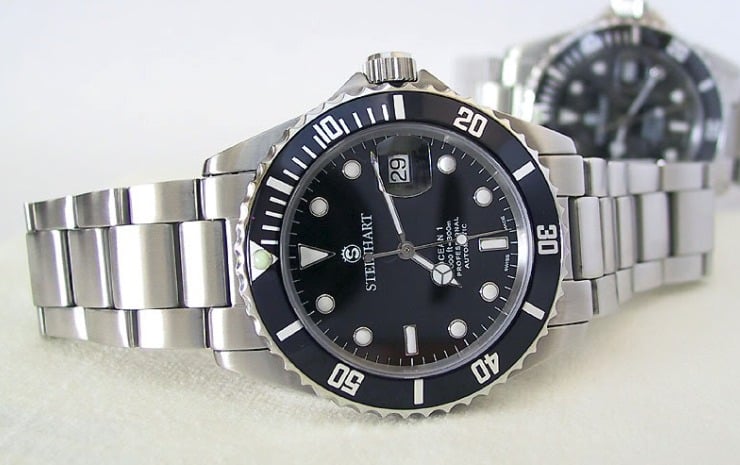 4. Their Watches All Come with Swiss Movements

A notable feature of the watches manufactured by Steinhart watches is that they all come with Swiss movements. While the base-models come with workhouse ETA movements, the upgraded models have Soprod movements. Steinhart are also now making an in-house movement themselves.

5. Rolex Are Their Biggest Inspiration

Although they design all their watches themselves, Rolex is the biggest inspiration for these designs. Many of their watches look extremely similar to previous models of Rolex. As Steinhart is a much cheaper brand than Rolex, this is fantastic news for Rolex fans who cannot afford a genuine Rolex watch but want something that has the same basic design concepts.

6. They Have Six Collections

7. They Have Raised Money for Charity

Steinhart watches made a limited-edition watch specially to raise funds for a charity. Gunther Steinhart had been traveling to Russia to visit a kindergarten in the city of Staritsa, near Moscow. They desperately needed funding to provide free childcare to more than 100 children, give them four meals a day, and provide a range of fun and educational activities. To help raise money, Steinhart watches began producing the Nav. B-Chrono 44 Bronze ‘Kiga No. 2’. Profits from watch sales were sent directly to support the good work of the Russian kindergarten charity. Some of the funds raised went towards renovating the building while other funds were used to buy resources.

In addition to their watches, Steinhart also sells a range of accessories. These are predominantly replacement parts or parts that they can switch to create a different look. The accessories listed on their website include bracelets, buckles, and supplies.

9. Steinhart Watches Has One Designer and Three Watchmakers

Steinhart Watches is still a small company and has just one designer and three watchmakers. The designer for the company is Simon Schmidt. The watchmakers are Thilo Barnessoi, Reinhold Runge, and Pia Zellerhoff.

10. Steinhart Watches Are an Affordable Option

One of the greatest advantages that this brand has over its direct competitors is the price of its timepieces. They cost significantly less than many other watch brands to buy, with some of their basic models costing as little as $400 including shipping. Therefore, this brand is a good choice for people who want to own a quality watch but have a limited budget.