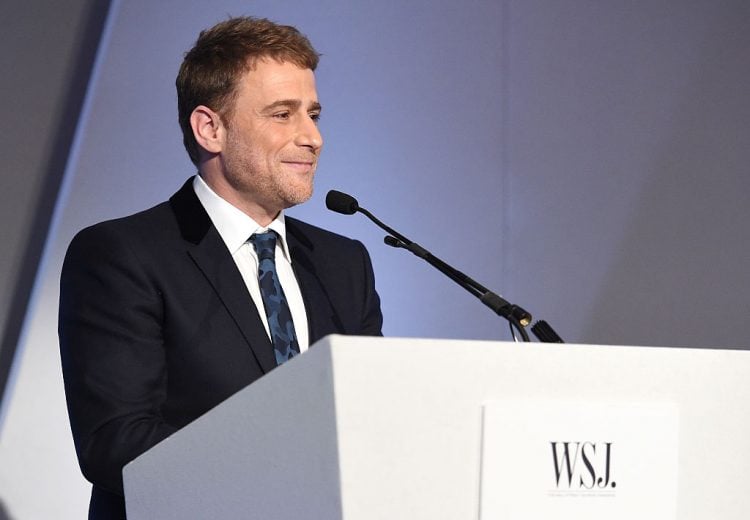 Slack is an extremely successful software company. If you have never heard of it, it is a easy way to bring all of your communication together. Slack makes it possible to create a team channel, where you can send direct messages, make voice and video calls, help you communicate in a variety of other ways all in one place. It is considered to be one of the fastest growing business apps ever. The CEO of this company is a man named Stewart Butterfield. If you have never heard of him or his company, read on. If you have, you might just learn more about him that you thought your ever could.

Before Stewart started working on his $2.8 billion startup, Slack, he found success in another venture. He is responsible for the startup, Flickr. Soon after its popularity grew, he sold it to Yahoo for over $20 million. That was nothing compared to the amount of money that he has made with Slack.

Stewart was born in 1973 and he grew up in Lund, British Columbia in a small fishing village. When he was born, his name was Dharma because his parents were hippies. When he got older, he changed his name to Stewart. His family lived in a log cabin and they didn’t have any running water going into the home until he was three years old. By the time he was 5 years old, the family was doing better financially. They moved to Victoria and a few years after the move, they were able to afford to buy their first computer.

With His Computer, It Was Love at First Sight

The day Stewart’s family brought the computer home, he fell in love with it instantly. He played around on the computer so often, that he taught himself how to code when he was just a little kid. When he was in college, he used his love and knowledge of computers to make money designing websites for other people and businesses. He says that he was one of the first groups of kids to have the luxury of growing up with a computer.

Most people who have made billions in Silicon Valley went to the top schools like Harvard, Stanford, and MIT and they studied computer sciences. That isn’t the case with Stewart. He attended the University of Victoria, where he got his BA in philosophy in 1996. In 1998, he attended the University of Cambridge, where he got his Masters in Philosophy. Everything that he learned about computers he learned on his own. It just goes to show you how smart and talented he is.

In 2000, just two years after getting his Masters Degree in Philosophy, Stewart joined his friend, Jason Classon in Classon’s startup company Gradfinder.com. This was right when the internet bubble had burst. According to Stewart, even though it was during the post-economy, they were still able to sell the company for a healthy profit. After the sale, Classon went on to work for Highwired, the company who bought Grandfinder.com. Stewart went on to become a freelance web designer.

Stewart started a competition which he called the 5K competition. The competition encouraged people to design websites in under 5 kilobytes. The contest became very popular, and people from all over the world were trying to meet the challenge.

Stewart, his former partner Jason Classon, and Stewart’s then wife, Caterina Fake all started a company called Ludicorp. The intention was to build a massive multiplayer game online. They tried to do it right after 9/11 and right after the tech bubble burst, therefore, they couldn’t raise enough money to get off the ground.

When Stewart got the idea for Flickr, he in a New York hotel throwing up because of food poisoning. He and his team created Flickr, which was a site where you could share photos with people. Very early on, he realized that it wasn’t as functional as he would like. The problem was that you could only share photos if both people were currently online. It wasn’t long before Stewart made the necessary changes. Soon after, he sold Flickr to Yahoo for $20 million. As part of the agreement of the sale, Butterfield and his wife were given jobs at Yahoo. In 2008, they both left Yahoo and they also split up. They did, however, have a daughter during their marriage. Her name Sonnet Beatrice. Only time will tell if she will follow in her footsteps and change her name one day. In it’s time, Flickr was huge. It got the creative team on the cover of Newsweek.

After leaving Yahoo, Stewart still wanted to create to the multiplayer game that he started when Lutdicorp was in business. He got some of his coworkers from Flickr and Ludicorp together and they started a tiny startup company called Tiny Speck. Together, they built the game and called it Glitch. Unfortunately, they made some poor technical choices, and the game was just too weird for some people and the game didn’t take off. Stewart didn’t want to give up on the idea of doing something amazing, so he started on the communication tool that he and his team built so that they could chat and communicate. They called it Slack and decided to put it out there to see how it was received. It did great. According to Stewart, Slack is much bigger than Flickr because there are 10 times as many people online as there were in Flickr’s day.

Stewart has made a real name for himself. He has also made a great deal of money. Currently, his net worth is estimated at $650 million. Stewart had a great idea and he sold it for a fortune. He didn’t make the best choices on his next project, but he didn’t let that stop him. Instead, he turned it into a billion dollar business and things have been great ever since. According to Stewart, he still isn’t happy with Slack, and he says that he and his team are still working to make the product even better.