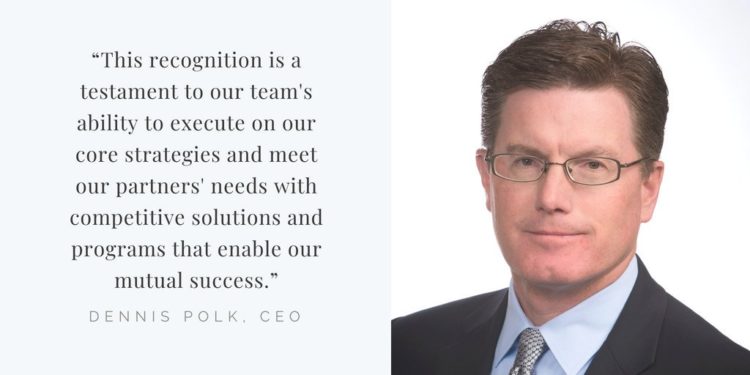 You may have heard of a company called Synnex in the past, but do you know who the CEO of that company is? His name is Dennis Polk, and he has been making some waves as the company’s Chief Executive Officer, in all the best ways imaginable. If you want to know more about him, read through this list. You might be surprised.

1. He’s been in the position for less than a year

He’s only been doing this particular job for a very short while. In fact, he achieved the position in March of 2018 so he hasn’t even been there for a full year yet. However, that doesn’t change the fact that he knows the business well and he is prepared to take the company to new heights.

He may be new to this position but he certainly isn’t new to working for Synnex. As a matter of fact, he has been there for sixteen years now, honing his skills and developing an solid foundation for the way that he wants to run the company in the future.

3. Prior to his appointment as CEO, he served as the CFO for the corporation

During the time that he has worked for the company, he started out serving as the Chief Financial Officer, which essentially primed him for the position as CEO that he now holds. During his time in his original position, he worked tirelessly to ensure that the company’s finances were in order and that they were making enough money to create a rather comfortable safety net in case they ended up facing leaner times in the future.

4. He was also the Senior Vice President at the firm

While he was working as the Chief Financial Officer, he also held the position of Senior Vice President. This is not at all uncommon. In fact, it is a fairly common practice across the board when it comes to managing a major corporation.

5. He’s also a Board member for a popular real estate company

He sits on the Board of Directors for Synnex, but he also serves in the same position for a real estate company called Terreno Realty Corporation. Like most business professionals, he likes to stay engaged in the community and this is one way that he accomplishes that goal.

6. He has remained active in supporting his alma mater, Santa Clara University

He also remains active in supporting the college he went to in order to achieve his Bachelor’s degree, Santa Clara University. He knows that his education is where everything started for him and he wants to make sure that the same college he attended can continue to serve their current and future students with the same dedication he experienced there.

7. He provides scholarships to students who attend the college

He also wants to help students who attend the university and plan on having a career in business. As such, he routinely provides scholarships for those students. It is one of the ways that he gives back to the community in yet another manner, something that is incredibly important to him.

8. He doesn’t have the same approach to business as most people

A lot of people think of business professionals as someone who would cut the rope that everyone else is holding onto in order to save themselves but that isn’t the case here. He is well known for helping people and he has a wonderful habit of noticing people for who they are, not necessarily what they do.

He wants everyone to be comfortable working for him. For that reason, he allows anyone and everyone access to his office so they can openly discuss things they believe would make the company better. He also wants them to come to him with their concerns. He likes being able to talk with those who see things from a different perspective.

10. He likes to see people succeed in their chosen profession

In the end, he wants everyone to succeed and he’s all about developing an environment where everyone who works there can be happy. He knows that companies work best when every employee, from the newest hire to the most experienced professional, are able to work as a cohesive unit.