Home
Motorcycles
Under the Microscope: The 1983 Harley-Davidson Sportster XLX 61
Prev Article Next Article 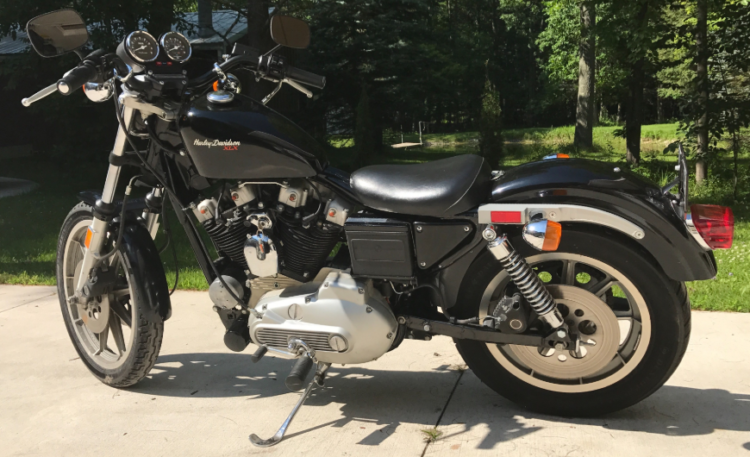 It may just seem to you that you have been reading quite a bit about the Harley-Davidson Sportster lately. Well, there are some very good reasons for that. First of all, the Sportster line has spanned 62 years…since the first one was released by the company in 1957. That’s a lot of Sportsters to cover and discuss. Secondly, to put it very simply, the Sportster is a popular bike among men and women alike. It has power, is lightweight and smaller, and let’s just admit it: It looks really good. With all of that in mind, it’s time to read about the Sportster some more, but this time we’ll cover the 1983 Sportster XLX 61. So, for those of you who are either enthusiastic owners of this enduring bike, and for those of you who are looking to have one for yourself but are not sure which to choose from, keep reading. All of the information you are gathering about these iconic motorcycles will certainly help you in the long run, no matter what group you fall into.

The XLX 61 was part of the Sportster family line, and was released in 1983. Because it was part of the 1980 through 1985 generation of Sportsters, it had no kickstart ignition; owners got to enjoy having the simple and convenient electric-start bike. The ’83 XLX 61 did get to see some changes that set it apart from those produced in the few years prior. Buyers could choose between a standard gasoline tank, or a larger 3.3 gallon version. A much freer exhaust system was also installed, and they had new seats as well. Later on in the year Harley began to install the V-Fire III ignition, a vacuum operated electrical system often referred to as VOES. These seemingly small changes made for big business for the motorcycle company, and the production of the XLX 61 was considered one of Harley’s best marketing strategies up to that time.

This particular bike was considered fairly basic, with no special extras or frilly add-ons to make it stand out or cost more. It seated only the rider, had a simple speedometer gauge, smaller gas tank, and had a retail price of $3,995. It could only be purchased in black-on-black or chrome and red, so not even the paint job could be taken over the edge. So, one may wonder who would’ve even wanted one of these bikes, with so little motivation, optionally-speaking, of course. However, the truth is that Harley-Davidson sold 4,892 of the XLX 61 model during the very first year of its release. In other words, it sold more than any of the other three Sportster models put together. Obviously, someone out there, or a lot of someones, indeed wanted to have this simple bike. To date, the Sportster XLX 61 has proven itself to be one of the highest selling models of the Sportster in the history of the bike line

The Sportster XLX 61: Features and Specs

Since the bike was engineered to be simple and basic, and since it was sold at an affordable price, it is important to know what exactly one was getting for their money. Below are the bike’s specs and features, which, by the way, weren’t fancy or brag-worthy at the time. Not that it mattered; the XLX 61 held its own.

Here are spec particulars for the 1983 Sportster XLX 61:

As was mentioned earlier, the price on this particular bike when new was $3,995, but over the years the cost to purchase one of these used has fluctuated greatly. Plus, there are so many factors which determine the bike’s value that you never can tell until you find one and actually go look at it to see if it’s worth the asking price. But in comparison to the original off-the-line price, well the odds are that a nice XLX 61, in excellent condition, is going to cost you a chunk more. The following valuations will show you the general trend for the 1983 Harley-Davidson Sportster XLX 61.

It’s easy to see that things remain fairly consistent over the years as far as cost is concerned, and obviously the condition of the bike is going to directly affect what you pay for it, or what you sell it for, not to mention insurance costs. With these things in mind, it’s much easier to understand the value of the bike in question. For more details on bike condition, or to review the above information, visit the Hagerty website.

So, there you have it: the 1983 Harley Sportster XLX 61. A basic bike for the simple man who just wanted to enjoy the thrill of riding. The same principle applies today, when you take away all the bells and whistles; after all, it’s really just about the riding, isn’t it? Well, this bike enabled anyone to do just that: Enjoy the ride…