Home
Home
The Five Most Expensive Toilets in the World 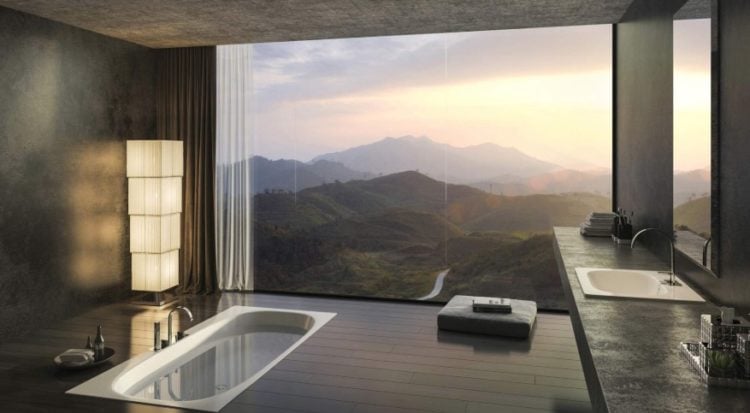 We may not always think about it, but having toilets is actually a modern-day privilege. There are plenty of parts in the world that still have no access to toilet use, but this notion is not stopping some people from really investing in expensive toilets. Some of these toilets offer features like you’ve never thought of before. Some others almost look like they’re small aircrafts. If you think that the only function of a toilet is to flush, think again. We’ve listed the five most expensive toilets for you here, and they can all do thing that you’d never expect from your toilet, ever.

If there were any toilets fit for a king, it would be this one. As a matter of fact, it was named after the last ruler of the Merovingian dynasty in France, King Dagobert. This toilet is so majestic; it’s five feet tall. It’s also designed like a throne. It features a pull chain flush on the upper left corner and a candleholder on the upper right corner. The toilet even has armrests. This toilet will also play a song, “Le Bon Roi Dagobert,” every time the lid is lifted. If that’s not ridiculously kingly enough then just check out the price. This wooden latrine sells for $14,123. From the design studio of Jemal Wright, the brains behind the chrome-plated toilet, comes another thing of beauty that people might not even want to sit on to do number two. This is the Swarovski-studded toilet. Crystals cover every single space on this toilet. The only things that’s not studded are the toilet seat and the inside part of the toilet cover. The result is a true beauty—something that probably belongs more in an art gallery rather than your bathroom. This is the kind of toilet that you’re going to want to clean every single day, maybe even after every single use. You probably wouldn’t mind, but at $75,000 a unit, you’d think it should be capable of cleaning itself. 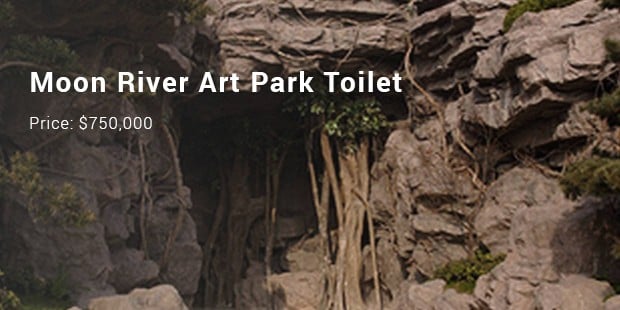 This toilet is not even a private toilet. It’s a public toilet, and it’s actually considered to be a local tourist attraction. Yes, people travel from distant places to see a toilet in person. However, there’s something special about this toilet located inside a man-made cave in the famous Moon River Art Park in Shanghai, China. You might have to wait 2 hours to get a chance to sit on this lovely throne. Fortunately, you won’t have to pay to sit on it as long as you’ve paid the entrance fee to the park. This toilet is estimated to cost $750,000, and here we are just wondering why. Finally, here is a toilet that’s made out of precious metal. The Hang Fung Gold Technology Group owns this golden toilet, and it currently sits in a demonstration washroom called “The Hall of Gold.” This toilet can be viewed and visited by the public, and many tourists flock to this room to get their photo taken. The toilet is just part of the entire golden washroom ensemble, but if you were to take this toilet home with you. It’ll cost you $5 million. Rumor has it that the toilet was made when gold was selling for cheap. Now that prices are going up again, the bathroom is being dismantled to take advantage of all that gold. It’s only to be expected that the price on this space toilet is also out of this world. At $19 million, this is the most expensive toilet ever made in the history of toilets. It was built by Russia for the space station in 2008, and it features the most extras for that special kind of bathroom activity. This toilet has leg braces to keep astronauts in the proper position while using the toilet. It has special fans that suck in every single waste deposited into it into a septic tank. In addition, this is the only toilet ever created that has an advanced filter capable of extracting water from waste and purifying it for drinking. It’s the ultimate recycling machine.

How Kyle Richards Achieved a Net Worth of $50 Million