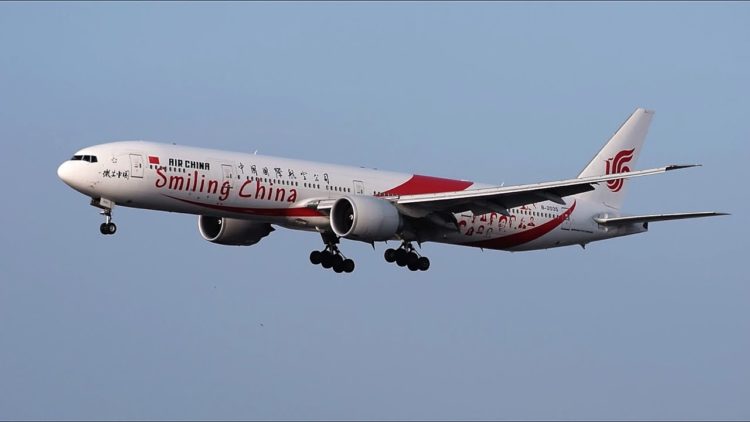 Headquartered in Beijing, Air China is one of China’s major airlines. The company operates based at the Beijing Capital International Airport. Air China currently has 15 different types of aircraft in operation. Their Boeing 737-800 fleet currently has the most number of planes in service, a total of 117 aircraft. The airlines has an 80% average load factor, which really isn’t all that bad considering they carry out over 90 million domestic and international passengers annually. They may not be known to have the most lavish accommodations on their planes, but they have options that are luxurious enough for even the pickiest first-class traveler. Here are the five most luxurious planes in Air China’s fleet. 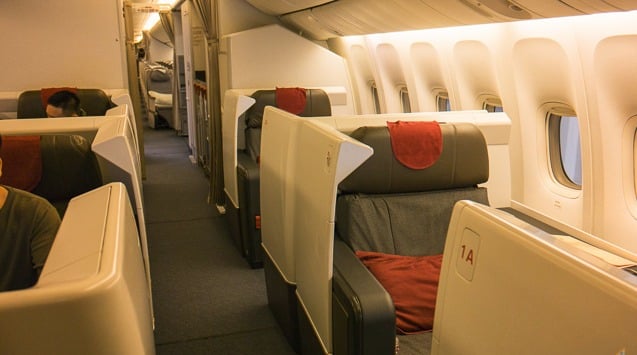 This aircraft is one of Air China’s largest planes; it can accommodate a total of up to 392 seats. 36 of those seats are separated as either First Class for domestic flights and Business Class for international flights. The overhead space in the First Class area is incredibly high. You definitely will not feel like you’re on an aircraft. Each row has a total of six seats divided into three aisles; two seats make up the center and the remaining seats flock each side of the plane. With 36 seats total, there are only 6 rows of First Class. However, there are some aircrafts that offer First Luxury accommodations—something that’s better than First Class. That’s what you really need to watch out for. If you happen to be sitting in first class here, you’ll appreciate that the area feels softer and more organic compared to other aircrafts. This is due to all the contours in the design of the cabin instead of too many straight lines. The colors are also friendlier, making it seem a bit more relaxing in comparison. You might not get as much privacy in comparison to other First Class compartments, but you’ll definitely get just as much leg space. You may not get your own screen, but you probably wont’ want it even if you do. If you’re sitting on these seats, you’re going to want to snooze. 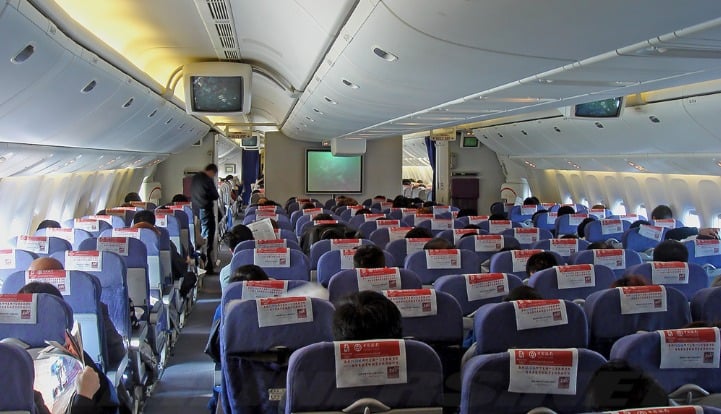 No other Business Class on Air China’s fleet is as sleek and stylish as this aircraft. It’s modern yet completely comfortable. You’ll enjoy the benefits of spacious overheads and wide seats. Apart from a great Business Class, this aircraft also has Premium Economy options for those looking for just a bit more of an upgrade from regular Economy seats. You’ll get more comfortable seats and slightly better dining options as well. And we all know that dining is a hit or miss on an airplane. If you’re not like us, who like airplane food regardless, this benefit is surely something that you would appreciate. You’ll get large personal screens. You’ll also get access to a bar. Those are just some of the extras you’ll get if you fly with this Air China aircraft—First Class style. There are quite a few more. Apart from larger seats, you’ll also get a little more privacy compared to other First Class cabins. There are only 12 seats in First Class, but you do have access to 2 floors of Business Class seats. The upper deck offers a lot more privacy as well given that each row only has four seats. Everything about this aircraft is all about comfort, and if you’re traveling long distances, this would be a great way to go. If you were taking an Airbus, Air China’s Airbus A350-900 is probably one of the best. There’s so much room in these seats and cabins—more than other larger Boeing planes. You can stretch your legs out beautifully here, and there’s also plenty of room for your belongings. There are also Premium Class seat options and enough room even in Economy Class to feel lavish enough. The aircraft actually won’t start deliveries until this year, and when it does, it’ll be one of the best planes that Air China has. It’ll be the newest one on the fleet, so expect the most modern amenities and upgraded systems. This is the Business Class seat that you would need to book next if you were flying Air China to go anywhere in the world.