Home
Cars
The History and Evolution of the Aston Martin Vanquish 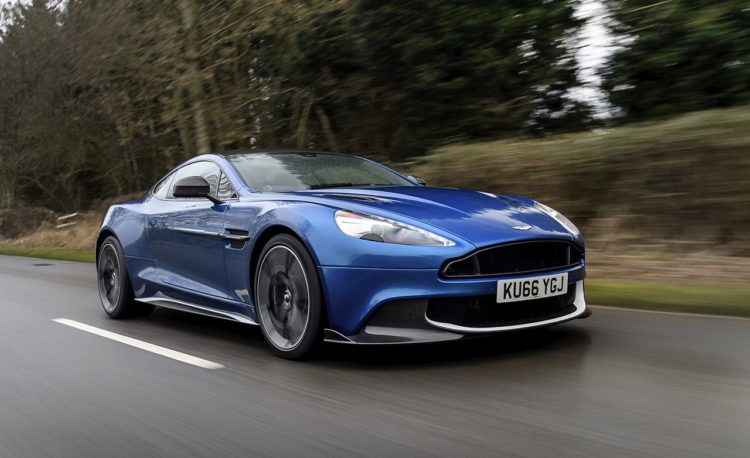 The Aston Martin Vanquish is a unique automobile, to say the least. Produced in Britain, it has classic lines that make it look like it has a lot of sophistication as well as speed. The car was originally developed in 2001 and production ran until 2007. The brand was then revived again in 2012 and continues to this day. If you’re interested in knowing more about how this beautiful, high performance car came into existence, you can read about its transformation from an idea to a reality below. As far as appearance is go, this car looks a lot like the older Vantage that it was designed to replace but don’t let that fool you. It incorporated a state-of-the-art body design that utilized both carbon fiber and aluminum. The idea was to make the car as lightweight as possible and to make it stronger than a typical aluminum body by utilizing carbon fiber at critical points. It also had a 5.9 liter V12 engine that was capable of producing 460 horsepower. Obviously, that much horsepower, combined with the light weight of the car itself, allowed people to enjoy a level of performance that few drivers ever experience. It also had another feature that up until that time, had only been utilized on high performance jet aircraft. It utilized a system of computers that were capable of producing thousands of calculations per second that essentially helped the driver control the car. Basically, you would tell the car what you wanted to do through steering and throttle inputs and these computers accentuated your inputs so that the car responded almost immediately. In reality, it responded far more effectively than it ever could have without the system. This type of technology was developed several years ago for jet fighters. In fact, many of the most prolific jet fighter aircraft in the skies today would be completely unflyable without the system. Aston Martin took advantage of that technology and created something special with the Vanquish. You might think of this model as the slightly redefined version of the original, complete with a few extra revisions that really made it stand out from the crowd, even more so than its predecessor. Upon visual inspection, the first thing you’re likely to notice is that the deck lid had been raised slightly and the spoiler on the back was larger than the original. The nose of the car was also a little more aerodynamic and new wheels were added. Perhaps the biggest change is one that you couldn’t see, at least not without looking under the hood. The engine might not have appeared bigger to the naked eye, but you would certainly notice a difference if you were to take this car out for a test drive. This particular version was capable of a whopping 520 horsepower, easily eclipsing the 460 horsepower of its predecessor. Obviously, this change made the car even faster so it was then necessary to make some slight adjustments with regard to the car’s wheelbase in order to make sure that it was capable of hugging the road during corners. That’s also the reason for the larger spoiler. The end result was a faster car that was still capable of handling the road without encountering a lot of problems. For some reason, the powers-that-be at Aston Martin made the decision to stop production on the Vanquish in 2007. Performance wasn’t an issue and sales were relatively good, yet they chose not to continue on with the line for the 2008 model year. This was something that didn’t make a lot of people very happy and they let their opinions be known. As a direct result, the car was brought back as a concept car in 2012 and then went directly into production. It is still in production today. The end result is a car that is a little bit longer and wider than the original, and its lines are much more aerodynamic from bumper to bumper. It still utilizes a larger engine, this time an updated version of the original V12. It’s also capable of going from 0 to 60 miles per hour in about four seconds. This particular car is also the epitome of luxury, featuring an all leather interior and a state-of-the-art entertainment and information system that allows drivers to take full advantage of everything today’s technology has to offer.