The Maserati Bora was a unique automobile that looked like a cross between a Fiero and a DeLorean. It was produced in the 1970s. There was a version with a 4.7 liter engine that was produced from 1971 until 1978. Another version with a 4.9 liter engine started being produced in 1973, although production for that model also ended in 1978. If you’re interested in learning more about this relatively rare automobile, you can find out about its evolution right here. 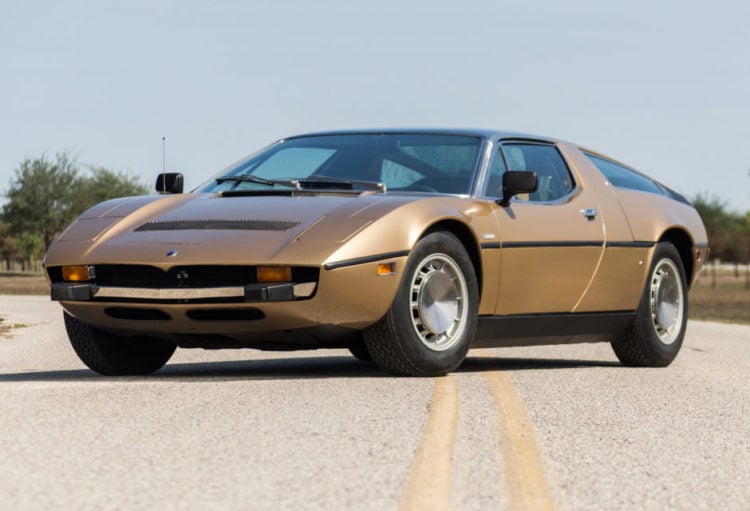 As previously mentioned, this is a car that first entered production for the 1971 model year. Prior to that, it had been shown at an automotive show as a concept car, although virtually no changes were made to the car itself when it entered production. It was a mid-engine two-door coupe that featured a 4.7 liter engine capable of 310 horsepower. Considering the vehicle’s relatively small size and light weight, even for that era of automobile manufacturing, it was capable of getting from 0 to 60 in about 4.5 seconds and it had a cruising speed that was faster than most drivers were capable of handling.

One of the things that really set this car apart from the competition was the fact that it had a wider wheel base than most sports cars of the time. It also sat lower to the ground. This allowed it to be more controllable at high speeds, especially when it was going around corners or dealing with abnormalities in the surface of the road. All in all, it was a car that was capable of going fast, turning on a dime and stopping with a moment’s notice. Thanks to the car’s light weight, it was capable of accelerating quickly, even when paired up against cars that had more horsepower. Much of this is due to its tubular steel frame. Even with the anti roll bar bars installed, it still weighed less than virtually any other car of its type.

Although there wasn’t a great deal of change during these model years, there were some refinements made to the 1974 model which carried through until the end of production in 1978. For starters, the car was granted a slightly larger engine, this time of 4.9 liter V8. This increased its horsepower from 310 to approximately 325 horsepower, allowing it to accelerate from zero to 60 in about four seconds flat. In addition, the car was capable of achieving a slightly higher top speed, topping out at approximately 145 miles per hour. A few cosmetic changes were made, mainly with regard to the front bumper. This resulted in a car that looked even sleeker than the original, which was nothing to shake a stick at to begin with.

Of course, the car had featured one of the most modern interiors available at the time and it had done so from the beginning. The 1974 through 1978 model years continued that trend, providing updates as they came along. These cars had state-of-the-art stereo systems, bucket seats, specialized trim, and some of the later models even had air conditioners. That being said, a lot of customers opted not to have the air conditioners included because they severely impaired engine function and performance. Nevertheless, it was something to behold at the time, as many automobiles were still being produced without the option even being available.

These days, it’s hard to find one of these automobiles, to say the least. Over the years, they have become something of a collector’s item and the people that do have them don’t routinely have a desire to turn loose of them. Every once in awhile, you might be lucky enough to run into one at a classic car show, especially if it deals with sports cars of that era. If you’re trying to find one for sale, you might have to look for a while and pay whatever price the current owner sets in order to get your hands on it.

One thing is certain, the Maserati Bora definitely left its mark on the automotive industry, despite the fact that it was only in production for a short time. Many people still have frustration at the fact that Maserati decided to end production of the car after only seven years. Despite that fact, this is a car that is still fondly remembered and well respected. As previously mentioned, it’s also highly sought-after.