Home
Motorcycles
The History and Evolution of the Triumph Scrambler 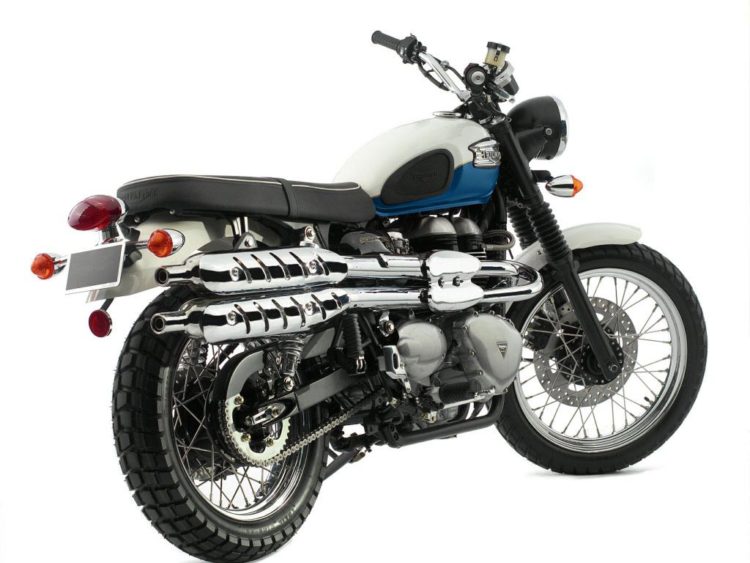 The first Triumph Scrambler rolled off the lines in 2006. The British Motorcycle manufacturer had brought John Mochett on board just 7 years prior and this would be the last model he would design for the brand. He served as their principal stylist for the majority of Triumph’s motorcycles until this time. The name suited the bike with its off-road capability and styling. 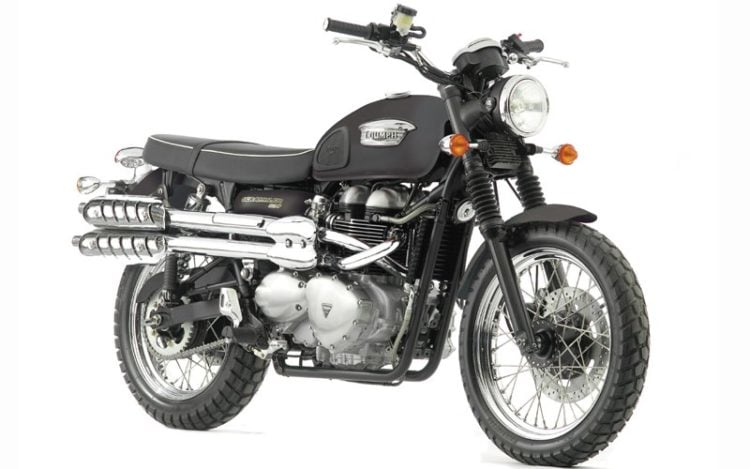 The new model was influenced by the TR6C Trophy special with crossover exhaust headers and the high level stacked twin exhausts. The handlebars were high and wide with a lifted seat position, Kayaba front forks, and the small headlight. The scrambler is a fun bike that takes to most types of terrain with the power of an 865cc parallel twin engine paired with a 5-speed gearbox, The 2007-8 Scramblers were popular for those who enjoyed British style and fun on the pavement with an occasional off-road adventure. 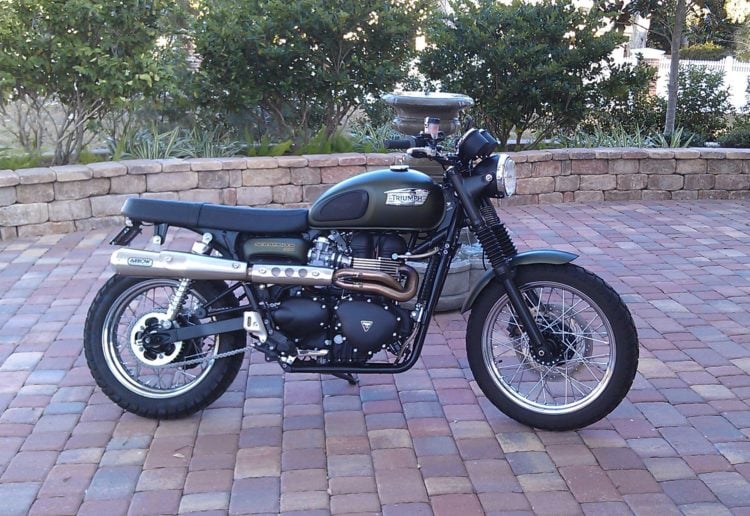 The 2011 Scrambler was a custom cruiser that offered the nostalgia of a retro bike. A popular choice for daily commuting or for running errands around town, the Scrambler made every trip more fun. It received an update with a new modern EFI engine and a compliant and smooth suspension that gave it a more comfortable ride on the highway. The 2013 Tony Hawk Special was a special collaborative edition between Triumph, Tony Hawk and several other companies. They accomplished this special edition by starting with the base of a Scrambler and loading on the special features that not only made it quite aesthetically pleasing but it also upped the performance. The design team threw Dunlop Trailmax TR91 tires, custom built shocks, 1into 1 stainless steel exhaust and a damned nice two-toned paint job complete with red pinstripes and the Hawk logo on either side of the tank. The 2014 edition of the Scrambler came across with the looks of a vintage cruiser from the 1960s era, but with the implementation of modern technology. The British Built machine offered a few striking features such as the high mounted stainless steel headers and the twin chromed silencers combining to create the exhaust system. The flat dual seat was firm yet comfortable and the two-tone paint with the Triumph badges on the fuel tanks gave it a special look that was best described as eye candy. It still maintained its original resolve to be just as much fun on the road as off. 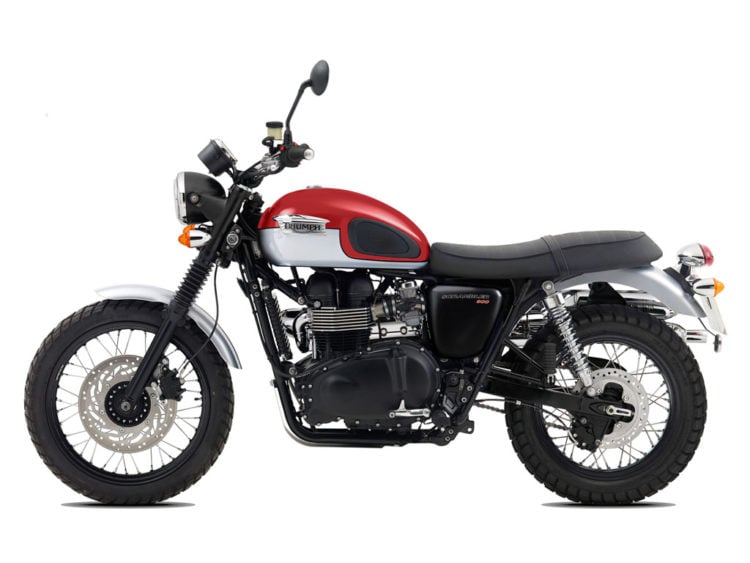 The 2015 Scrambler continued on with the legacy with the same engine and power with no need to alter the perfect chemistry that was going on. It maintained its high capacity for tackling gravel roads then moving down the highway with alll the dignity of a custom cruiser. The adjustable suspension was a nice feature for handling diverse riding conditions. The engine reeived a revamp that delivered a flatter, lower torque curve. The crankshaft was switched to a 270 degree from a 360, also utilized in the Speedmaster and the Bonneville America. Instead of being labeled a custom cruiser this baby earned the title of sport touring bike. The newest edition of the Triumph Scrambler is coming out with an increase in horsepower to the tune of 18 percent. The engine will have a little more rev. They raised the redline which is going to be a nice improvement for passing. They also bumped the compression ratio from 10.6: to 11:1. Through 12 generations and a few special editions, the Triumph Scrambler has made the cut and it’s still in the game. The latest edition is expected to start showing up showrooms soon.