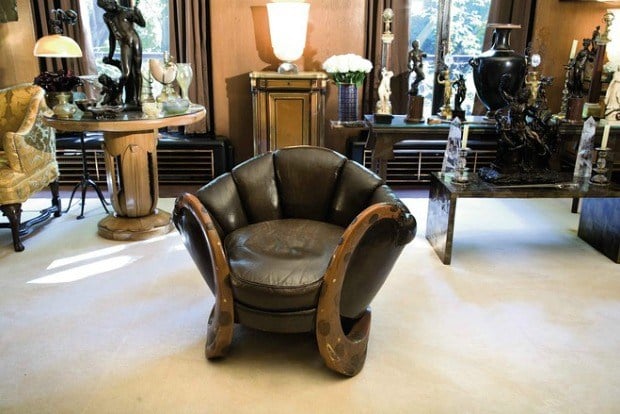 There is a big difference between buying a piece of second-hand furniture and buying an antique item. While second-hand furniture depreciates with age and use, an antique item can cost a significant sum of money. The value of an item will depend on its age, its condition, how many similar pieces were made, the craftsmanship, and if there are any interesting details in its history, such as being owned by a member of royalty or surviving a war. While some antiques are affordable for everyone to add period features to their home, there are others that are worth such staggering amounts that only the wealthy can afford them. These pieces are often of great interest to collectors who source pieces from a specific period or who have an avid interest in certain styles. In fact, if there are a few keen collectors at an auction, it is often this that drives up the price of an individual item as they try to outbid each other. Here are five of the most expensive pieces of antique furniture sold at auctions. The badminton cabinet is the most expensive piece of antique furniture sold of all-time. This intricately ornate cabinet was constructed in Florence and is inlaid with precious stones. Many consider this piece of furniture to be a work of art and it once belonged to the 3rd Duke of Beaufort. The cabinet was sold by his descendants in 2004. Everyone waited with baited breath as this antique went under the hammer and even experts were shocked when it sold for a monumental $36.7 million. While many pieces of such value are bought by the wealthy who keep them in their private residences, that is not the case for the badminton cabinet. It now resides at the Liechtenstein Museum where it is well cared for by experts. The Dragon’s Chair is a rather outstanding piece of furniture, handcrafted from leather and carved wood. Pieces such as this that demonstrate true craftsmanship are always popular at auction. The design is also timeless and would not look out of place in any setting, which is another reason for its popularity. While both these factors may have contributed to the value of this chair, another important element to take into account is that it once belonged to Yves St Laurent. Even taking these factors into account, it still sent shockwaves around the auction room when it was sold for £1.9 million, or around $26.6 million, at Christie’s in 2009. Eileen Gray is the designer responsible for this iconic creation. The Goddard and Townsend secretary desk was made during the 1760s. Those who invested in such an item were looking not only for a functional item but also for a statement piece for their home. Only 9 of these desks were ever made, which has made this a rare and expensive item to buy. In 1989, one of these desks sold at Christie’s for a whopping $11,480,675. At that time, it was the most money paid for an American-made piece of furniture of all-time. While a commode may not seem the most glamorous of items, they were once a practical household item. Wealthier families would have commodes that served not only as a useful item but also as an aesthetically pleasing addition to their home. The Harrington Commode was a piece of 18th-century English furniture that was created by the famous craftsman Thomas Chippendale. His work is always popular when it comes up at auction and when this piece went under the hammer at Sotheby’s in 2010 it brought £3,793,250. This is over $5 million at current exchange rates. In 2008, a George II parcel gilt padauk cabinet was sold at Christie’s auction house. This beautiful and intricate piece of craftsmanship was created by a well-known designer, which is just one of the reasons why this particular piece of furniture sold for such an amazing price. At the auction, it sold for a staggering £2,729,250. This is the equivalent to just under $4 million. Henry House, the Head of Furniture at Christie’s was delighted with the price and said it was a reflection of the market demand for quality items.