Home
Travel
10 Things to do in Lancaster, PA for First Time Visitors
Prev Article Next Article 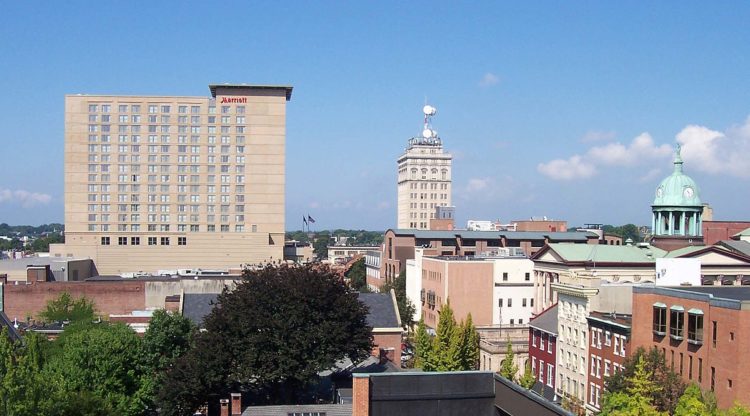 It is no coincidence that Lancaster in South Central Pennsylvania uses the red rose for its symbol. After all, it was renamed thus for its English counterpart, which in turn, possesses a powerful connection to the House of Lancaster that was represented by the red rose. With that said, while the Pennsylvanian Lancaster might not be counted among the busiest U.S. cities, it has its fair share of sites of interest. Something that visitors to the region will want to check out.

The Bethel African Methodist Episcopal Church is famous for a couple of things. First, it was a station on the Underground Railroad that helped slaves flee from the South. Second, the members of its congregation put a lot of effort into helping freedmen find new opportunities following the American Civil War.

One of numerous buildings of historical interest in Lancaster, the Hamilton Watch Complex is exactly what it sounds like. In short, the industrial complex served the Hamilton Watch Company as a factory as well as a headquarters for the better part of a century, which is why it has more than earned its status as a National Historic Landmark as well.

Once upon a time, the Lancaster Arts Hotel was a warehouse for tobacco. Nowadays, it is a fine hotel with a strong focus on the arts. For proof, look no further than the fact that it boasts an art gallery on the site, which exhibits the works of regional artists on a rotating basis.

Some people might be more familiar with Wheatland as the James Buchanan House, which was earned through two decades of residency by said president. Visually, it is interesting because it is a Federal-style house built out of bricks, but most people tend to be even more interested in its interior, which can be shown to them via guided tours.

The Demuth Museum is named thus because it used to be the home and studio of Charles Demuth, who was a painter of some note in the 20th century. The modern site is a museum of sorts that hosts a number of Dermuth works as well as other works by other artists who are connected to Dermuth in some manner. Examples include the themes of the works, the techniques used to create them, and even the epochs in which the artists worked.

Speaking of art and artists, Lancaster continues to have a thriving arts scene in the present, as shown by the existence of Gallery Row. In short, it is an entire street of art galleries, which showcase new artists and new artworks on the First Fridays of each month.

For people who want to learn more about Lancaster as well as the rest of Lancaster County, Landis Valley Museum is the place to visit. This is particularly true if they are interested in learning more about the region’s status as a center for the Amish and Mennonite communities, which remain prominent there in the present day. Due to this, Landis Valley Museum can prove very interesting for those who are fascinated by other cultures.