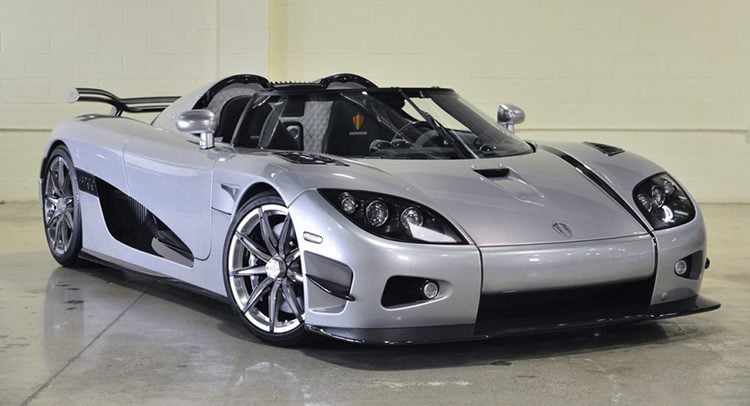 The transport industry in Sweden has long been known for its exceptional safety and quality, whether it’s the passenger vehicles, buses, trucks, or the several less-known specialist engineering companies involved in the tuning and creation of world-class rally cars. This backdrop was the foundation of the young Christian von Koenigsegg’s dream to launch his own car company in 1994. The main ambition: to build the ideal Super-car. At just 22 years of age he founded the Koenigsegg car company and set out to create what he considered to be the perfect car.

Although Koenigsegg owns a complete R&D department with modern equipment today, he had to rely on determination, self-belief, and imagination when starting out. He sketched the first technical layout of his first car himself and with the help of a small team working on meager salaries, handcrafted all the parts of the model. The prototype took just two years to complete.

With that in mind, here are our picks for the top 10 Koenigsegg models of all time. 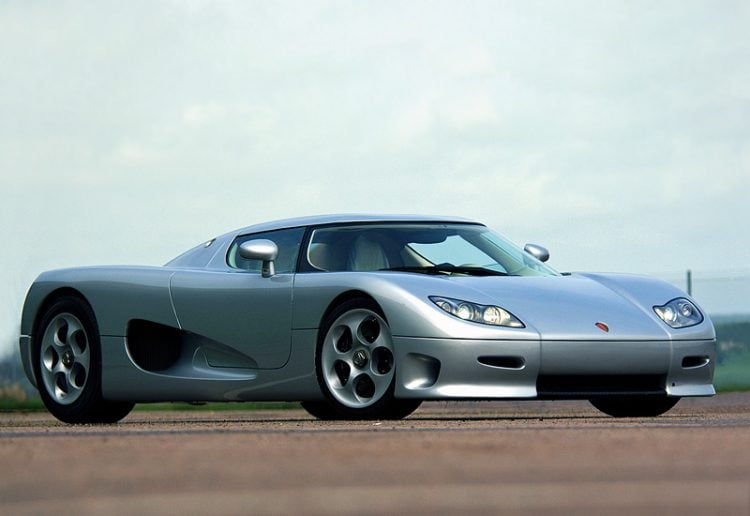 The CC8S was a result of eight years of development work that began with Christian von Koenigsegg’s desire to build his own car, making it his first production car ever. Its clean, elegant, efficient, and minimalist styling gave it a decent edge over its peers at the time. The car became the pioneer of all Koenigsegg models in terms of functionality, philosophy, and aesthetics. Only six cars were produced (two of which were right hand drive).

The engine was made at the Ängelholm plant by an in-house team, but using a modular Ford V8 engine as a guide. Most of the engine had to be re-engineered in order to have great maneuverability & reliability, meet emission regulations, and achieve 655hp with complete OBD compliance. The engine was integrated with a centrifugal supercharger with a big inter-cooler, ram air intake, merged exhaust headers, larger injectors, forged piston & connecting rods, and dry sump lubrication. Koenigsegg had to rework the cylinder heads and incorporate new injectors and camshafts. The list goes on. 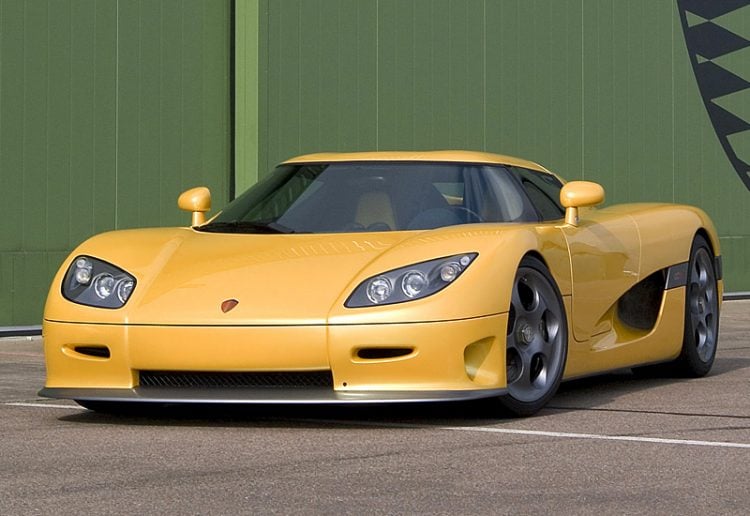 The CCR was an upgrade of the CC8S, and came in fourteen total models. It featured new enlarged wheels & tires, larger brakes, a rear wing, a larger front splitter, an enhanced body design, and improved suspension and chassis. Th CCR was also fitted with a stronger engine with two compressors that could put out an impressive 806hp. In general, the CCR looked more like a racing car in comparison to the more graceful CC8S.

In February 2005, the car was even awarded the Guinness world record for the fastest production car on the planet with a top speed of 388kmh, shuttering the eight year record held by the sensational McLaren F1. The CCX was the first car Koenigsegg had truly designed with the best and latest tools available. All chassis tooling and body were sketched in 3D cad and then cut using CNC machines, unlike the handcrafted method synonymous with previous models. They enlarged the chassis to match “the American market”. The lighting & bumpers were changed, while the roof line was raised. The electrical system became fully digital. Relays and fuses used semiconductor technology as opposed to physical relays and fuses. 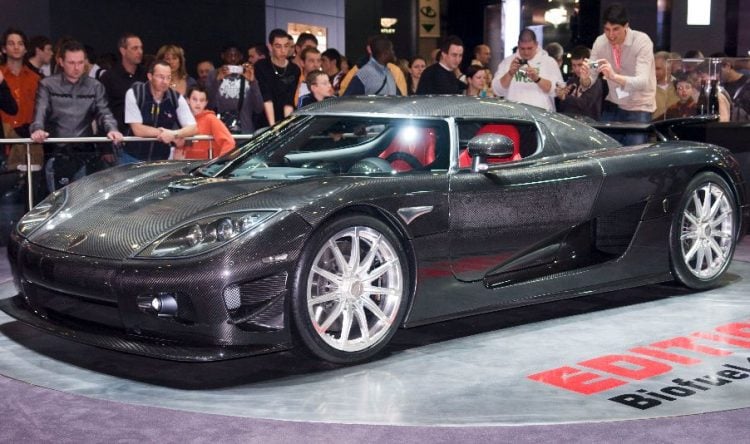 The CCXR was coined from the CCX, but with an integrated “Flower Power” as it could also function with recyclable ethanol. This model was the first green Supercar ever. During its debut, no other car manufacturer was even thinking about taking the environmental approach. Not only was the CCXR green, but its ethanol fuel also contained a higher octane rating than ordinary pump gas, meaning that its performance was on a completely different level. Its engine was based off the CCX, but highly modified to run on E85 and normal petrol thanks to a flex fuel system developed and advanced by Koenigsegg. Trevita simply means “three whites” in Swedish. The car is famous for its visible carbon weave bodywork, which has been recognized for its perfection and uniqueness. Before the Trevita, only traditional black carbon fibers were used in car manufacturing. Koenigsegg came up with a coated fiber solution specifically designed for the trevita, transforming the fibers from dull black to a vibrant, silvery white.

When hit by sunlight, it produces a sparkle that looks as though the visible carbon fiber bodywork has been lined with millions of small white diamonds. The car comes with a hydraulic lifting system, tire monitoring system, infotainment system, chrono instrument cluster, paddle-shift, airbags, carbon ceramic brakes with ABS, inconell exhaust system, and a special double carbon rear wing. Agera is a Swedish term that means “to take action”. It is derived from the ancient Greek word “Ageratos,” meaning “ageless”. As it turns out, these are very suitable descriptions for this gorgeous machine. The CCXR and CCX were quite difficult to top up due to their exceptional functionality and performance, but there was still room for improvement. This led to the development of a new interior, which featured the now popular “ghost” lighting system. All the interior symbols in this system are designed with virtually invisible, laser etched nano-holes via the buttons and aluminum panels. 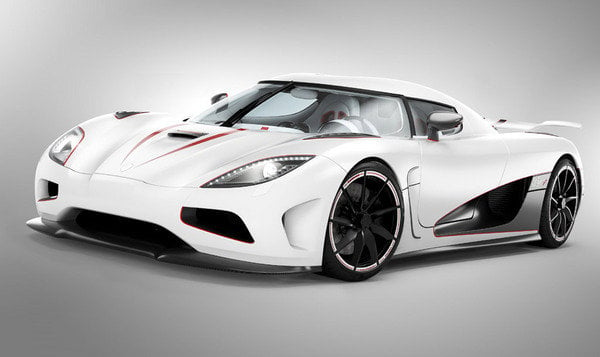 The Agera R was an evolution of the Agera, featuring enhanced features and functionality. It came with new, unique incorporations to improve both visual appearance and performance. These enhancements included: increased engine power with a boosted RPM limit, an all-new Aero exhaust, new front side wing-lets, and visible carbon at the bumper and front bonnet. The model enhanced the progress of the CCXR since it also ran on biofuel. There were only five Agera S created until 2014. This model was specifically designed for markets that didn’t have access to E85 fuel, rendering the car’s performance-enhancing flexfuel function redundant. Although it did not run on high-octane biofuel, the Agera S still managed to spit out an impressive 1030hp and 1100Nm of torque from its five-liter Bi-turbo V8 engine. This was achieved through 93 octane DIN or 98 octane RON.

The model was also the first car the company had produced featuring the revolutionary Hollow Space Carbon Fiber Aircore wheels that were produced and developed in-house. All these combined gave it a staggering speed of more than 400kmh. 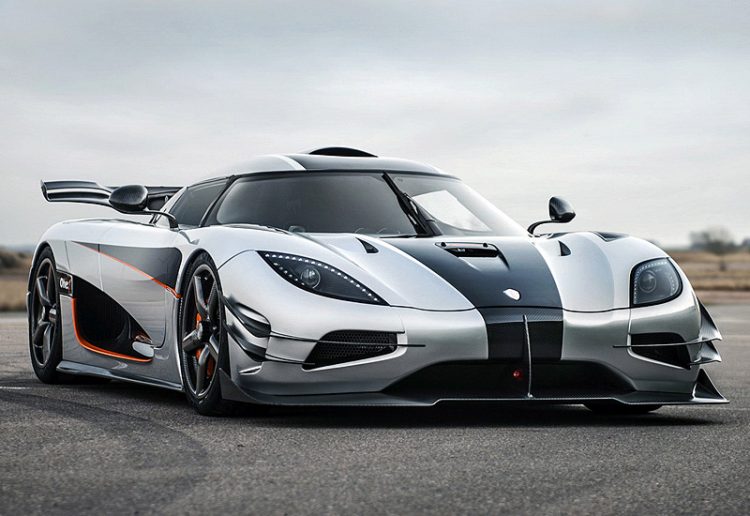 Produced in seven examples, including a prototype, the One:1 is one of the most elegant production cars ever devised in the car industry. it has an astonishing kg-to-hp curb weight ratio of 1:1, which was previously thought impossible for usable and fully road legal sports cars. It was the world’s first homologated car with 1 Megawatt of power (thus the name), making it the first series-produced mega car on the planet. The Koenigsegg Regera was exclusively designed to be a luxury mega car as opposed to the typical lightweight, extreme race-style road cars. The car features a blend of a strong twin-turbo V8 engine with 3 electric motors and efficient battery power through the new power-train technology referred to as Koenigsegg Direct Drive. The traditional gearbox has been omitted in this revolutionary technology, relieving its weight and making it more efficient. The name Regera (which also means “to Reign” in Swedish) is an ideal name for a machine that provides a unique combination of luxury, responsiveness, and power.