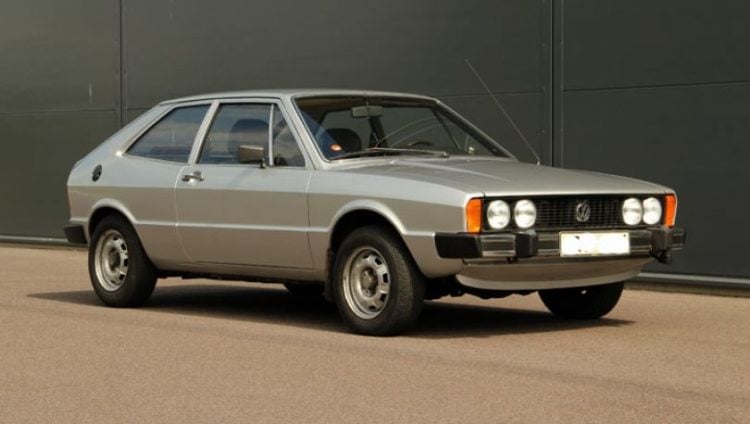 Popularly referred to as the German “People’s car”, Volkswagen can be traced back to 1937, when the company was created as the “Geselschaft zur Vorbereitung des Deutschen Volkswagen mbH”. The name was later shortened to “Volkswagenwerk GmbH” and its headquarters established in Wolfsburg. Initially, the Volkswagen plant was meant for mass production of the average German’s ideal car, as per Hitler’s dictation. However, after WWII broke out, the plant’s production transitioned to armaments and the cars under the Volkswagen logo were taken over by the Third Reich army. The British subsequently assumed control of the plant after the war and began producing the Type 1, popularly known as the Beetle throughout the world. The car remained a consumer favorite even through the sixties and seventies, primarily due to its reliability, reduced fuel consumption, and easy maintenance. Although it was replaced after being rendered irrelevant with time, the Beetle played a significant role in establishing Volkswagen in the automobile market. These are our pick of the top 10 Volkswagen car models of all time. 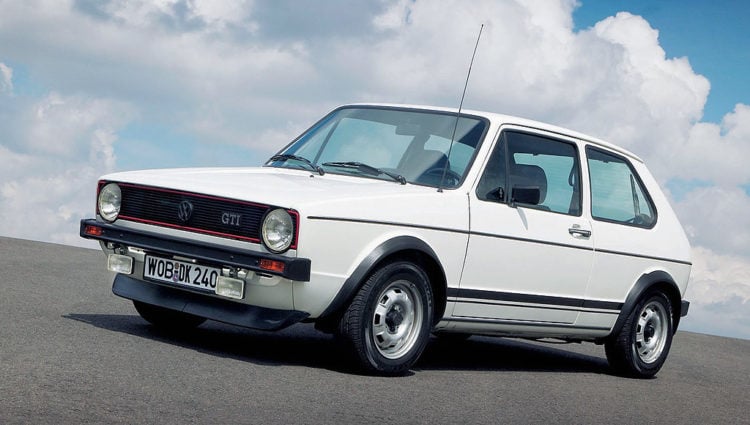 Officially unveiled at the 1975 Frankfurt Motor Show, the Volkswagen Golf GTI actually arrived in the UK market in 1977. Only 34 units were produced (all left-hand drive), which were sold in the first tentative year. The car used a 1,588cc four-cylinder engine with K-Jetronic fuel injection, with which it generated 110PS at 6,100rpm and 103 pounds feet of torque at 5,000rpm. At 810kg unladen weight, the GTI could sprint from zero to 60 mph in nine seconds on its way to a top speed of 110mph. The car was an instant hit. Once the right hand drive cars made their way into the UK in 1979, a reported 1,573 units were sold that year. The figure had tripled within two years. 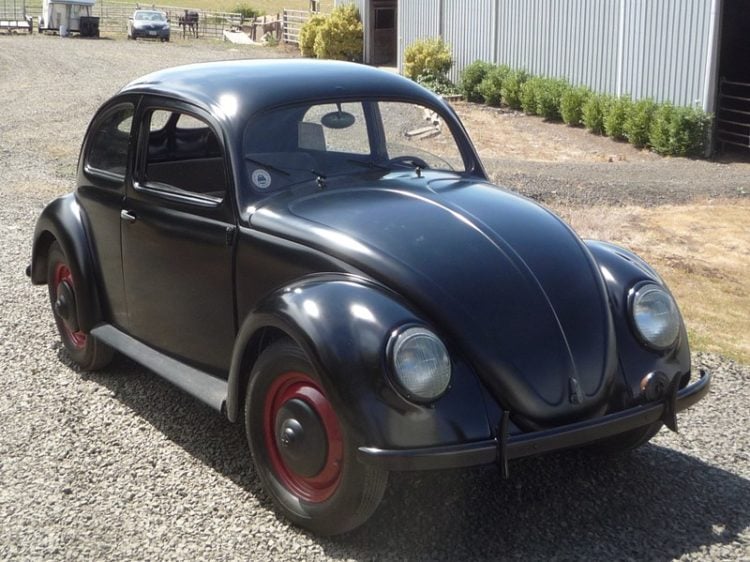 The Volkswagen “Beetle” is one of the greatest automobiles of the twentieth century. It began as the German people’s car, before transcending to a cult classic and an all-time best seller. The Volkswagen, which was originally Dr. Ferdinand Porsche’s idea, inspired unusual enthusiasm and loyalty based on its affordability, adaptability, reliability, and practicality. Its layout was practical and the platform backbone frame simple to construct. In addition, the rear-mounted engine was paired directly to the trans-axle (thus eliminating the driveshaft) and left substantial room between the wheels. An air-cooled engine replaced the entire water cooling system with pumps, radiators, pipes, and hoses, which was susceptible to freezing in the cold northern winters. The car is incredibly rare to find, especially in the U.S where it was not offered until 1948. Scirocco, also known as “The Racing Volkswagen,” was an excellent sports car designed specifically for racing. The car was successful in the Scirocco/Bilstein Cup series and category 1 Trans-Am, and was recognized as a very exciting everyday sports car. Its performance on the street was also spectacular, and it played a major role in the company’s transition from air-cooling to water-cooling. Scirocco made its European debut in 1974, replacing Volkswagen’s popular sports car – the Karmann-Ghia. 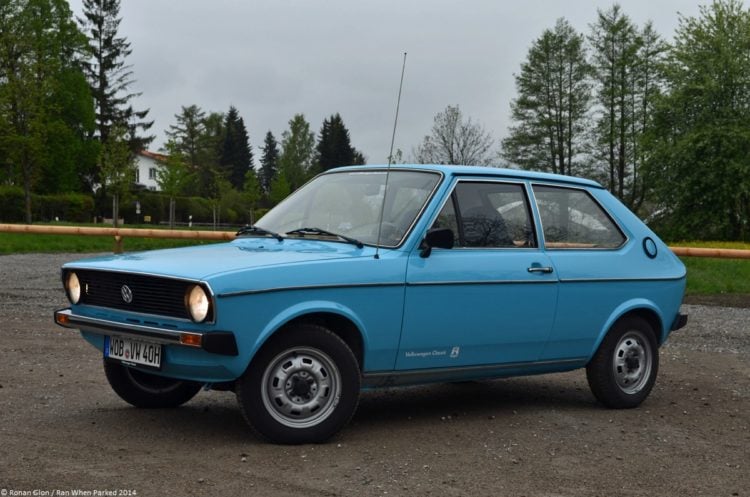 Upon its launch in 1975, the Volkswagen Polo was recognized by What Car? as the “Best Small Car in the world.” It was based on the magnificent Audi 50. Its first appearance in the UK market was in February 1976, after being unveiled at the London Motor Show. The 1975 Volkswagen Polo came in two trim levels. The N, which was the base model, had no frills and featured rubber matting, wipers, a single speed fan, and no external brightwork. The L was more luxurious and boasted chrome bumpers, anti-dazzle rear view mirror, reversing lights, grab handles, dual speed fan & wipers, and full carpeting. The Beetle was assembled by Karmann of Osnabruck, including the installation of the Teutonic folding top. The convertible was typically just as compact and quiet as the sedan when buttoned up, thanks to the thick “sandwich” construction at the top and glass rear window. But when folded down, the top created a massive “bustle,” making the car look very unique. The convertible also benefited from the same design and mechanical refinements carried out on the sedan models over the years. Production of the Beetle convertible ended in 1979, by which time the car’s price in the U.S had gone up exceedingly high due to inflation and relative value of the dollar against the deutsche mark. 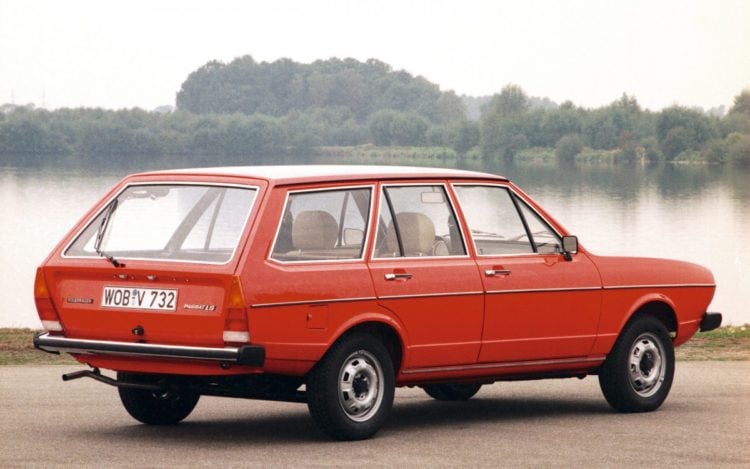 The original Volkswagen Passat was launched in 1973 and was offered in various body parts: the two and four door sedans, as well as the similar looking 3- and 5-door models. Externally, the four versions had a generally modern fastback style, courtesy of Italian designer Giorgetto Giugiaro. This was rather unusual, considering that two of the models were typical sedans with a separate trunk. All in all, Passat was a less expensive alternative of the Audio 80 sedan that had been introduced the year before with a more traditional body style. During its time, the 1973 Volkswagen Passat was praised as one of the most modern family cars in Europe. In the mid ’80s, despite the Golf GTi’s success, the Volkswagens were still considered more as dependable than desirable. That is, until 1989, when the marque introduced the Corrado. The car represented a tremendous breakthrough in the company. It went on to become Volkswagen’s fastest car in history and is still considered the brand’s most elegant car to date. It died after Volkswagen introduced cost-cutting measures after a brief 6 years of production. Right-hand drive models made their U.K debut in 1989. The first examples shared the GTi’s 1.8-L 16-valve engine. 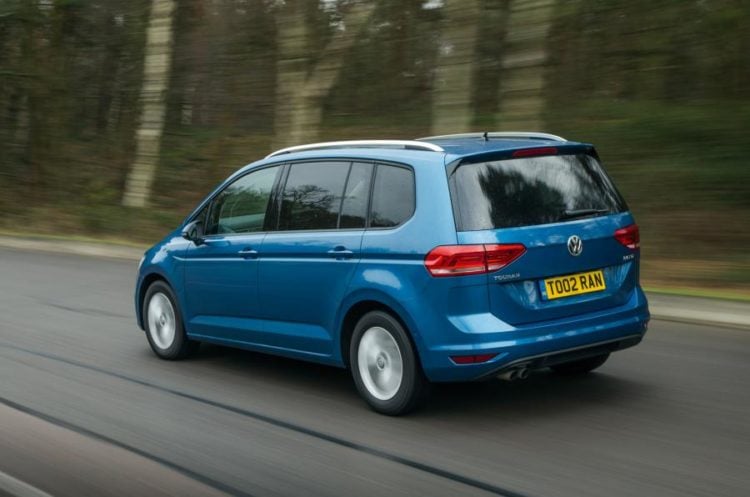 The Touring took a long time before making its official appearance in the market after its launch, but the result was worth the wait. The car was offered in either 5 or 7 seat guises and powered by a variety of competent engines. Where it lacked in styling flair, it compensated in space and versatility. To date, it is the most competently assembled mini-MPV. Used examples are beginning to appear and are a great value for their price. The Volkswagen Passat has a long history and needs little introduction. From humble beginnings in 1973, the Passat has evolved rather gradually until it reached its peak today. In 2010, the seventh generation version of the B7 was introduced, followed shortly by the Passat Alltrack. In many ways, the B7 was sort of a knee jerk reaction from Volkswagen. The credit crunch of 2008 had affected the European automotive market significantly, and it was vehicles like the Passat that were really feeling the pinch. In March 2012, the brand introduced the Passat Alltrack that proved to be the turning point. The country was recovering from the worst part of the recession and buyers were more willing to spend a little of their income on automobiles. The Passat Alltrack offered diesel efficient engines, which made it even more appealing. It lasted until 2014, when it was replaced by the new range of passats – the B8 MK8 generation. When the Up was introduced in 2016, it was recognized as the smallest car from Volkswagen. Regardless, the car did not compromise on premium quality. It blends low running costs with sophisticated driving manners not synonymous with cars of its caliber. It offers plenty of leg and headroom, and although it is not very spacious at the back, it can still accommodate adults as long as they are not too tall. The boot is big enough to hold a few shopping bags or a small suitcase, while the rear seats can fold down into two separate pieces. The height of the driver’s seat was fixed but the steering wheel was adjustable. Generally, the Up out-competed its rivals in terms of soaking up potholes and bumps on the road. The only quandary was that it tended to leak in more wind noise compared to its close rival: the Hyundai i10.