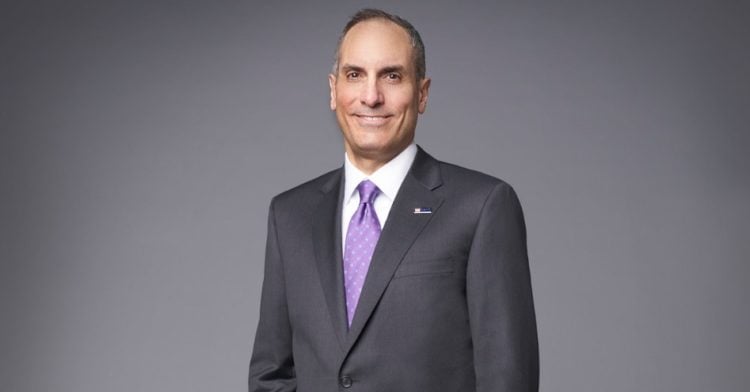 US Bancorp has recently undergone a change in their executive management. Andrew Cecere is leading the financial corporation as Chair of the board and Chief Executive Officer at US Bancorp. The high powered executive joined the team with an impressive record for his previous service with the company. He served in a variety of lower level positions prior to his appointment at the helm. He doesn’t put himself in the spotlight, so not a lot is widely known about the smart exec, so here are ten things you didn’t know about Andrew Cecere.

1. He’s an alum of the University of St. Thomas

Andrew Cecere attended the University of St Thomas in Houston, Texas. This was before he began his successful career in management. It was here that he earned his bachelor’s degree. This was the first leg of his journey into a successful career in executive leadership which would lead him to direct one of the top lending institutions in the nation.

2. He went on for a higher degree

Andrew Cecere didn’t stop at earning his bachelor’s degree. He knew that his goals would require him to have additional knowledge and credentialing. He went on to attend the University of Minnesota where he earned his M.B. A degree.

3. He gives back to those who helped him

Andrew Cecere has earned his place as a prominent business leader at US Bancorp. He makes the time to give back to his alma mater. He’s returned to St. Thomas as a guest speaker, talking to the students about how his education has made a difference in his career. He studied business and finance as an undergraduate at the school.

4. Andrew Cecere is known by another name to friends

Andrew is Cecere’s formal given name, but those who know him well don’t call him Andrew. He’s affectionately known as Andy. Andy is a high powered executive, savvy in business, but he’s also a human being who has a humorous side. He’s all business when it comes to taking care of the company’s interests, but when he’s dealing with people on a human level, he’s no different than you or I.

In addition to speaking at college and university campuses, Andrew Cecere also donates as much time as he can to try to improve the community around him. He serves on the board of directors for the United Way of the Greater Twin Cities. He also sits on the board of overseers for the Carlson School of Management, a division of the University of Minnesota. He has an abiding respect for education and encourages students to pursue theirs with passion.

Andrew Cecere is married. He and his wife have one child together. In addition to leading a very busy professional life, his time is divided. He’s devoted to his wife and child and still makes time for giving back to the community. This tells us what an amazing time management pro he must be.

7. His first year in the new job has been rewarding

Cecere has had a particularly rewarding first year with US Bancorp in his new executive role. In fact, it’s been productive in many ways. Not only has the company prospered, but so has Cecere. He was paid a handsome salary of $12 million for his contributions to the corporation.

8. He has high standards

Staff members who know Andrew share that he holds everyone who works with him to very high standards. It’s not hard for them to want to perform high because he expects no less than he is willing to give himself. His expectations are not perceived as being high flung. He’s also very encouraging and positive.

9. Andrew Cecere is the child of immigrant parents

Not everyone knows that Andrew’s parents immigrated to the United States from Italy. They sought a better life in the new country. This was a place where they knew that they could better their financial standing through hard work if they seized hold of the opportunities.

10. He acquired his work ethic from his parents

There is little doubt that Andrew has a very strong work ethic. His parents set the example as restauranteurs who worked hard to build a family business and to build their dreams. He understands the value and necessity of hard work and for him, it’s a way of life and it’s all that he’s known.