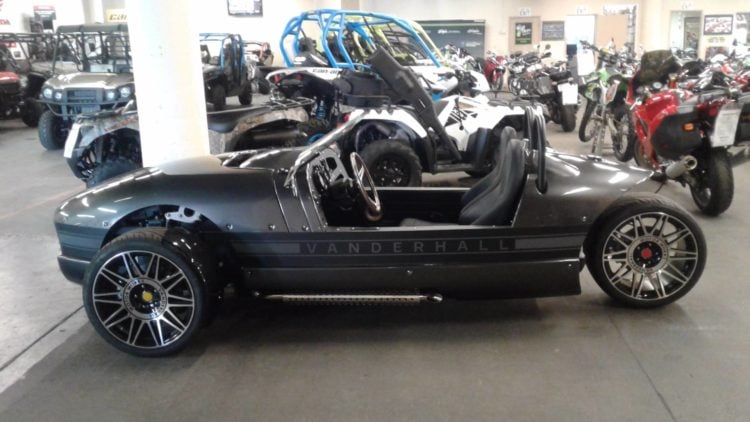 Vanderhall Motor Works is an American manufacturer of motor vehicles that has been becoming more and more prominent in recent times. However, it is interesting to note that said manufacturer doesn’t make what most people would expect when the term “motor vehicle” comes up. Instead, it makes a kind of enclosed motor vehicle called an autocycle, which is very interesting to say the least. Here are 10 things that you may or may not have known about Vanderhall Motor Works:

Vanderhall Motor Works was founded by Steve Hall, who had been a CAD designer at Novatek. For those who are unfamiliar with the concept, CAD stands for computer-aided design, which is why a CAD designer is someone who uses computer systems to help them come up with designs, examine those designs, and make changes to those designs.

Hall founded Vanderhall Motor Works in 2010, meaning that it has been some time since the start. However, Hall remains at the head of the manufacturer as the CEO. As a result, he has overseen the entire process needed to turn his initial concept into a sell-able product.

3. Is a Private Company

Currently, Vanderhall Motor Works is a private company, which is a term for a company that has its shares held by a small number of private shareholders instead of being made available to the members of the general public via the stock exchange. Naturally, this set-up has both upsides and downsides, with an excellent example being how the shareholders can exercise more control in exchange for reduced access to the resources that can be gotten from more shareholders.

Vanderhall Motor Works’s production facilities are based in the city of Provo, which is one of the biggest cities in the state of Utah. Some people might be familiar with it because of the presence of Brigham Young University. However, it should be mentioned that Provo is something of a center of technological development for the state as a whole, which is why it is such a popular place for start-ups.

5. Not the Sole Manufacturer of Autocycles

In short, an autocycle can be defined as being a kind of enclosed motor vehicle with a set of three wheels rather than the much more common set of four wheels. Suffice to say that autocycles are nowhere near as common as cars and other four-wheeled motor vehicles. However, it is interesting to note that there are other manufacturers out there who make autocycles as well, with an excellent example being Polaris Industries with the Polaris Slingshot.

Amusingly, it wasn’t that long ago that autocycles were oddities from a legal perspective. For instance, if most people were forced to compare autocycles to some other kind of motor vehicle, chances are good that they would compare it to a car. However, the National Highway Traffic Safety Administration classifies them as motorcycles, while each of the states had its own opinion about exactly what kind of motor vehicle an autocycle was supposed to be.

Earlier experimental models created by Vanderhall Motor Works used motorcycle engines. However, those turned out to be inadequate for the manufacturer’s needs, which is why it switched over to something better-suited to its particular needs, though not without some tinkering.

8. Inspired By Formula One Car

The looks of Vanderhall Motor Works’s products are inspired to an extent by Formula One cars from the 1960s. With that said, the connection isn’t that strong, meaning that it is better for interested individuals to take a look at them on their own to get a better idea.

9. Rumored to Have Been Built Around the Founder’s Dimensions

There are rumors that Vanderhall Motor Works’s products were built around Hall’s personal measurements. Whether this is true or not, a cramped cockpit is one of the complaints that has sometimes been brought up.

10. Has Released a Number of Products

The first product to come out of Vanderhall Motor Works was the Laguna. However, it has since released new vehicles, with an excellent example being the Venice in 2017. As it continues to operate, it will be interesting to see what other new vehicles will be made to improve on the existing product line.