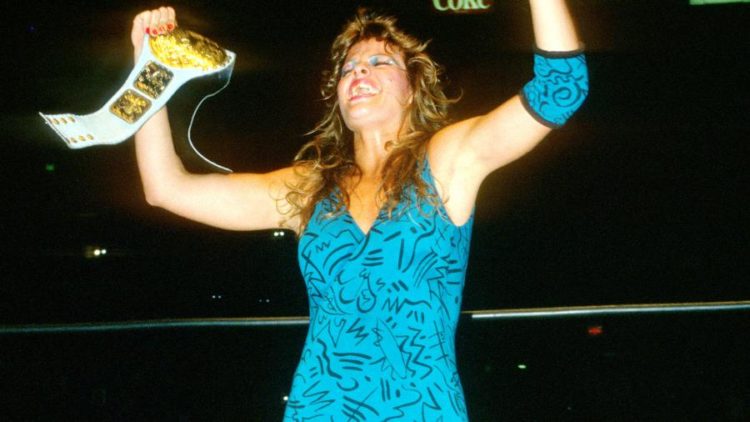 We have all heard of that employee who never even bothered to write their resignation letter; they just woke up one morning and quit. Wendi Richter is one of those who walked out of the WWF one day and never looked back. She only returned to be indicted to the WWE Hall of Fame in 2010, and although many people barely knew of this former wrestler, they got to know her then. In 2018, Sportskeeda mentioned her as one of the top richest WWE women wrestlers and Wendi Richter net worth was at $39 million. Here is her incredible journey of becoming one of the wealthiest female wrestlers of all time.

Wendi was always active as a child, and her most preferred sports were volleyball, cross-country, and track. She also participated in rodeo competitions and studied computer programming but decided to try her luck in wrestling. She, therefore, went to Lillian Ellison School of Professional Wrestling where she was trained by Joyce Grable, Judy Martina, and Leilani Kai. Her professional debut was in 1979 and 1982, Wendi began participating in tag team matches for the World Wide Wrestling Federation. Wendi formed The Texas Cowgirls by teaming up with Joyce Garble and together they fought and were defeated. However, the wrestling career started looking up when the women won twice in the NWA Women’s World Tag Team Championship. Money must have begun flowing because according to Pro Wrestling, another wrestling legend, Laverne Clarence Gagne, was reportedly the highest-paid wrestler in the 1950s. At the time, Gagne had already won the NWA Junior Heavyweight title and was making at least a hundred thousand dollars per year. With such precedence, although women wrestlers usually do not get paid as high as male wrestlers, Wendi Richter must have been getting almost a similar amount if not higher since over 30 years had already passed.

Becoming part of the WWF

Wendi joined World Wrestling Federation (WWF) in 1983 and in July 1984 she broke a record that had been held for so long by Fabulous Moolah. The two fought for the women’s championship, and Wendi won, breaking the seven-year reign by Fabulous Moolah although she was said to have held the title for 28 years. In early 1985, Wendi lost the title to Leilani Kai, but when the first Wrestlemania was held a month later, Wendi regained her title. Wrestlemania has become the most successful even in professional wrestling, and as such the winners take home a huge paycheck. It can be attributed to the wealth of some of the wealthiest wrestlers today like John Cena, Undertaker and Triple H who have won several Wrestlemania matches. Wendi Richter must have also received a lucrative amount although it cannot compare to what wrestlers get nowadays.

Fabulous Moolah must have held a grudge against Wendi Richter for stripping her of the WWF Women’s championship title in 1984 because she planned her revenge. In 1985, Wendi was supposed to defend her title by fighting a mysterious wrestler known as The Spider. During the fight, The Spider did not follow the rules and pinned Richter on the mat by her shoulders, making it possible for the referee to declare a quick win for The Spider.

Wendi had kicked after the count of one, but the referee wanted The Spider to win. Wendi was enraged, so she fought The Spider and unmasked her only to reveal that the face behind the mask was Fabulous Moolah. Allegedly, Vince McMahon was in on the plan to strip Wendi of her title because they had disagreed on Wendi’s compensation and she had refused to renew her five-year contract. Richter immediately took a taxi, still in her wrestling attire and left WWF, never to return as a wrestler again.

According to Wrestling Forum, wrestlers back in the day still received hefty salaries. Lex Luger made $500,000 per year as a WCW champion in 1991 and 1992 and earned $350,000 in WWF. Randy Savage made $1 million as the WWF champion from 1988 to 1989 while Ric Flair earned $700,000 per year as the NWA champion. Wendi Richter must, therefore, have made her millions for holding the WWF Women’s champion title and her contract with the WWF.

Wendi was not about to quit her wrestling career; therefore, she wrestled in independent promotions across the globe. She held the WCW Women’s Championship belt twice in 1987 and was the AWA Women’s champion in 1988. With the titles came more money, ensuring that her net worth was always on the increase until her retirement in 2005.

Wendi as a therapist

Wendi Richter continued earning her living as a real estate agent upon her retirement. However, having gotten used to so much money, getting paid on a commission basis was not the life for her. She, therefore, decide to go to school and get her degree. After 13 years, Wendi had her undergraduate degree in physical therapy and masters in occupational therapy. Wendi is now a therapist and makes a good living from her job, seeing that physical therapists make around $100,000 per year. The fact that most people prefer to go the natural route even in treatment, Wendi must get lots of patients with her experience in the field.

Wendi Richter competes in dog shows, and according to CNBC, people do not compete for monetary compensation but rather the feeling that comes with being crowned the winner. Dog owners spend a considerable chunk of money preparing for the competition, and the amount can go as high as $250,000 due to handler fees, and campaigning for their dogs. Luckily for Wendi, she is prepared for such an expense, and it barely makes a dent to her $39 million net worth.